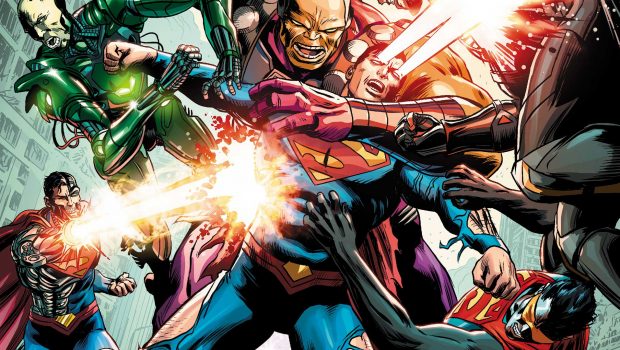 Summary: Dan Jurgens once again hits Action Comics out of the park!

Action Comics #982 commences with General Zod screaming “You promised me access to the Phantom Zone Henshaw” as Team-Superman led by writer Dan Jurgens and pencillers Jack Herbert and Jose Luis continue their thoroughly enjoyable Revenge storyline. Unfortunately for Cyborg Superman, his newly created Superman Revenge Squad with Zod, Mongul, Blanque, Metallo and the Eradicator are starting to question the loyalty they have given Hank Henshaw. However Cyborg Superman has a draw card to entice his ‘team’ which are the secrets of the Fortress of Solitude that holds a wealth of Kryptonian technology which they believe is their key to not only defeating Superman but fulfilling their heart’s desire. For Zod, he wants access to the Phantom Zone in order to free his army.

At the fortress, Lois Lane, her son Jon and their dog Krypto discover that the statues of Jonathan and Martha Kent have been destroyed which is a shadow of a Harbringer. As Jon investigates, he stumbles upon the rocket that brought his father to Earth and the intimidating Kryptonian battle armour which once saved Clark. Meanwhile Kelex is attempting to restore the vision of Superman (aka Clark Kent). So as a blind Clark tries to figure out a way to stop his deadly enemies, it is unfortunately too late as they have arrived at the doors of the fortress.

Lois pleads with Clark to run, however this is not in Superman’s nature as he activates the defense protocol of the fortress and orders Jon to take Lois to safety. However a wildcard is put in place with Kara Zor-El (aka Supergirl) who receives a distress message from the fortress. Even though Superman is blind, he valiantly attempts to hold his attackers at bay. With the odds against Superman, it is here where the tides of battle are turned.

“Not until — after — he kneels before ZOD!”- General

In a spectacular splash page by the artist, we are introduced Supergirl, Steel, Lex Luthor Superman, Superwoman and Kenan Kong, the new Superman of China as Lex proudly challenges the enemies of his former nemesis, “Superman is ours. The only way to get him — is over our DEAD BODIES.” What an epic splash page and the only bad thing about this issue is the two week wait until the Fight for the Fortress.

Dan Jurgens and co are really nailing Superman and Action Comics is a steady stream of awesomeness and is what this character is all about. Jurgens brings these characters to life with all their flaws, strengths and emotions and this comic should definitely be on your radar! 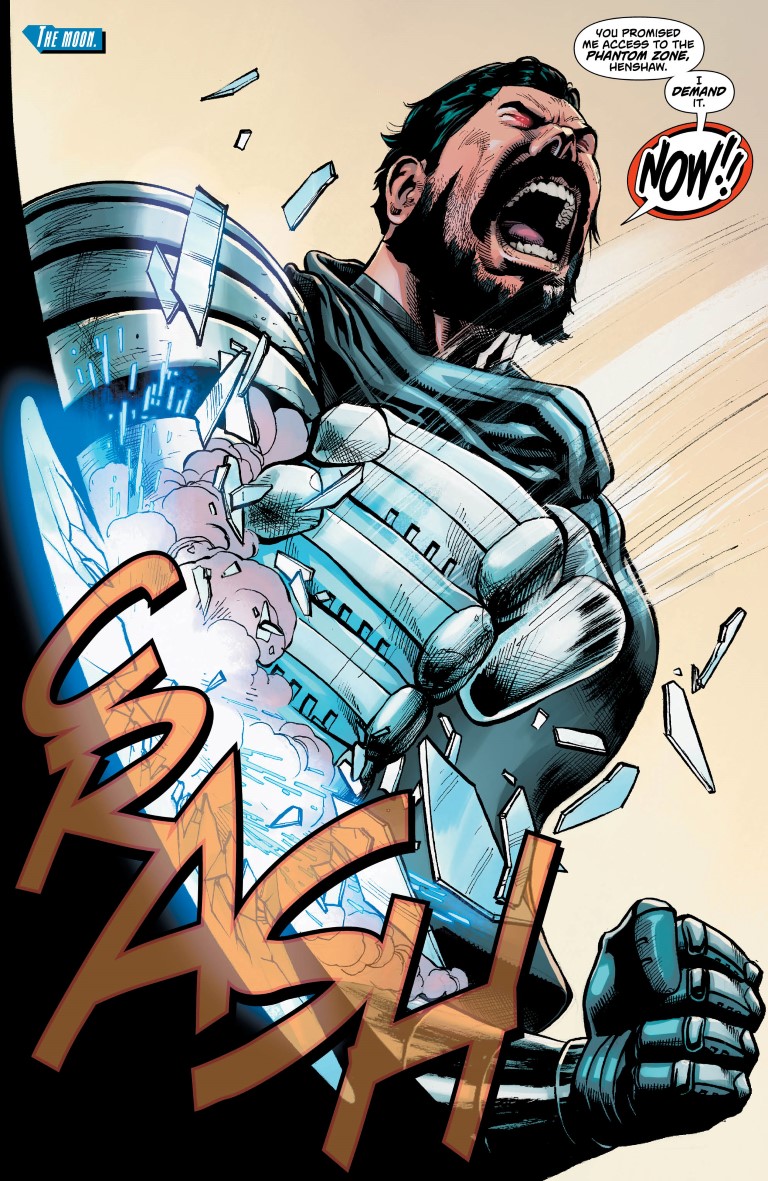 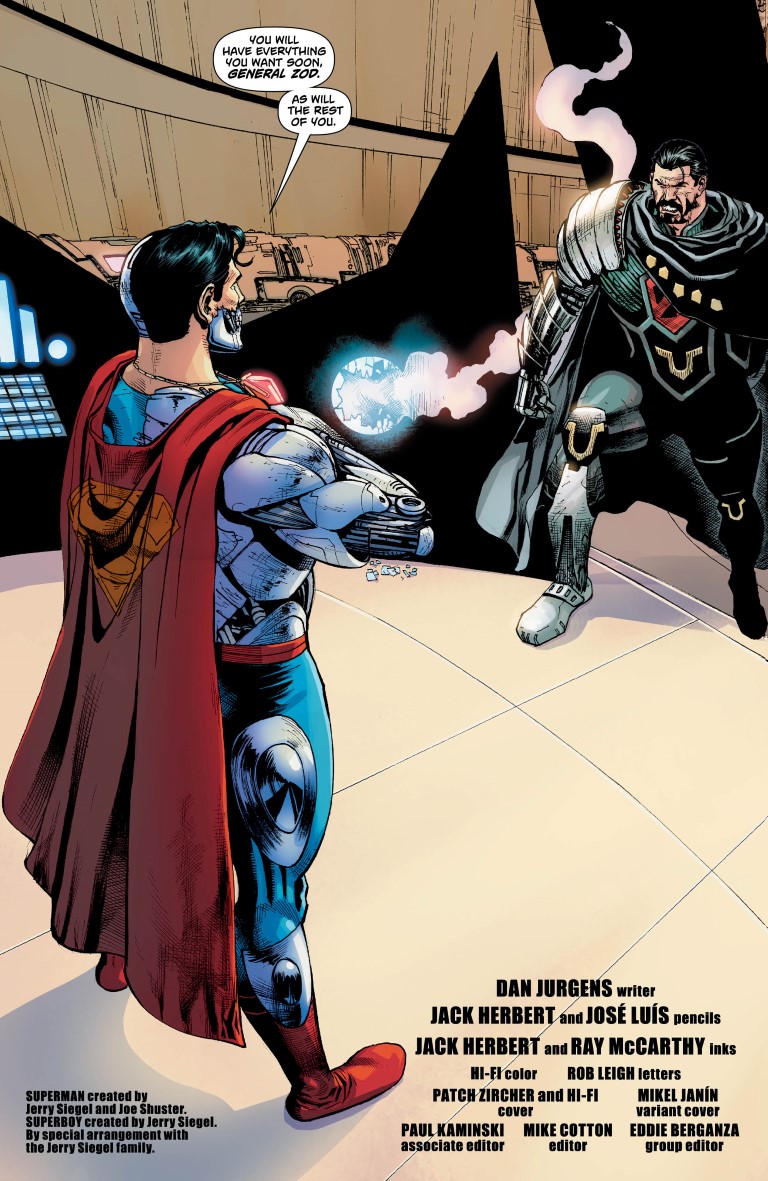 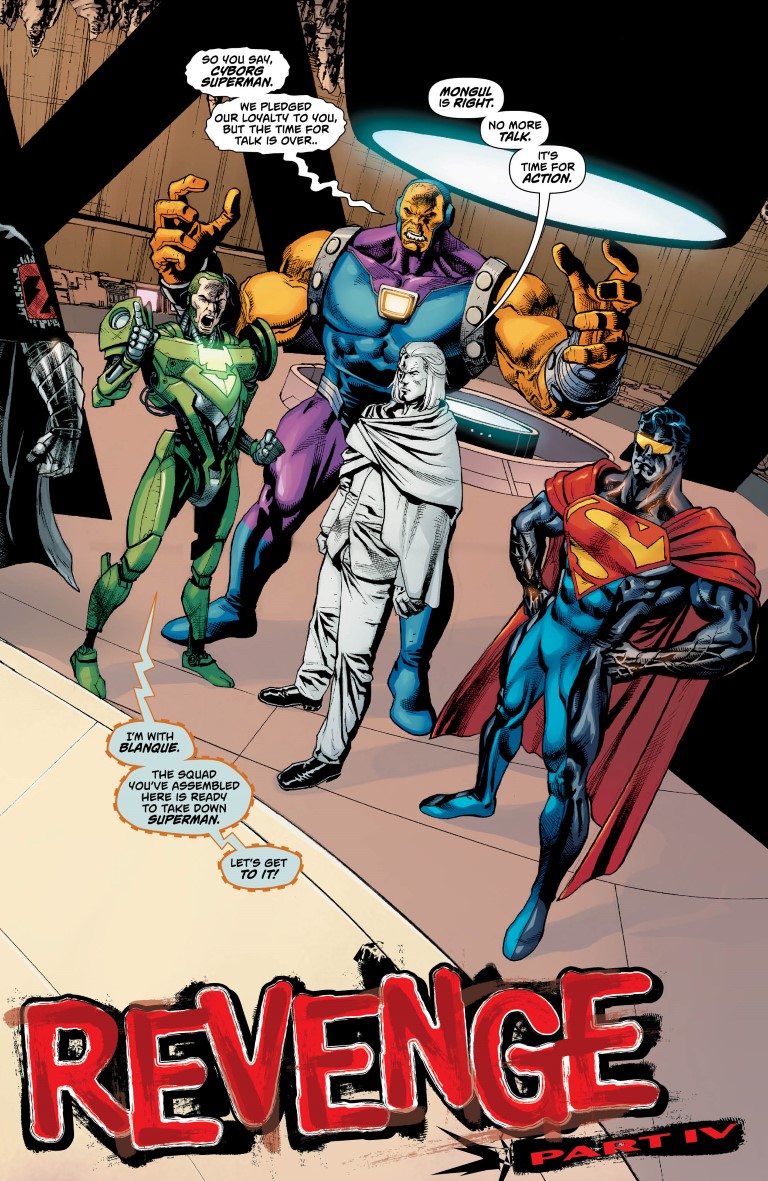 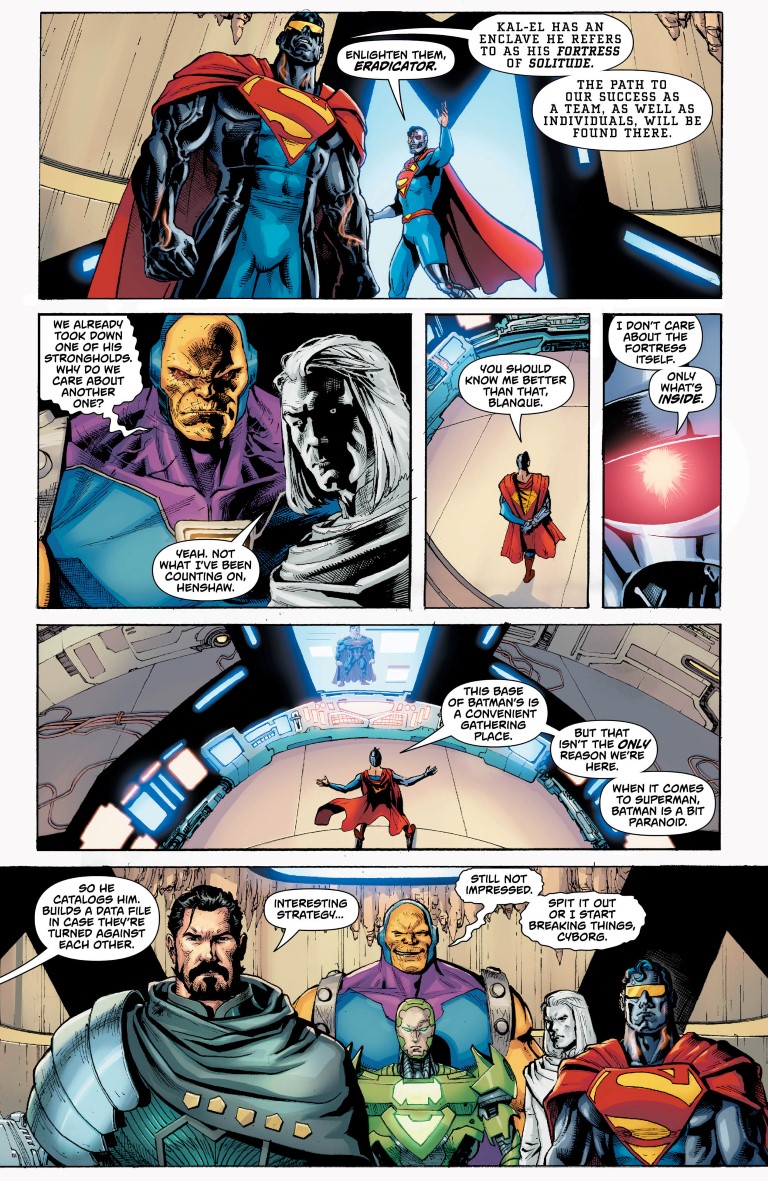 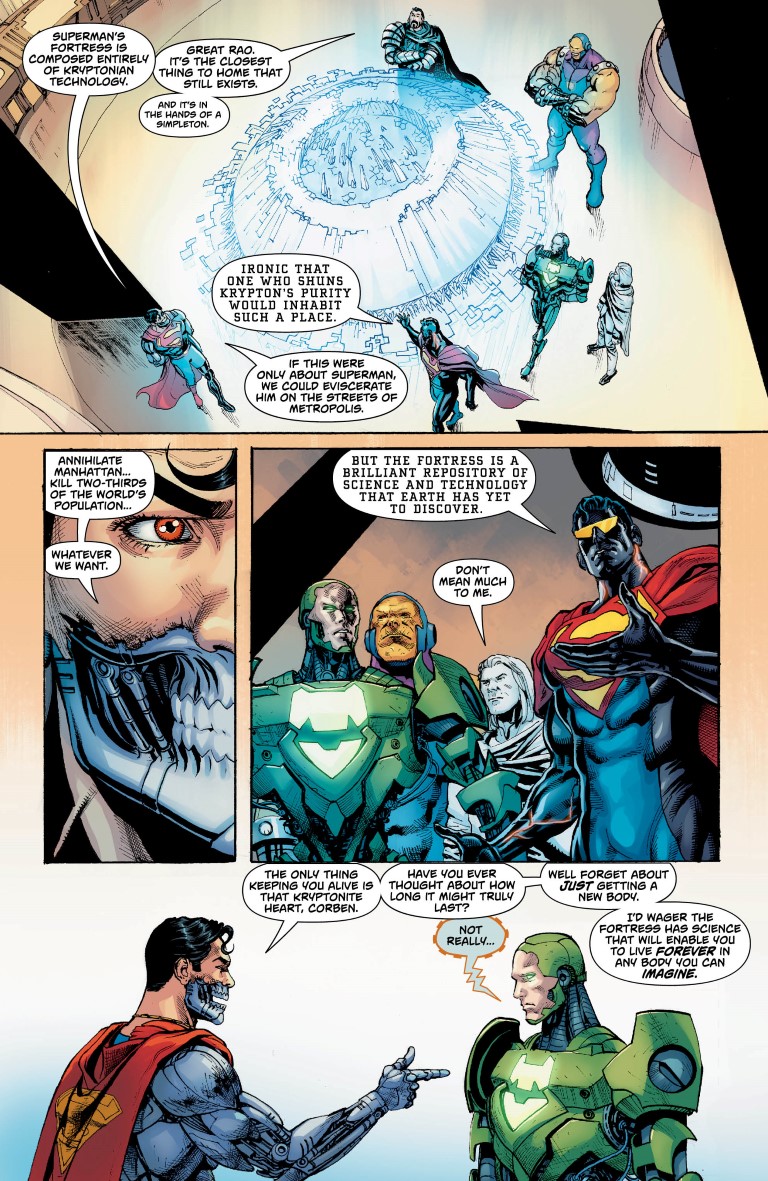 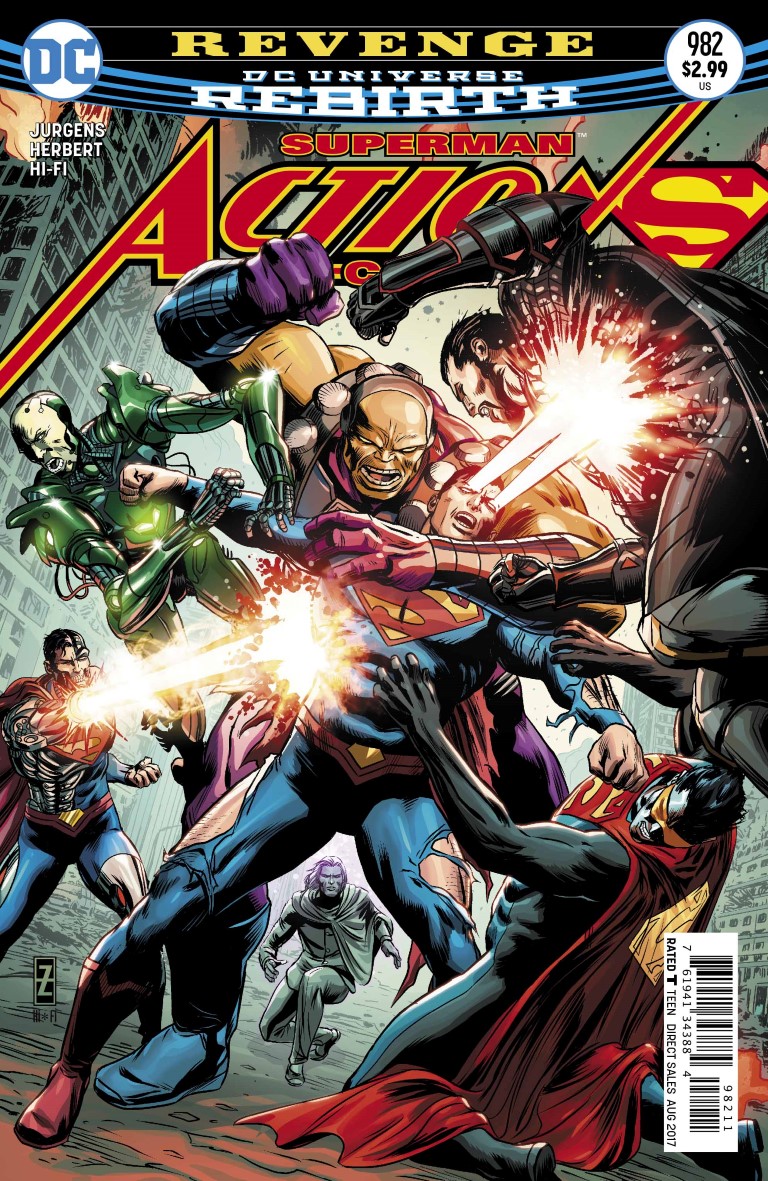 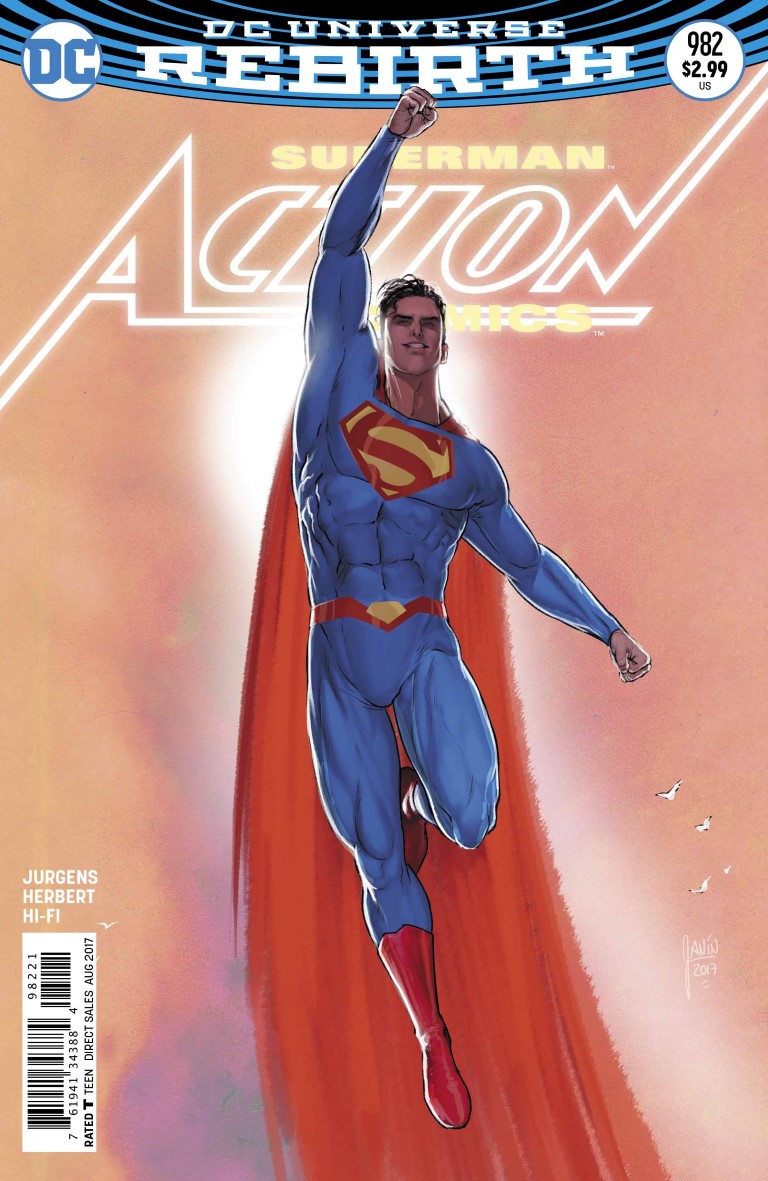