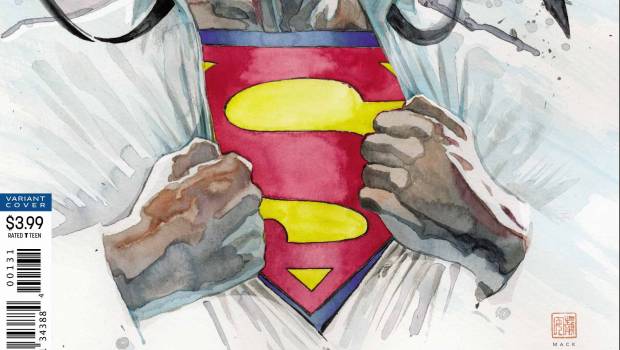 Summary: Superman continues to investigate the rash of fires throughout Metropolis. 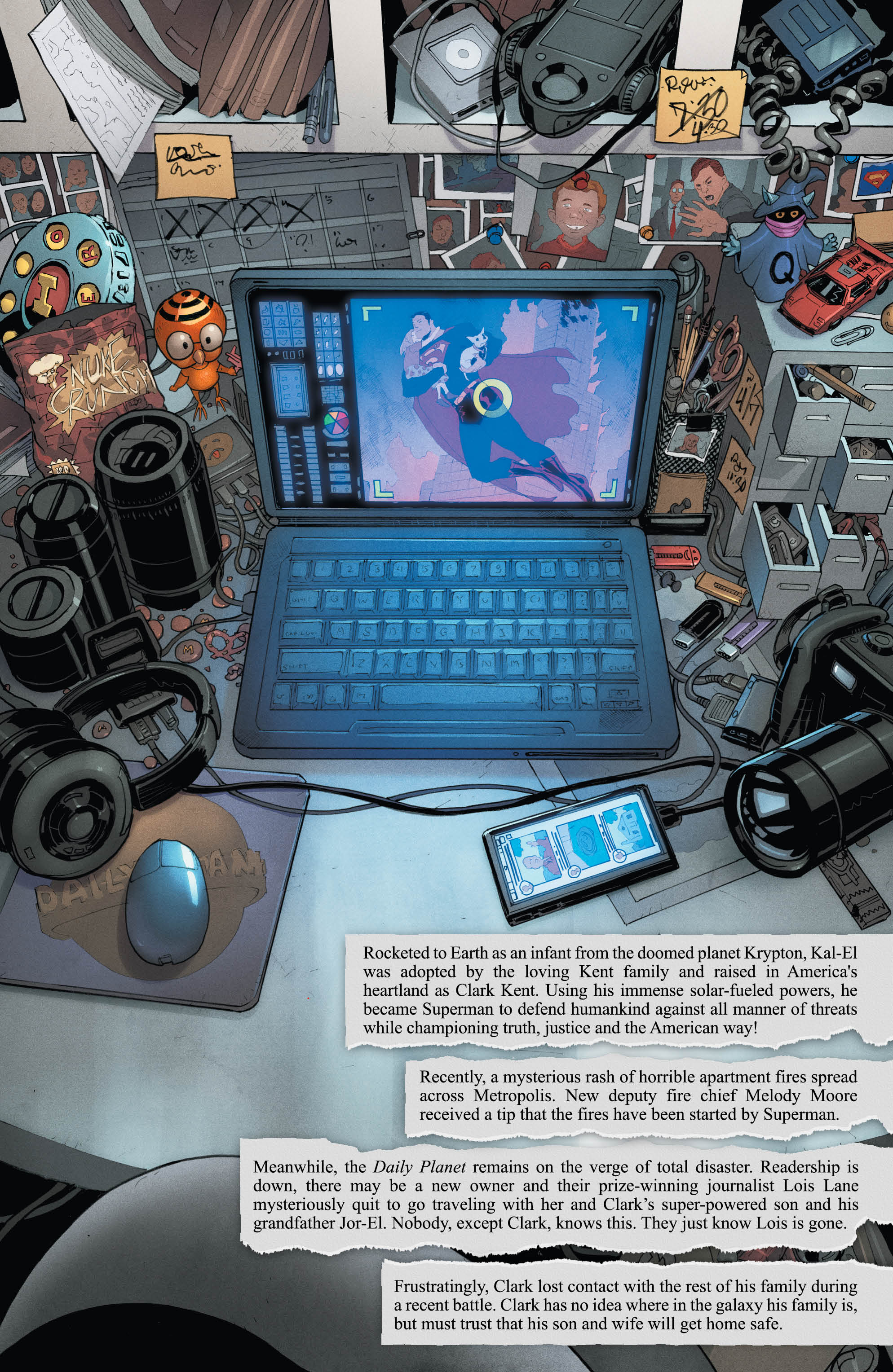 Though his issue didn’t pack quite the punch that Superman #1 did, it did however give us an interesting story nonetheless. This issue starts out with Superman doing his hero thing and stopping criminals in the midst of their devious acts. While waiting for the cops to arrive, Superman takes this time to interrogate these criminals to get any information they might have about the fire in Metropolis.  I really enjoyed this part of the story as we get to see more of the sarcastic side of Superman which I have really enjoyed since the start of Man of Steel.

After leaving the bad guys with the proper authorities, the story switches gears and puts Superman in the role of Clark Kent. Things during this part of the story kind of slow down and I got really annoyed by the gossip columnist and her hounding Clark Kent about where Lois is and prying into Kent’s life. How this isn’t some kind of work place harassment is beyond me. Come on Clark, there has to be an HR office somewhere… I digress. This particular part of the story just felt like it kind of slowed things down for the story but I went with it and luckily for the reader it is short lived. 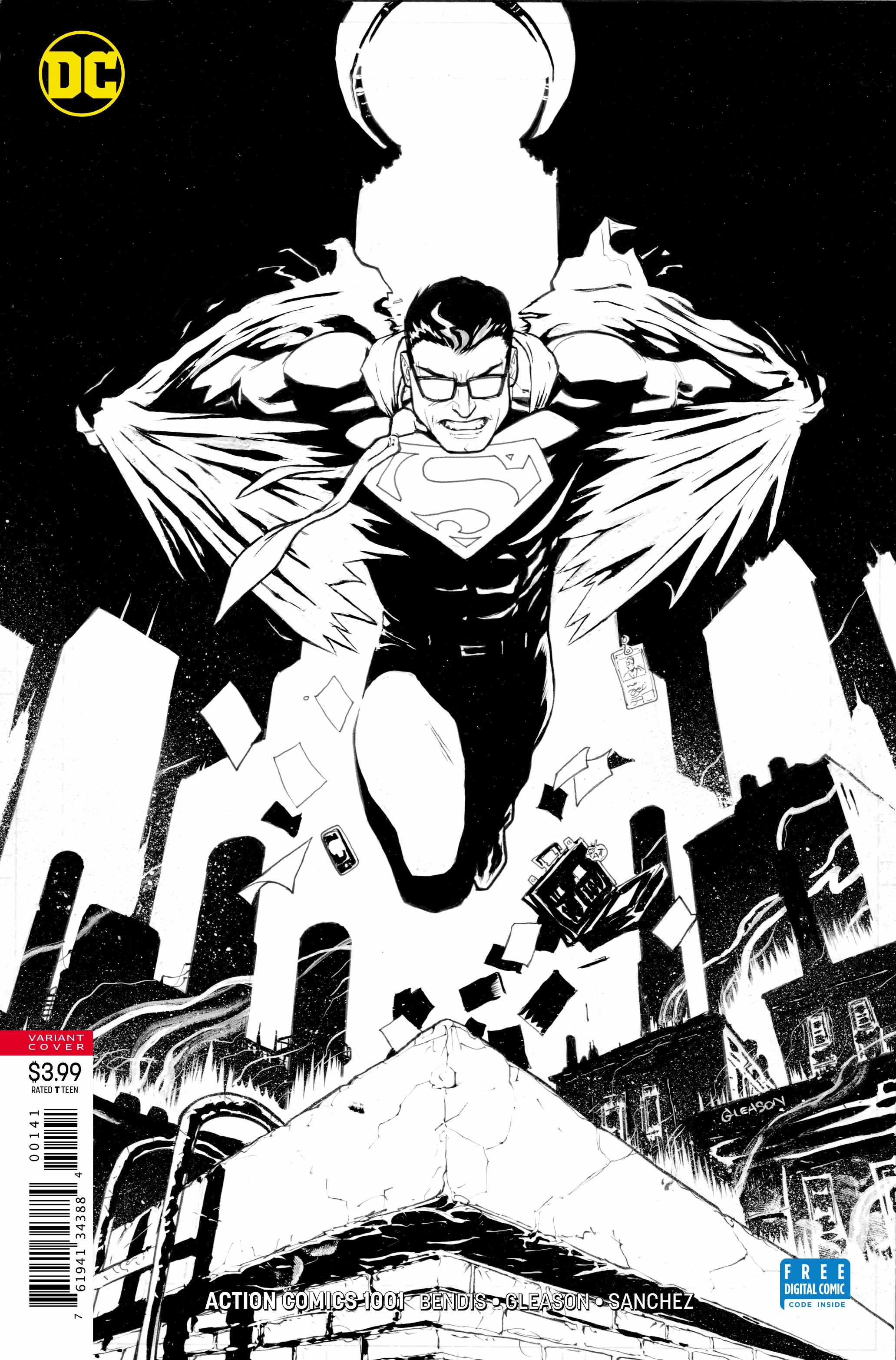 Bendis moves the story back to the investigation of the fires with Superman showing up at the fire station where Deputy Chief Moore is currently stationed. He questions her about the young boy that came forth with information stating that Superman was the culprit. Moore shows her concerns about involving Superman in the investigation because he is now a suspect. I honestly don’t see how anyone could have believed the kid at this point. I mean really how long has Superman been risking his life to save the city? The idea that anyone is even entertaining this notion is just silly. Anyways, Superman finally gets the identity of the boy who made the claim, and through his mother found the boy to question him about why he would say such things. I don’t want to give too much away about this part of the story but I will say the information does give Superman something to go on. 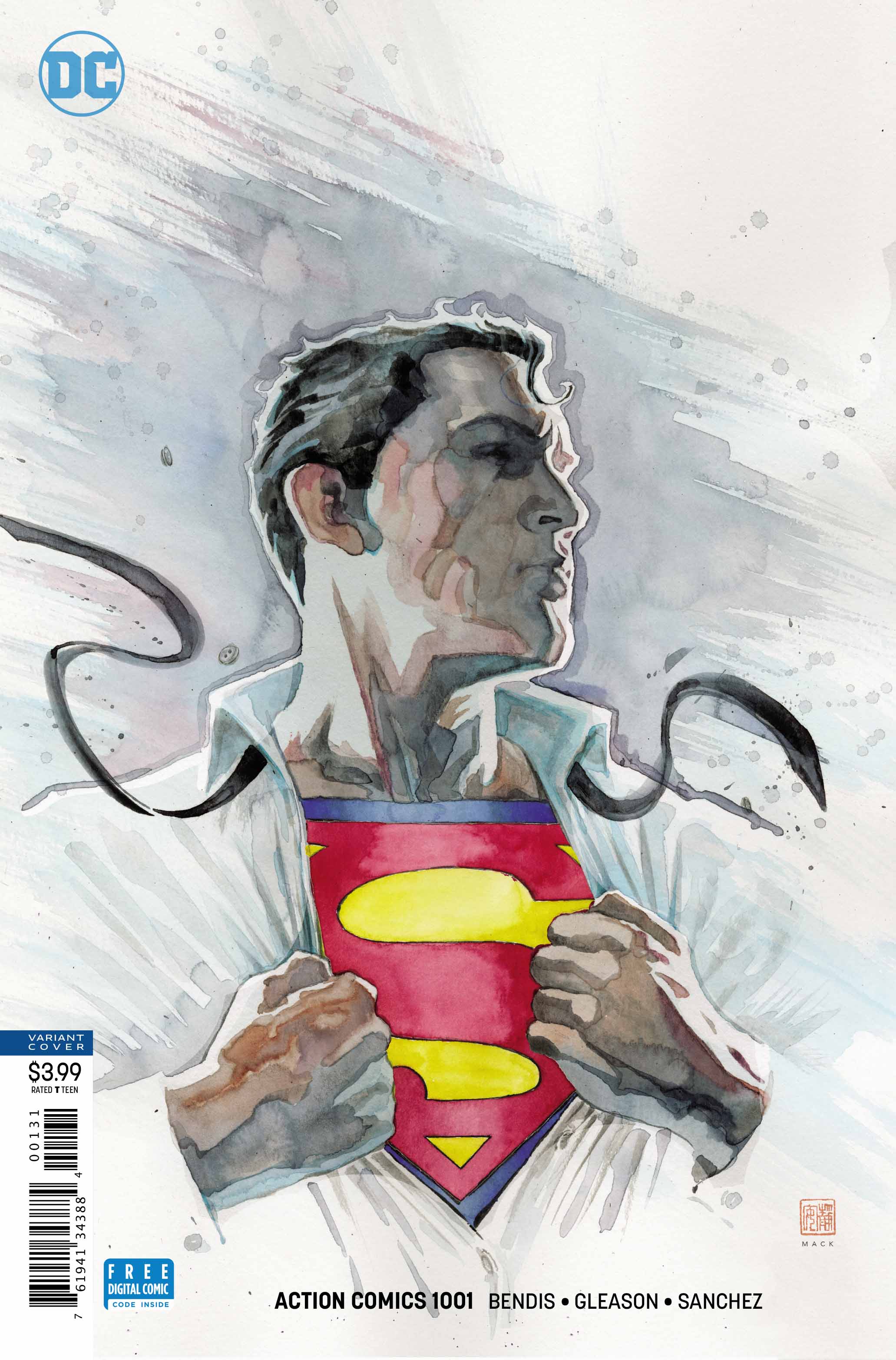 The final part of this issue answered some questions but left me with so many more. It unveiled some important plot points so for that reason I will not comment on it any further. I can say it was really interesting and if this fire mystery has been nagging at you then you really must read this issue.

Action Comics #1001 was a really good and though the art wasn’t always top notch like we got used to in Man of Steel, where it really held its own and worked well with the story. As I stated before, this issue didn’t pack the same punch as Superman #1 but doesn’t take away from the fact that this was a solid start to Bendis’ work on Action Comics. I’m giving this issue 4 stars and look forward to seeing where this story is headed.