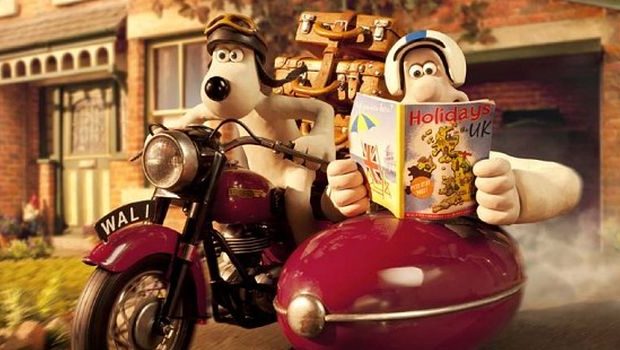 ACMI presents Wallace & Gromit and friends: The magic of Aardman

ACMI (Australian Centre for the Moving Image) today announced it will exclusively present Wallace & Gromit and friends: The magic of Aardman – the acclaimed exhibition celebrating 40 years of one of the world’s most successful animation studios – as part of the Victorian Government’s Melbourne Winter Masterpieces series.

Best known for its extraordinary Claymation productions, Aardman is the creative force behind beloved films and television series as Wallace & Gromit, Shaun the Sheep and Chicken Run.

Opening 29 June 2017, Wallace & Gromit and friends: The magic of Aardman reflects the quirky humour and idiosyncratic charm of the British studio from the sketchbooks, concept drawings and storyboards where ideas take shape, to the intricate, handmade puppets and sets that enthral audiences young and old.

During the exhibition’s visit to Melbourne, audiences can expect a diversity of experiences including film screenings, talks, interactive workshops and education programs for which ACMI is renowned.

“The Melbourne Winter Masterpieces series is one of our cultural gems,” said Martin Foley MP, Minister for Creative Industries. “It brings exclusive exhibitions to our city, provides a significant tourism drawcard and is yet another reason why Victoria is the creative state.”

“Wallace & Gromit and friends is a coup for Victoria. It will be a chance to gain inspiration from the best in the business while providing a ‘Grand Day Out’ for animation enthusiasts of all ages,” said Minister Foley.

The exhibition boasts more than 350 objects including: original artworks; over 50 set pieces such as Wallace’s Cracking Contraptions and Gromit’s famous vegetable garden; Shaun the Sheep sets; the flying machine from Chicken Run; and the spectacular 5-metre tall ship from The Pirates! Band of Misfits. Exclusive to ACMI will be additional artworks from the studio’s forthcoming feature film Early Man due for release in 2018.

ACMI CEO & Director, Katrina Sedgwick, said audiences can expect to be amazed by the originality on display in the exhibition.

“The magic of the Aardman studios lies not only in their exceptional skill, but in their ability to create so many characters that people of all ages love – funny, warm, playful, egotistical, generous and occasionally evil,” said Ms Sedgwick.

“This exhibition showcases the incredible technical processes of this multi award-winning claymation studio, illuminating their inventiveness and astonishing eye for detail, and enabling us to see the evolution of the many characters that have become beloved by us all. In these crazy times, Wallace & Gromit and friends: The magic of Aardman will delight our audiences and remind us that there’s a little bit of the heroic dog or chicken or sheep in all of us!”

Curated by Art Ludique-Le Musée, Paris, in close collaboration with Aardman’s Bristol headquarters, the exhibition comes to Melbourne following the studio’s 40th anniversary. Co-founders David Sproxton and Peter Lord will be in Australia for the opening in June 2017.

David Sproxton, Co-founder and Executive Chairman of Aardman, today remarked about the exhibition’s visit to Australia: “As Aardman celebrates its first 40 years, we thought it only right that we should mark the occasion with an exhibition celebrating the work of the many artists and craftspeople that have contributed to the studio and its films over the decades. It has been a wonderful exhibition to put together, enabling us to dig deep into our archives and pull out work that only a few people have ever seen. The exhibition demonstrates not only the amount of work it takes to get to a finished film, but also the imagination and skill of the large number of artists the studio depends on. We are very excited that the exhibition is going to Australia, exclusively at ACMI, and we hope it is enjoyed by a great many people.”

Popular theatrical releases have included The Pirates! Band of Misfits (2012), Arthur Christmas (2011), Flushed Away (2006) and the studio’s highest grossing theatrical release, Chicken Run (2000), all of which feature in the exhibition. One of the studio’s earliest stop motion animation characters, Morph, has been a children’s television favourite in Britain since he first appeared on television 1977, and remains staple viewing on Australia’s ABC3.

Wallace & Gromit and friends: The magic of Aardman follows the success of previous Melbourne Winter Masterpieces at ACMI, including the V&A’s David Bowie is (2015) and the ACMI-curated DreamWorks Animation: The Exhibition (2014), which is currently showing in Taiwan, its fourth international stop on a tour which has seen over 650,000 people enjoy the exhibition since its world premiere at ACMI. ACMI remains the only institution to tour its original Melbourne Winter Masterpieces exhibitions around the globe, taking with it Melbourne’s reputation as a cultural capital.

Wallace & Gromit and friends: The magic of Aardman opens exclusively at ACMI on 29 June 2017 as part of Melbourne Winter Masterpieces. A limited number of flexipass tickets are available to ACMI Members from Thursday 17 November 2016. Tickets go on sale to general public at 9.00am Monday 21 November 2016. For tickets and information please visit acmi.net.au.