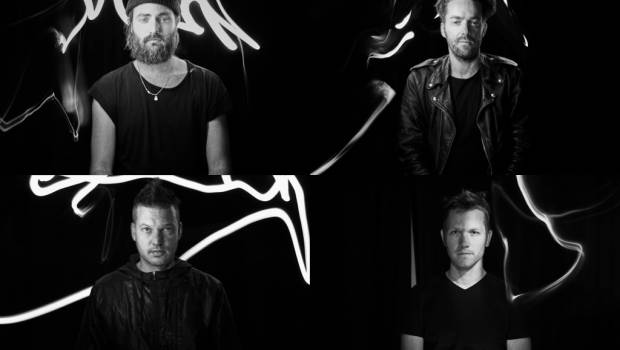 The Acid Performing Their Original Soundtrack For Renowned Experimental Film, the bomb, Live At Sydney Festival On January 23 And 24

We’re only a week away from the Australian debut of the bomb, which will be held this month at Sydney Festival. Presented at Sydney’s pre-eminent contemporary arts centre, Carriageworks, The Acid will perform the film’s original score live in front of two huge 9x6m screens that will fill the former industrial space. Concrete Playground has called it “one of the ten best music events at Sydney Festival 2018.”
Listen to music from the bomb here
Last month The Acid performed at an exclusive event in Oslo in connection with the awarding of the Nobel Peace Prize to the International Campaign to Abolish Nuclear Weapons (ICAN). The event was hosted by the Nobel Peace Center and Norwegian People’s Aid and commenced with an introduction by one of the film’s creators, award-winning author Eric Schlosser.

Schlosser commented on the reckless rhetoric about nuclear weapons coming from the US, North Korea and Russia, saying, “We need a new generation to realise how seriously we are threatened and take to the streets.“

the bomb is an experimental film that explores the strange, compelling, and unsettling reality of nuclear weapons. It has shown at the Tribeca Film Festival, Glastonbury Festival and the Berlin Film Festival. Sydney is the next stop on its world tour, which will continue with live performances throughout the world in 2018.

The Acid came together from four separate worlds. They are globe-trotting, Grammy-nominated DJ and producer Adam Freeland; Californian Steve Nalepa, whose time is divided between being a producer, composer and professor of music technology; Berkley graduate and LA-based artist Jens Kuross; and Australian artist and producer RY X. The Acid’s highly acclaimed debut album, Liminal, came out in 2014.

Stream, download, and pre-order the full soundtrack on vinyl here, and don’t miss The Acid performing the bomb live at Sydney Festival on January 23 and 24.