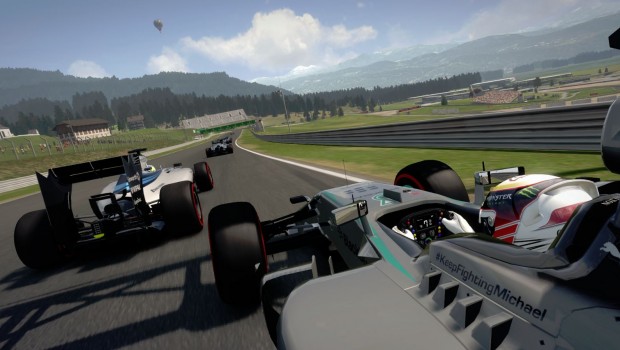 SYDNEY 9TH October 2014 – Today Codemasters® has released a new hot lap video for F1 2014. The hot lap video shows title contender Lewis Hamilton racing his Mercedes F1 W05 car around the Hockenheimring, which returns to the F1 2014 calendar, and game, having last hosted a race in 2012.

The 17 turn Hockenheimring first hosted a GRAND PRIX™ in 1970, and this year’s FORMULA 1 GROSSER PREIS SANTANDER VON DEUTSCHLAND 2014 was won by Lewis Hamilton’s rival and teammate Nico Rosberg. The two Mercedes drivers are competing to decide the title in one of the most dramatic and exciting conclusions to a FORMULA ONE™ season in years.

As the official video game of the 2014 season, F1 2014 includes all the seismic rule changes, new turbocharged cars, aerodynamics and more which have combined to deliver an unforgettable FORMULA ONE season.  Players can experience all of these new changes for the season in the game, and in addition to the return of Hockenheim, can experience the BAHRAIN GRAND PRIX run as a night race for the first time plus new circuits at Sochi in Russia and Austria’s Spielberg circuit.