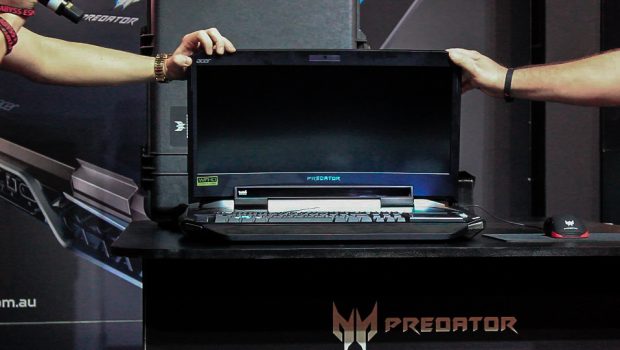 The Acer Predator 21X laptop is an exercise in excess. It represents the pinnacle of gamer decadence, prioritising form over function, style over substance, extravagance over practicality. Pandering to this stagnating ideal of The Gamer—the one that seeks to overcompensate for decades of the “weak nerd” stereotype by launching headfirst into grit, barbed wire, camouflage, and whatever other Hyper Masculine™ concepts can be scrounged together—the Predator 21X comes in what appears to be a military-grade weapons case, an obvious necessity for the modern, 21st Century gamer.

Within the dark grey, angular case is the Predator 21X itself, a hulking behemoth of a machine. The Predator 21X is “cool”: unusual, angular lines give a dynamic (maybe) design and make it feel science fiction. (It speaks volumes that I legitimately cannot think of a better word than “edgy”.) The technical specs are legitimately staggering, though—not least of which are two GTX 1080s, because, obviously, anything less than superlative graphical fidelity is not permissible. Most of the other notable aspects—64GB of RAM, 1TB SSD, Intel i7-7820HK processor—also help leave me with some truly difficult questions: who is this even for and what kind of person would even be able to make sure of a machine like this?

Here’s the thing: there’s a lot of legitimately awesome things about the Predator 21X. It has a built-in mechanical keyboard; that’s awesome and it certainly feels awesome. The keyboard’s numpad can reverse to become a touchpad; that’s bizarre, but awesome and adds some versatility and customisation. It has a Tobii Eye Tracking camera; that’s awesome and a little innovative. And, of course, the excessive elements have value, too; rocking two 1080s will ensure that the Predator 21X remains competitive, at least graphically, for more than a few years.

But practicality—or the lack thereof—must be the most confusing aspect for me. The Predator 21X is massive. It is thick, wide, and heavy—not ideal characteristics for a device ostensibly meant to rest upon the user’s lap. Computers that lack portability and cannot be used on a lap are typically called desktop PCs; the Predator 21X seems to have decided that such technical distinctions between labels are unnecessary, but I’m not convinced the average consumer will agree. It feels, in many ways, like a show model; that kind of one-off, ostentatious prototype that you wheel out to showcase the unattainable ideal, before directing the customers to the more affordable and more practical variations. 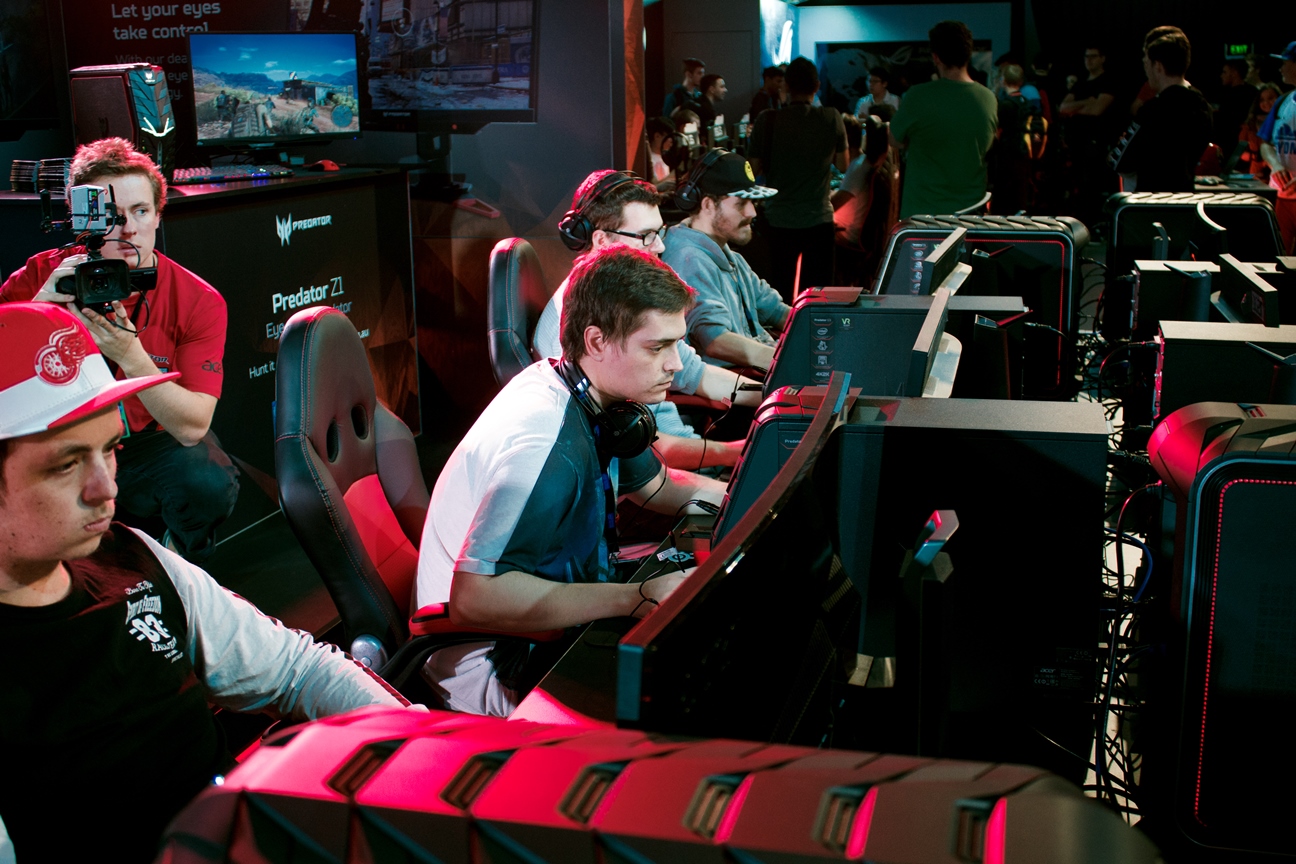 The thing that clinches it for me is the price tag: at almost $9000USD, we’re talking about seriously cashed-up gamers. Here’s the rub: for roughly half the price, you can build a desktop PC that is equivalent both in terms of sheer power and in terms of portability. With more time spent price-matching, I would bet that I could build a comparable laptop that is both powerful and embodies those other, more “laptop” oriented qualities that the Predator 21X lacks. It is important to mention a few things, however. First: Acer is a quality brand; my throw-together build to get a rough price comparison was not made from the very best available. Second: that Tobii Eye Tracking stuff is not something you can just buy off the shelf; wanting flashy new technology at your disposal is a plenty valid reason for considering the Predator 21X, but there must be more reasonable alternatives.

I spoke with a product manager at the Acer booth at IEM Sydney and asked about the target market for the Predator 21X: the “gamer” is increasingly doing more than just playing games—they’re streaming, YouTubing, developing—so what, if anything, is Acer doing to cater for this? The spiel about the wide range of products within the Predator series showed that Acer is trying to provide high-quality products for a variety of customers, but with all those options, the incentive to buy something as ridiculously overkill as the Predator 21X laptop seems entirely absent.

It just feels like the consumer is expected to pay an exorbitant amount for Acer’s brand name, the privilege of not having to assemble the machine, and one piece of innovative new technology. And, of course, all the gamer cred that comes with owning a “laptop” with a masculinity-dripping name like Predator 21X, especially when that laptop comes in a gunmetal grey military case.