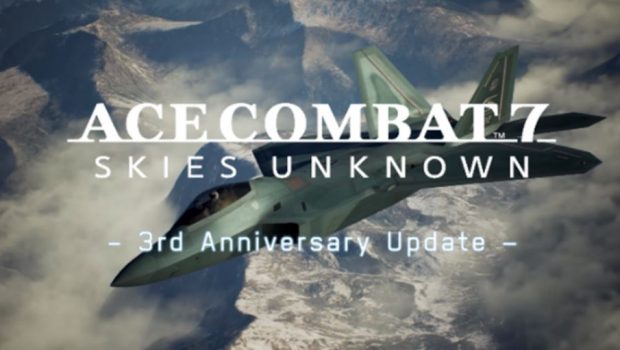 In addition to the Wardog Squadron skin for the F-14D Super Tomcat, six skins reprinted from ACE COMBAT 3, four European aircraft skins and a luminous skin for the XFA-27 have been added to this update.

Along with these, players will enjoy 17 new emblems including an ACE COMBAT 7 3rd Anniversary emblem, 3 Nuggets emblems and 13 THE IDOLM@STER SEASON Collaboration ones.

Check out the trailer featuring the update content here: https://youtu.be/yVPcwonl3PI

ACE COMBAT 7: SKIES UNKNOWN is available on PlayStation 4, Xbox One and Steam.