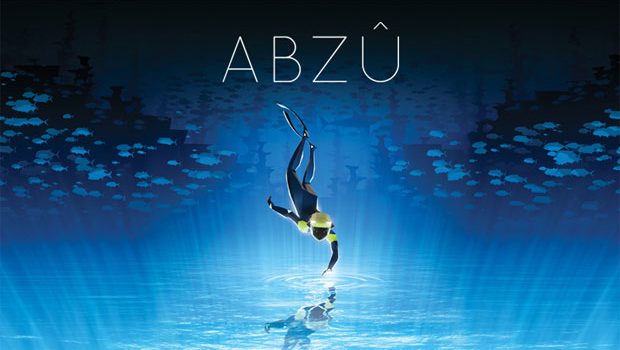 Summary: ABZÛ on the PlayStation 4 is a surreal, enjoyable and very calming game

From the artistic minds behind Journey and Flower comes another surreal and otherworldly adventure with ABZÛ, a game that successfully transforms the player into a scuba diver as he or she attempts to bring life back to the underwater biome from its lifeless toxic poison. Although a spiritual successor to these games, Abzu takes the player on another journey that although is familiar, is also strangely alien as you explore this underwater wonderland that merges the known with the unknown. To complement the game, composer Austin also gives Abzu a very powerful and emotional soundtrack, just like he did with Journey. 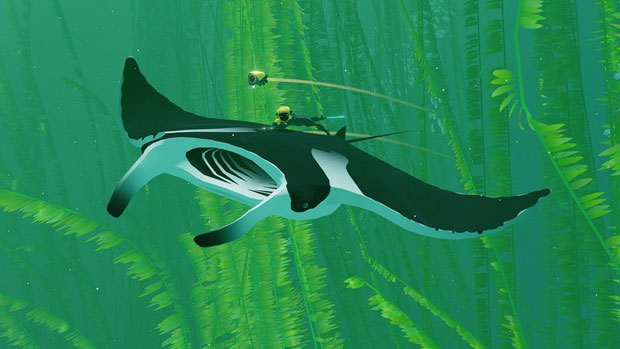 At its core, Abzu is also an exploration game with puzzles thrown into the mix as you explore this surreal underwater universe with fish, coral, tunnels and ancient buildings. The more you explore, the more the game rewards you which is definitely a highlight of this title. Furthermore, your character is a mystery who has an interesting relationship with the Great White Shark who is also part of your adventure with this secret slowly being revealed as you swim through the many levels in this game. 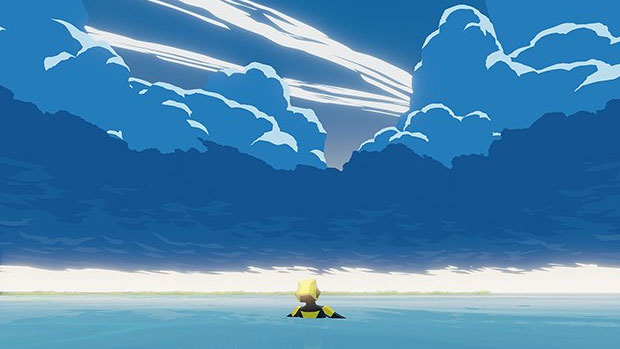 Given the freedom offered to the player, this Abzu would also be amazing on the upcoming PlayStation VR but nonetheless, it’s still an amazing and calming experience without it, especially on a 50″ LED TV. Then you have the controls which are quite minimalist and after a few attempts at swimming, you’ll soon be a scuba diver expert as you commence your ‘journey’ underwater. I must admit that at first, the controls did annoy me but after a few minutes, they work very well, especially with that floating feeling as you swim through corals and interact with the fish. 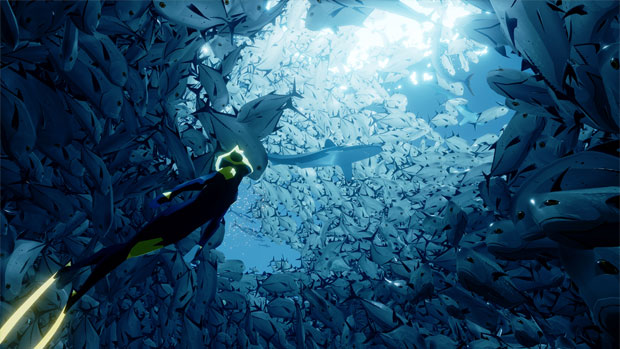 Amazingly, there are over 100 species of fish in Abzu, each with their own distinct looks and movement and you can even ride some of the underwater creatures that you encounter. If you have ever gone scuba diving or even snorkelling, this experience on the PlayStation 4 not only captures that but also enhances it. Another part of the puzzle element to the game is that your diver interacts with the environment by using an underwater pulse or sonar which interacts with certain puzzles.

The goal of Abzu and with the help of your little underwater robot is to help bring life back to the ocean that requires you to the find the missing ‘soul’ of the level that you are exploring. Once you have completed your set tasks, you then return to this almost off-world underwater temple where you return the soul of the ocean which helps re-grow the world. And just remember, not everything is what it seems in this world either. Another cool aspect is finding different underwater creatures that are trapped in stones and by using your underwater pulse, it helps free them. 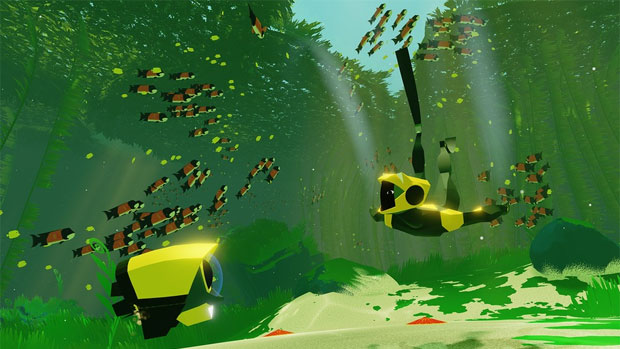 If you do get stuck, there are places to meditate which allows you explore the area without swimming in order to find your next puzzle or your little robot helper. The fish also play a part of the puzzles in the game and whether that’s your first encounter with the Great White Shark or something else, the gameplay of Abzu is not only unique but quite relaxing and I could easily see myself come back to this game time and time again because of its dream-like underwater atmosphere. It’s such a surreal and calming game! 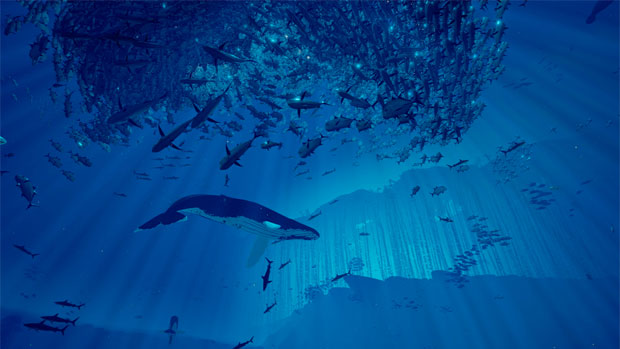 Graphically, the game does have parallels to Journey with its distinct almost cell-shaded animation and art director Matt Nava really creates this living, breathing underwater ecosystem that looks amazing on the PlayStation 4. I love using my scuba diver’s pulse to make schools of fish follow you and the animation of all the creatures is eerily real.

Given that, the underwater environments are quite detailed that is brimming with life, colours and some really spectacular effects which is highlighted even more thanks to the stylised art. It’s such a gorgeous looking game! As mentioned, Austin Wintory does the score for this game which almost links to some primal part of our brains that with the graphics and the gameplay, helps draw you into this magical world of underwater creatures, vibrant colours and at times, unimaginable environments. 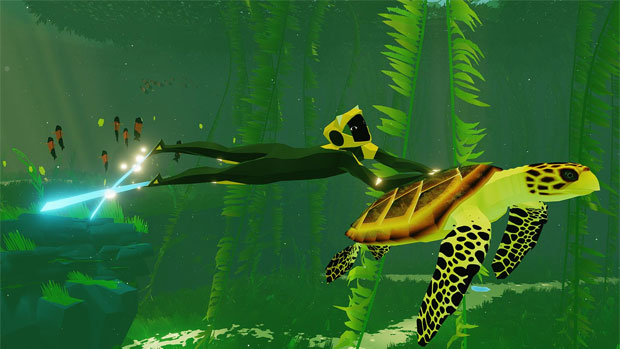 ABZÛ is a very original game on the PlayStation 4 and if you played Journey before, you may see a few similarities but at the end of the day, this is game should be played on its own merits and on that level it succeeds. Sure, the controls can be a little fiddly at times but overall, Abzu is a wondrous journey beneath the ocean that is a true graphics and gaming treat on this next-gen console which is not only fun but quite calming as well.