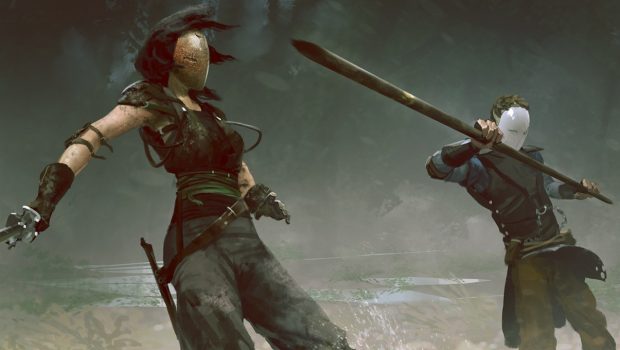 PARIS – The clenched fists at Sloclap and drunken boxers of Devolver Digital have detailed the online multiplayer features in their forthcoming melee combat game Absolver with the new ‘Friends & Foes’ video feature. The development team has also announced the first post-release content in a set of free updates scheduled to happen over the next six months including new gameplay modes, new features, and new moves to expand players’ customizable Combat Deck.

The core of Absolver’s gameplay is its deep fighting mechanics and online combat. Prospects will enter the plains of Adal alone and encounter both AI-controlled opponents and live players through Absolver’s shared online experience structure. Players will roam the world as their own independent ‘server’ as the game seamlessly introduces other Prospects into their game experience. Once players encounter one another they will have a choice to engage in friendly sparring, more aggressive PvP combat, or cooperative PvE play with up to three players at once. Through online cooperative play each Prospect will be able to learn new moves from one another, progress on their path to Absolution, and gain experience points that can be spent on one of six attributes to improve their skills.

Absolver also features unique fighting school mechanic where more advanced players can create their own school of combat that other players may join. The school creator effectively becomes a mentor to these students and this relationship allows for the mentor’s students to use their Combat Deck and the more robust catalog of more advanced moves that comes with it.

Sloclap has announced the first in many free content updates to the game to continue to expand the world of Absolver and cater to the wishes of the community. Through extensive testing and a closed beta, early players have requested features like 3 versus 3 mode, ranked matches, and a spectator mode to watch the action and jump in when it is your turn to battle. These three features will be some of the first implemented in a series of free content updates alongside new Combat Styles and moves for players’ Combat Decks.

Absolver fights its way onto PC and PlayStation 4 on August 29. For more information on Absolver visit absolvergame.com and follow @Absolver on Twitter.