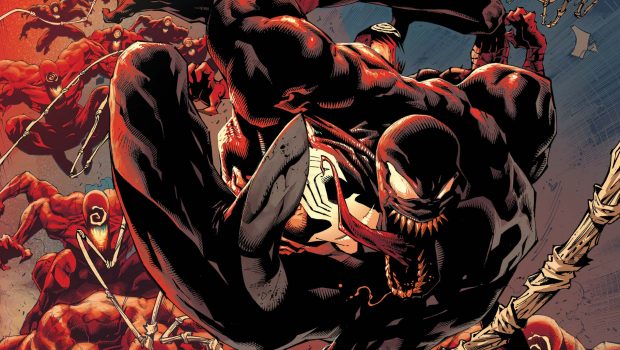 Summary: Absolute Carnage #2 has a few slow parts but overall the greatness outweighs the bad.

There is one thing I can say about my feelings about the Marvel Universe in the last five years and that is my interest in it has gone the way of the Lance Armstrong rubber bracelets. Gone without a trace… However, when I was given the opportunity to take a look at Absolute Carnage by Donny Cates and I thought to myself “Why not?” I mean, just read up on this guy and you can see how excited he is about actually writing comics and how well he promotes them. I feel like enthusiasm and self-promotion is really a lost art among a lot of comic book writers, so seeing this Cates attached to this project was enough to bring me in and to see what this was all about. I’ve got to say, Absolute Carnage is absolutely incredible. Cates has had no problem grabbing the readers by the eyeballs and taking them on an adventure that is so action-packed it leaves all the other Marvel Comics on the sidelines,wondering what the hell just happened. 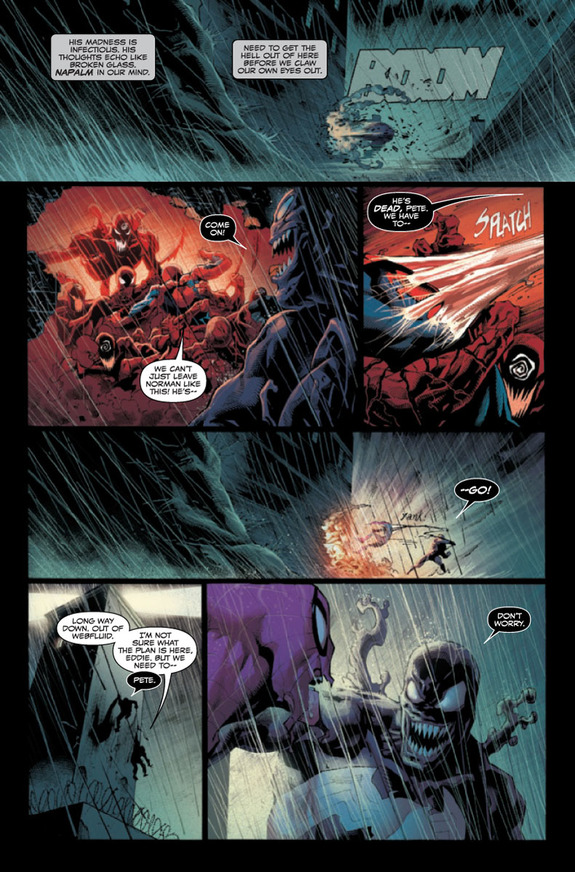 So, if you aren’t really caught up with what is going on with this story, I’ll give a quick rundown. Carnage hopes to takeover every hero and villain that has ever been in contact with a symbiote so he can unleash the symbiote god Knull. I mean, what more do you need to know to want to jump on board with this series? In issue #2, we get to see Peter and Brock fighting for their lives against a Carnage Army. While there is a lot going on in this issue, I don’t want to spoil too much so all I can say is that this issue is an absolute buy. So far this crossover event has actually made me excited to actually pick up a Marvel title again. Whether you are a Spider-Man and Venom fan or just looking for a place to start, this deserves your attention.

Not only was this a fun read, with some great writing, the art team really know how to work well with Cates story-telling in this issue. The pages are just so visceral with raw scenes to violence, yet oddly enough there is a beauty to it all as well. This is something I have felt Marvel has been missing for some time.

Now I will say this series has a few downsides: one being that big crossover events usually requirethe purchase of a lot more comics than I really want in order to understand the full story. The story itself has a few slow parts but overall the greatness outweighs the bad. I’m giving this issue 4.5 stars. 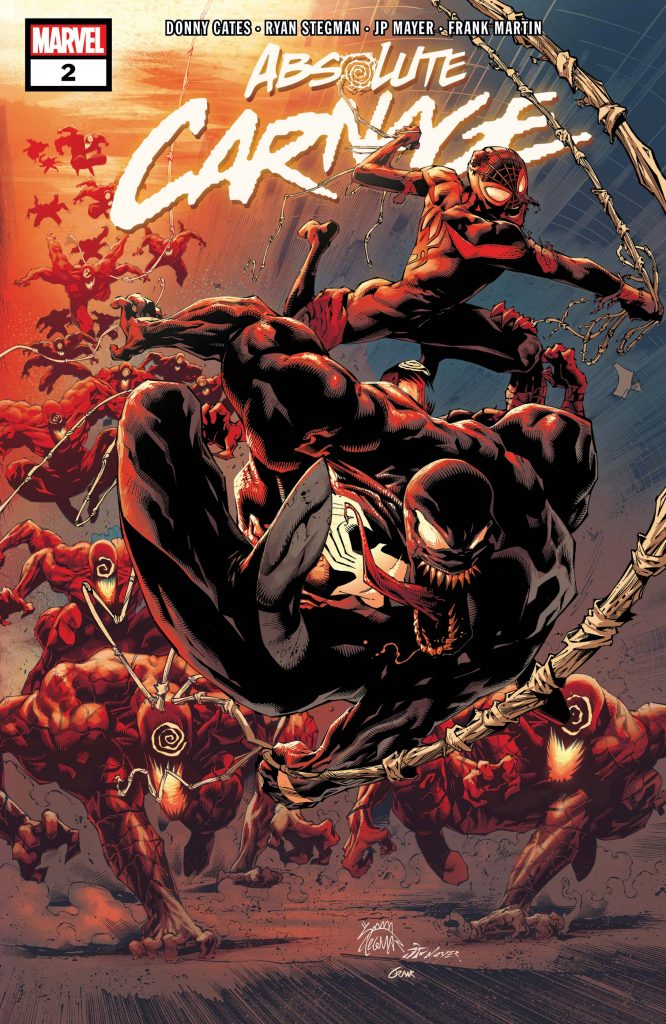