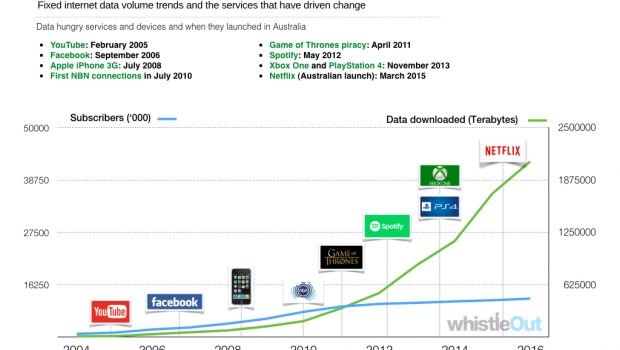 Joseph Hanlon, Publisher and telecommunications expert at WhistleOut, comments on what the rapidly increasing trend in data downloads means for Australian consumers:

“According to the latest ABS figures, while the number of broadband subscribers has slightly increased, the amount of data we’ve downloaded has skyrocketed. The average subscriber now downloads 53GB of data per month on fixed broadband. That’s a 45% increase on last year’s figure of 36.5GB per month, which itself was a 35% increase on the previous year of 27GB per month.

“We see the same trend with data use on mobile phones. Two years ago the average amount of data someone downloaded by mobile phone was 0.63GB per month. That jumped 81% to 1.14GB last year, and has increased another 58% this year to 1.8GB of data.

“The ABS figures take into account every phone subscription, regardless of what type of phone a person has. When you consider smartphones are where mobile data is being used, and smartphone penetration in Australia is at 90%[2], that means the average amount of data now being downloaded by smartphone users is actually closer to 2GB per month.

“And of course, being average figures, we know there are many people using far more than these average amounts each month. The ABS figures really help shine a light on just how important data access is to our lifestyles.”

There have been some key events that have prompted us to demand more data, such as the introduction of streaming music, streaming video and the widespread growth of online gaming: 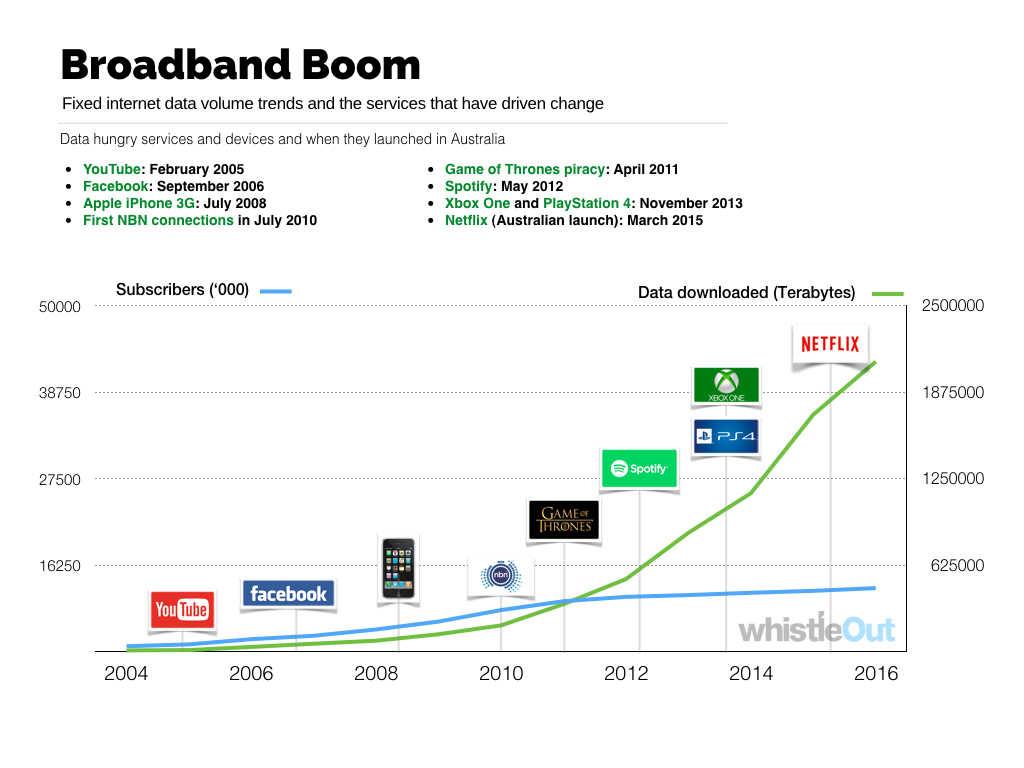 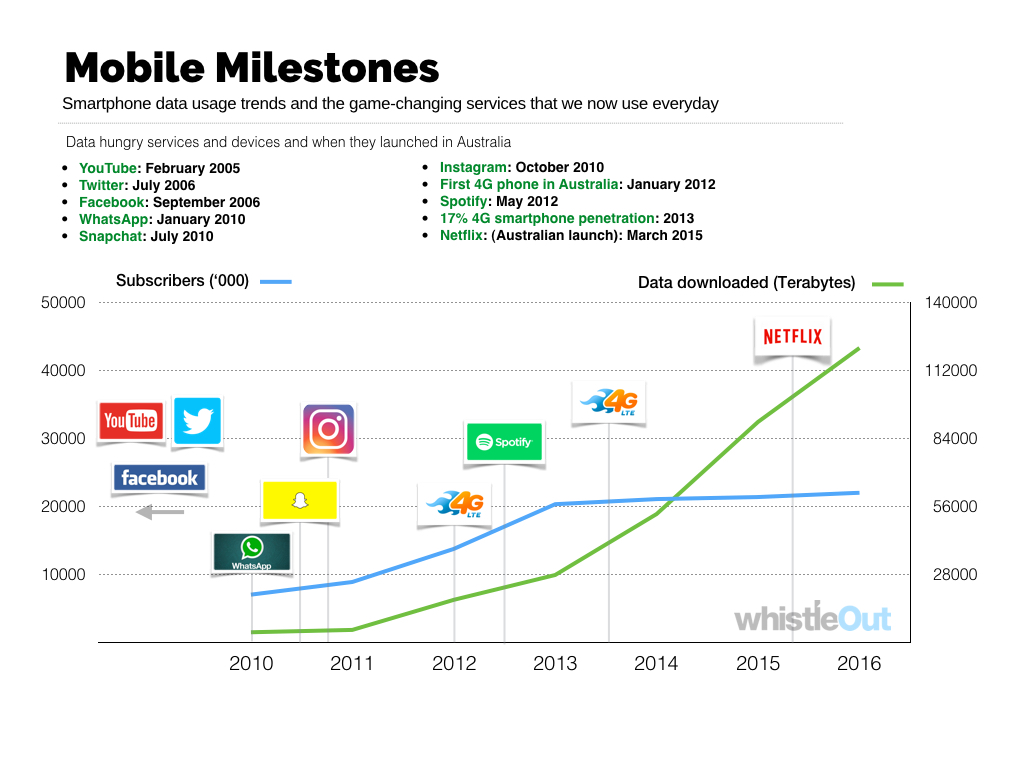 “What stands out to me is that, a few years ago, people might never have expected these data increases but the way we interact with the internet has radically changed our lifestyles and demand for data in a very short period of time. We’re now using eight times as much data as we were five years ago, and although we can’t exactly predict the future, it’s clear that our data demands will continue to rocket upwards as more data-intensive applications and services become available and mainstream.”

“For consumers the ABS research results should highlight the importance of getting the right data plan that will service their current and future needs. Internet access is the only utility that you have to plan for. Water, electricity and gas don’t run out; you simply turn them on and pay for what you use. But with the internet you have to plan ahead to secure access to enough data to suit the needs of you and your family.

“Anyone who commutes to work knows that 2GB of mobile data doesn’t get you very far. It might allow you to stream three hours of Game of Thrones[3], but then you have to start paying for more data. For many people that means they’ll be out of data before they’ve finished their first Wednesday commute home. You can imagine how frustrating, and expensive, that could become for people locked into 24-month contracts.

“When it comes to broadband in the home, usage is going through the roof driven by demand from all the family for high bandwidth services like gaming and Netflix. In our view, the best option is for consumers to take up an NBN plan. We can’t predict what popular applications and services are going to come next, maybe they’ll be holographic or virtual reality, but you can bet they’ll probably require lots more data and faster speeds. With an NBN plan users should get a better, more reliable service, with faster speeds and at a similar price to their current plan.

“As data usage continues to shoot upwards across all channels, knowing what different plans can get you will make sure you can make the right purchasing decision.”