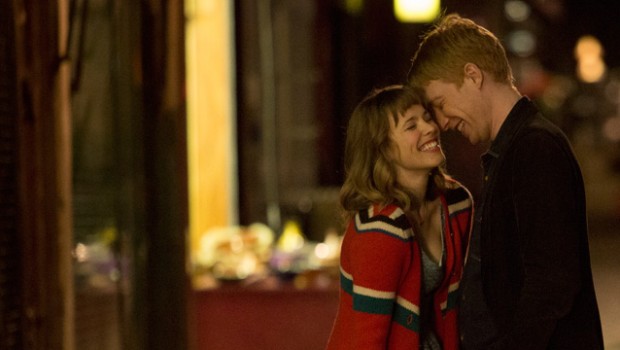 The writer-director of About Time Richard Curtis was born in New Zealand to Australian parents. As a boy he moved all around the world but is now firmly established in England. He has worked predominantly as a screenwriter on some of the most successful British romantic comedies ever made, including Four Weddings and a Funeral, Notting Hill and Bridget Jones’s Diary. His transnational upbringing could be an influence on why these films sometimes have Americans cast in the lead roles. Having an international star also offers a bigger box-office ticket in the US market. With Julia Roberts, Notting Hill became a financial milestone in British cinema. Speculation has mounted this could also be Curtis’ last film as director, which would account for the film’s ruminations on life fulfilment. About Time uses a similar casting formula, with Canadian Rachel McAdams in a lead role, but in spite of some big laughs the film is letdown by a middling, underdeveloped script. Perhaps if someone else had helmed the film Richard Curtis could have refined some of the rough edges of the screenplay, particularly its boggy second half and the rather ambitious time travel aspects. This is disappointing because up till then the film is engaging and funny, partly due to the likeable casting of Domhnall Gleeson (the son of Irish actor Brendan Gleeson). He plays Tim, a young man told by his father (Bill Nighy) that all the men in his family can time travel. He can only return to things that have already happened though, leading to some funny encounters involving a New Years Eve party and a summer spent at home with his sister and her friend Charlotte (Australian Margot Robbie), who he tries to court. There’s no reasoning as to why the men can time travel but the device is used comically. Returning to the same scene upholds and repeats the gag, making it funnier and sometimes with surprising results too. 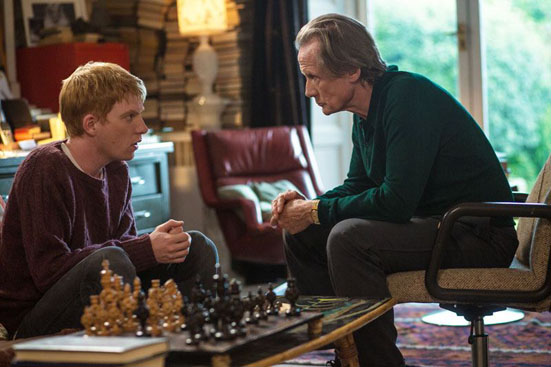 Some of the cracks in the screenplay coincide with the arrival of Mary (McAdams). Tim first meets her on a blind date but after he travels back in time to repair something he loses her number. This means that he must introduce himself to her again at an art gallery but as a stranger. When he starts telling her things that he couldn’t possibly know, he’s been to the future, the comedy verges ever slightly towards the creepy side. Rachel McAdams has a glowing presence on screen and shares easy, relaxed chemistry with Gleeson. One of the faults in the script though is that no matter how likeable her company, Mary lacks dimensions and a complete inner life outside of Tim. She is a reader for a publishing company but we little of her work life for example. Her parents are uptight American conservatives but only feature for a single gag scene. Comparatively, Tim has multiple friends, a housemate, a progressive job as a lawyer, a troubled sister and genuine concern for his dad.

Once the central relationship blossoms early around the halfway mark the narrative is left with very little dramatic thrust. There is a turning point when Tim is reintroduced to Charlotte but the film opts to completely sidestep a potentially devastating source of conflict. Gaps in the logic of the time travel are never resolved either. Tim never has the problem of meeting himself when reliving moments and the rules about what can be altered and what can’t are changed to suit the script. Pap messages about taking life one day at a time make up the final quarter of a film that is unjustifiably two hours long. Although it’s rarely short of being breezy and sometimes very funny, the film’s lasting impression is one of a good idea that just needed longer development or a more objective view of the project.