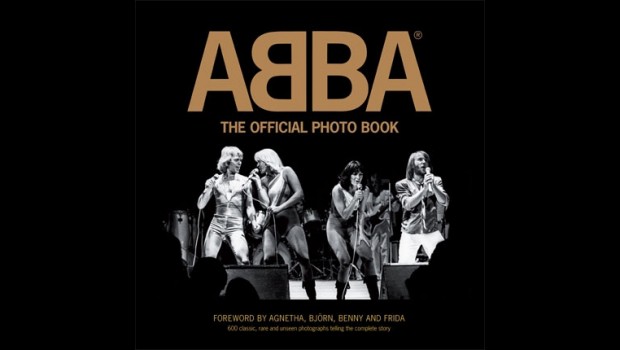 Summary: ABBA The Official Photo Book is a beautifully presented tome with some truly amazing and emotional photos of the one of the world's greatest groups of the 20th century.

This beautiful book is not just for the fans of Swedish pop sensation ABBA but also to those music historians as this band played an important part of the 20th century, especially with their musical influence. ABBA was made up of Björn, Benny, Frida and Agnetha and in 1974, the world focused their attention on them when they won the Eurovision Song Contest in Brighton with their hit song Waterloo. From there, they have sold nearly 400 million records and have left an everlasting legacy in modern music.

This book not only captures their rise to fame but also showcases over 600 images of the band from all facets of life with 100 photos never previously published. It is here where the book shines because it gives the reader a unique insight into all the members of ABBA from before they became pop stars, their private lives and of course, the music group itself. It’s quite a fascinating journey that also includes recent photos of the band plus a very emotional forward written by Björn, Benny, Frida and Agnetha.

The forward briefly touches upon this amazing pop group and how these photos brought back many memories of the band, including some of the more staged pictures used on covers. Best of all Björn, Benny, Frida and Agnetha have officially blessed this book, especially in regards to sharing many of these personal photos. Sure, the band had their ups and downs but at the end, it was their passion and youthfulness that captured the world.

The book itself is split into ten sections that include key moments of the band such as Before ABBA, Waterloo and of course, After ABBA. The book even contains a great timeline that carefully highlights key moments in their history such as the 9th of January 1979 where ABBA performed Chiquitita for the first time to the 11th of December of 1982 when the band perform their final show on British TV.

Although the book contains over 600 photos, there is a considerable amount of dialogue to accompany the photos and the journey of ABBA from the struggles they faced as a band and their personal lives to their landmark visit to Australia in 1976 that took the country by storm. What I truly loved about the book were the personal photos that showed how much these couples were truly in love, including their sparkle in their eyes of an unwritten future that is beautifully captured by these images.

Another highlight are the images before and after ABBA that really humanises this amazing band and more importantly their emotions that are forever captured as stills. One such photo shows Bjorn inscribing his love into a tree somewhere in Sweden for his wife Agnetha that has become somewhat of a search for the Holy ABBA grail… it’s never been found to my knowledge but the search continues. Of course, you can’t go past the classic costumes and jumpsuits of the 70’s to the beards and long hair that made ABBA what they are today.

ABBA The Official Photo Book is a beautifully presented tome with some truly amazing and emotional photos of the one of the world’s greatest groups of the 20th century. It is a must have book to any fan and gives people a unique and moving insight into their lives, both behind and in-front of the camera.