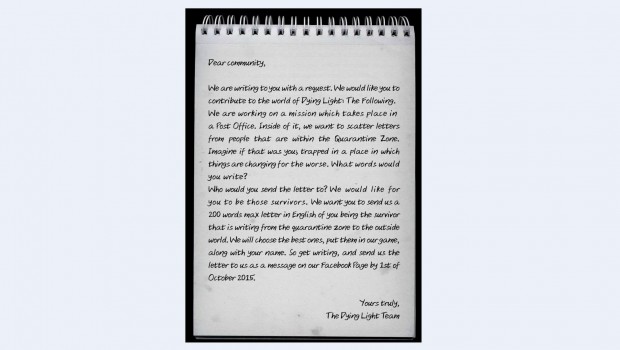 September 24th, 2015 – Wroclaw, Poland/ Techland has opened up the chance for fans to get involved with adding to the story of Dying Light The Following.

The team is creating a unique mission that takes place inside an abandoned post office and wants fans to have their messages of distress, horror or bravery to be scattered around the level.

The design team will pick their favourite letters and place them into the game along with full credit for the authors.

We’ve already seen what fans can do when creating awesome stuff for us – says Tymon Smektala, producer – so we found a cool little way to let them actually be a part of the story and have their efforts and names appear in our game forever. Just no dick pics please.

All letter submissions are being sent to the team via the Dying Light Facebook page here. 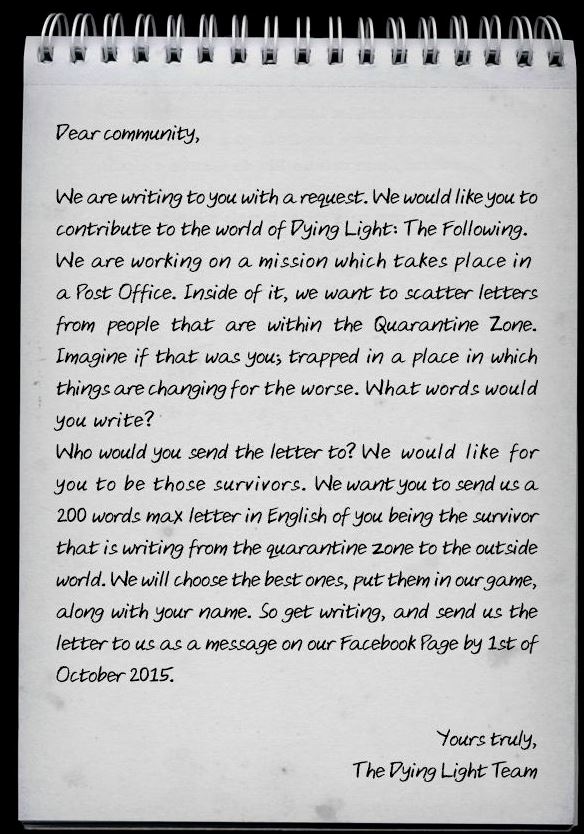