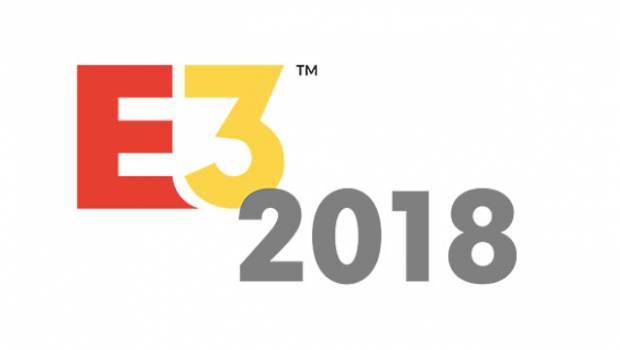 A Record-Setting Road to E3 by Mike Nichols, CMO for Gaming at Microsoft

The passionate community of gamers on Xbox are our inspiration. As we get ready to share a fantastic lineup of new games for Xbox players at E3 2018, we want to take a moment to thank them for a record-setting start to the year.

Today, we’re witnessing a record-setting number of players, playing at record levels, and engaging in new ways. Xbox Live players are up 13 percent and Xbox One sales are up 15 percent over the same period last year, but that’s not all. We’ve seen more than 600,000 friendships forged with the Looking For Group feature and there are now more than 1.2 million Clubs on Xbox Live.

We’re seeing tremendous engagement of mega-hits like Fortnite and Far Cry 5, both of which play best in 4K Ultra HD on Xbox One X, joining the more than 200 games that now feature Xbox One X enhancements. But we’re also seeing fantastic engagement with Xbox One console exclusives like Sea of Thieves, the fastest-selling Microsoft Studios new IP of this console generation, and PlayerUnknown’s Battlegrounds, whose new desert-themed map is now available to play on a dedicated test server ahead of its launch in Xbox Game Preview later in May. We also reached a couple milestones recently with players having enjoyed over 4 billion hours on games released through our ID@Xbox program and nearly 1 billion hours on games in our Xbox One Backward Compatibility library.

Xbox Game Pass has been a great contributor to growth in players and engagement. With over 100 great games available for one low monthly price and new games added every month, including new games from Microsoft Studios the same day as their global release, Xbox Game Pass is all about introducing you to new genres, franchises, and games. It’s been incredible to see the growth in the service and the growth of engagement in franchises made available in Xbox Game Pass. We’re next looking forward to bringing State of Decay 2 to Xbox Game Pass members on May 22nd, the same day as its global release, as we continue to work to deliver the ultimate gaming membership for our fans.

It’s also been amazing to see what the passionate Mixer community has achieved in such a short period of time. Late last year, Mixer exceeded more than 10 million active users in a month for the first time – a milestone we’ve since eclipsed, and then some, each month to start 2018.

HypeZone channels for Fortnite and PlayerUnknown’s Battlegrounds are now among the most popular on Mixer, introducing you to a range of streamers in the midst of the most intense Battle Royale moments. Creative new channels have been started for game developers sharing their work-in-progress games, as well as cooking, music, and art, as just a few examples. Mixer will continue to grow thanks to you all, staying true to remaining a positive and fun space for gamers, streamers, and viewers.

It’s a great time to be a gamer and to be a part of Team Xbox. We’re hard at work on exciting plans for E3, from what will be a great briefing filled with new games to the fan experience at the Microsoft Theater. This is our biggest E3 yet, and we look forward to a great week for gamers. Again, thank you to the amazing Xbox community.