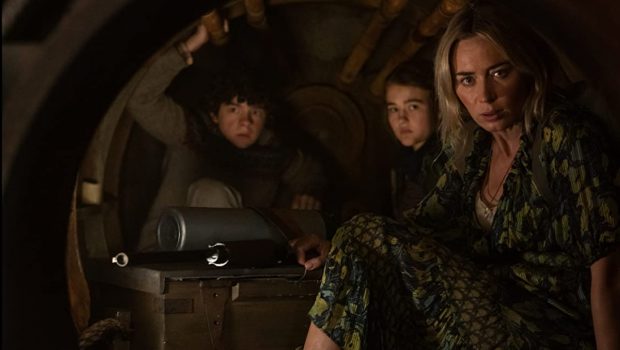 Summary: While it cannot live up to the impact the first movie had, this movie expands on the world and explores the character well. Well worth a watch if you were a fan of the first movie.

Beginning straight after the events of the first film with a short action-packed prelude of the first day of the end of the world invasion that led to the setting of the first film the story of this world continues with the emphasis this time being on how the family deals with the loss of someone and how the children take charge.

John Krasinski recounted in the post-screening Q&A that he wanted this film to follow different characters in the story and continue to build the story of this world. Where the first film was dedicated to the promise parents make to their children that they will always be there for them, this film follows what happens when they eventually have to break that promise and how the children learn to live in the world on their own terms.

A wise person once said “you can never step in the same river twice” and it is unfair to expect this film to have the same impact the first one did. The silence angle has already been well used in the first movie and this film is a lot more action packed and noisy. There were some screenings of the previous movie that warned patrons to not make noise during the show. In this one it did not matter as much.

The director had a lot of people on his side going into the project from his work on the Office and people wanting to see something different. He said he would have been happy if just his friends saw the movie and he was “blown away” by the response he got.

There was originally not going to be a sequel at all and in making this one they did not want to go the traditional horror route of throwing away continuity and pretending things did not happen. The story is more organic in how it develops and actions in the previous movie carry over to this one. That gnarly nail in the stairs is still there in this movie but is really only a reminder of what happened.

I can’t really go much into the events of this movie without spoiling what happens but there are more action set pieces in particular the insert at the start that John Krasinski admitted that he did not tell Emily Blunt exactly what was going to happen in the shot when she agreed to get in the stunt with the car. He says he could “see my marriage on the line” while filming it. Considering Gareth Evans almost died while filming a car stunt in the Raid 2 he got off pretty lightly.

What I enjoyed about this movie is that it is not written as a horror movie as such, the director said he wrote a family drama and it is you caring about what happens to the characters that makes it that way and the audience decides if it is scary.

I did agree with the director that there could be a TV series based on this world, maybe not Nickelodeon though.

Well worth your time if you are a fan of the first movie or if you like dramatic or horror films in general. It would be nice to have seen the original film before you watch this one, but it is not really necessary as they explain the events well enough for you to follow what is going on.