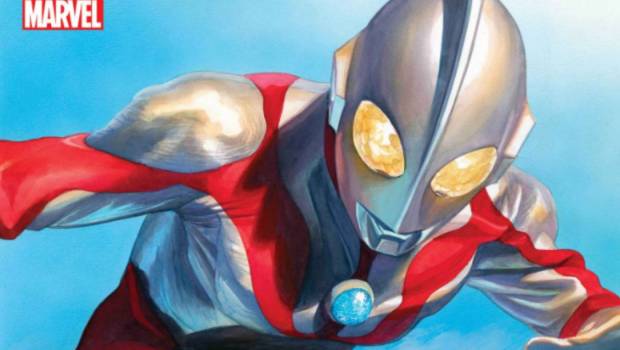 Ultraman’s incredible legacy expands next month when Marvel Comics and Tsuburaya Productions team up for THE RISE OF ULTRAMAN #1 , a comic series reimagining the fabled beginnings of this iconic hero. Crafted by an all-star cast of talent including writers Kyle Higgins (Mighty Morphin Power Rangers) and Mat Groom (Self/Made) and artists Francesco Manna (Avengers, Fantastic Four) Michael Cho (Captain America) and Gurihiru (The Unstoppable Wasp), THE RISE OF ULTRAMAN will retell the origins of the Earth’s mysterious defender against the terrifying Kaiku and promises to entertain both longtime enthusiasts and newcomers to the fascinating world of Ultraman. Get your first look at the action that awaits in a thrilling trailer for the debut issue before it lands next month!

“Ultraman, and his Ultra Brothers, has been inspiring and exciting people around the world for over half a century. We’re honored to have an opportunity to add a unique thread to the grand Ultraman tapestry- drawing on all that has come before, to create something unlike anything that has come before,” Higgins and Groom told Marvel.com last month. “Familiar faces, taking on brand-new roles. Familiar ideas, but given brand-new spins. We’re doing our best to ensure fans of Ultraman get to see the elements they know and love – but also the ensure those same fans will never be able to guess what comes next, at every step.”

Pick up THE RISE OF ULTRAMAN #1 at your favorite local comic book shop or digitally this September! For more information, visit marvel.com.