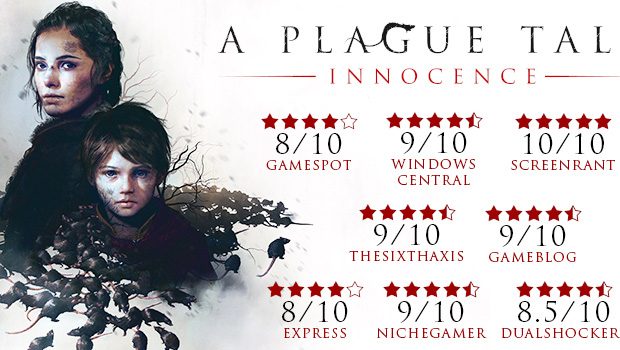 A Plague Tale: Innocence now available on Xbox Series X|S and PlayStation 5 up to 4K UHD, and as a Cloud Version on Nintendo Switch!

Asobo Studio and Focus Home Interactive are thrilled to announce that the award-winning A Plague Tale: Innocence, is now available digitally as an enhanced version on Xbox Series X|S and PlayStation 5! This enhanced version features 60 FPS, audio optimizations, enhanced graphics with up to 4K UHD, and faster load times offered by the new generation consoles. Physical PS5 and Xbox Series X|S copies will be available in retail stores on October 19.

Nintendo Switch players are now able to play the critically acclaimed game for the first time! A Plague Tale: Innocence also releases today on the Nintendo Switch system as a cloud version, allowing players to pick it up digitally and play using cloud streaming technology.