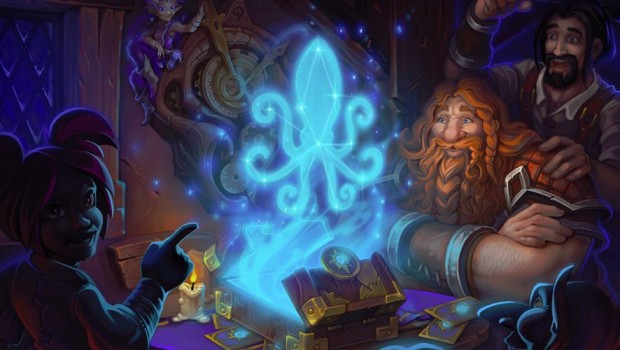 A New Way to Play Hearthstone!

Two play formats are coming to Hearthstone this autumn—Standard and Wild—that will keep the game fresh, exciting, and accessible for years to come!

Standard is the new Play mode format, available in Friendly Challenges, Ranked, and Casual play. It won’t affect Arena, Solo play, or Adventures. This year, which we’ve dubbed the Year of the Kraken, you’ll play Standard using a deck built solely from a pool of cards that were released in the current and previous calendar year, which includes Blackrock Mountain, The Grant Tournament, The League of Explorers, and the upcoming autumn 2016 expansion, plus all Basic and Classic cards. Standard will feature a dynamic and balanced metagame, where future card releases will have more impact. Standard will make the competitive scene even more exciting and will become the official format of the Hearthstone Championship Tour.

Wild is our new name for the Hearthstone you already know, because it’ll be the format where anything can happen. When you queue up for Wild, you’ll be cozying up with the crazy fun of Hearthstone you’re already familiar with. You’ll use any of the cards you’ve already collected to build a Wild deck and be able to finish quests, earn gold, rank up on the ladder, get card backs, and earn Legend rank, just like you can in Standard.

For more information about the new formats and additional deck slots, head over to our blog post and FAQ here or check out Ben Brode’s video here.