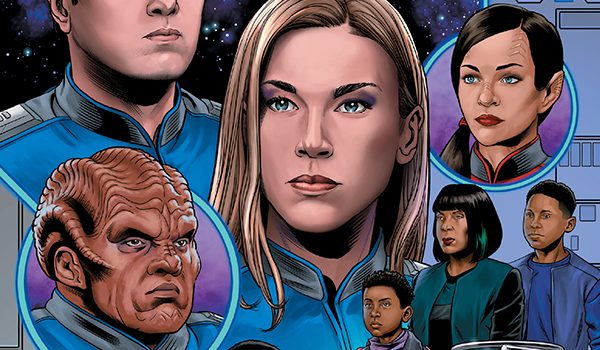 The Orville Executive Producer David A. Goodman (Futurama, Star Trek: Enterprise), artist David Cabeza (The Orville), and colorist Michael Atiyeh (Star Wars, Mass Effect) are back at work bringing the world of The Orville to comics with Digressions. 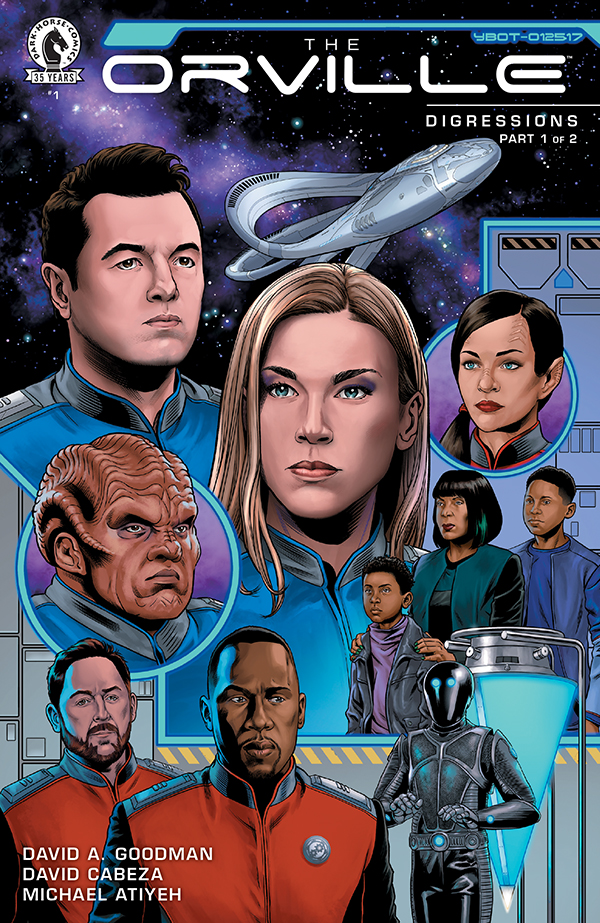 This two-issue “episode” invites you to travel “The Road Not Taken” in this prequel to the season two finale! Follow Ed, Kelly, and the would-have-been crew of the Orville, as they navigate separate lives in an alternate timeline that’s on a collision course with the galaxy-ending Kaylon!

The Orville #1: Digressions Part 1 of 2 goes on sale May 5, 2021 and is available for pre-order at your local comic shop.

” If you like the series as much as I do, it’s more of what you love. Recommended.”–Rogues Portal

“…with the nuanced writing of Goodman and the likeness of the characters crafted by Cabeza; Dark Horse could easily take the second star on the right and let the crew of The Orville fly ’till morning.”–Comic Crusaders

“If you’re a fan of the show, then it won’t hurt to dive into a book that only adds to the story. You aren’t even required to watch the show again to understand what is going on.”–Beyond The Panel