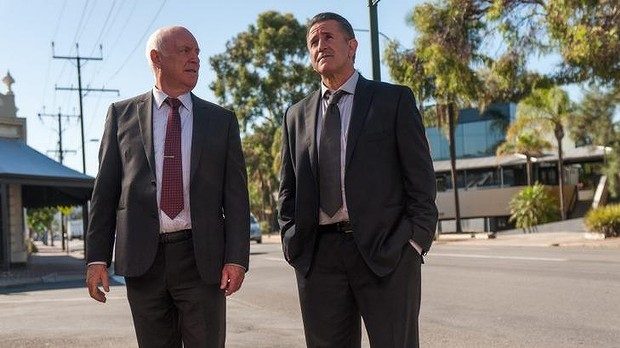 A Month of Sundays – Film Review

Imagine if your friendly neighbourhood real estate agent was allowed to stand in the hospital room of your closest loved ones. What if a stranger visited the house of someone who called them purely by accident? These situations could have been treated as a comic gag but Matthew Saville’s Australian comedy-drama A Month of Sundays thoroughly believes in and relies upon these narrative contrivances while still trying to convince us of his film’s dramatic credentials. The task slips from the director’s hands even though he previously developed a small, decent cop drama in Felony and has worked on television shows such as Please Like Me. The gold mine of modern cinema, that irresistible sweet spot between comedy and drama, proves a tempting and fatal end goal that Matthew Saville hasn’t reached in this instance. Sundays’ tone is extremely deadpan but equally dreary without the support of memorable quips or wit to lighten the mood—bar the Freud line we’ve already heard in the trailer. As a drama, the film is meek and polite. It continues the annoying local trend of late of being too scared to challenge or stimulate audiences. It’s a frustrating limitation of local films when they have opportunity to be less filtered than Hollywood movies. What Matthew Saville and Screen Australia have packaged together is an overlong, self-improvement snooze about a sad sack who must release his family demons and become a better father to his son. Summarising the film’s forgetfulness and its dry atmosphere is that a garden sprinkler becomes the story’s biggest scene stealer.

The cry for stronger script development in the Australian film industry is only amplified by how undernourished the paperwork, penned by Saville himself, is for the film. Despite the number of impressive actors and technical experts that this country develops and sends to the US, it’s the scripts which frequently undo much of the good work. Sadly, the trend is continuing this year. As the main character Frank, a real estate agent, Anthony LaPaglia is far from terrible with his hangdog looks and grumpy expressions. But depression and gloom passes for characterisation and there is no context or tissue connecting Frank’s life problems together. Instead, we have personal fragments posture as giving depth and insight to his character. He and his wife Wendy (Look Both Ways’ Justine Clarke) have split and he’s distanced from his son (Indiana Crowther), a school student excelling in a stage play. Frank is also overshadowed by his boss Phillip Lang (John Clarke) who knows how to talk his way out of situations with angry clients. But worst of all, Frank hasn’t moved past his mother’s death. This is exposed when he receives a misdialed call from Sarah (Julia Blake) and they talk to each other as though they are mother and son. After the confusion, he becomes friends with her even though she insists she is not family. An underwritten subplot invites parallel lines between Sarah’s son thinking about selling his mother’s house, to the ire of Frank, and Phillip’s visitations to his ageing father, a war veteran. For the main story though, a stronger, more tangible goal besides “moving forward” might have helped us care more about Frank because an emotional attachment is needed when reliving the old reels of the worn mid-life crisis subgenre. 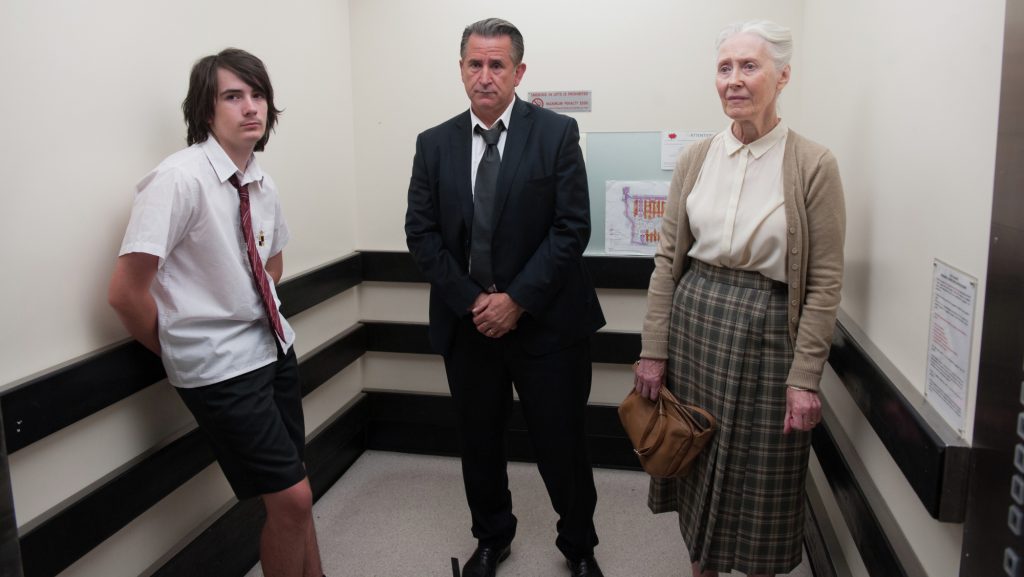 The seeds of conflict laid between Frank’s family, his work mates and Sarah’s son, don’t ignite into tension or drama. The film is slow and boring, with the story weighed down by pointless scenes and a regular hollowness that saps the energy out of the piece. What is the point for example of Frank and Phillip playing golf together in nothing less than their work suits? Quite uniquely, an outdoor garden scene frames a garden sprinkler as though it demanded top billing and its own trailer. The sight gag is deliberately filmed with an extended shot duration but for what reason? The film also takes swipes at unarmed targets, including a cocky real estate agent who speeds off with his girlfriend in tow, and also a teenage receptionist of the “Like, whatever!” millennial type, who has her face buried into her phone and a half-shaven haircut that is ridiculed by gloomy Frank and company. The characterisation is mean-spirited for a movie determined to be polite with conservations held over cups of tea. But it’s the mood here, so understated that it could be blown away, and the lack of originality in the narrative type that stifles our engagement. The problem being resolved here, a man’s connection to the world being blocked by his troubled past, is one we’ve seen before in many different forms. Without fleshing out a memorable backstory this becomes a meager, safe and tired film to sit through. Meanwhile, having actors such as Justine Clarke and not using them typifies how undercooked the script is; it is this ongoing problem with local films that needs to be addressed immediately through stronger narrative development. Too many good individual elements cannot keep going to waste like this.

Summary: The film is slow and boring, with the story weighed down by pointless scenes and a regular hollowness that saps the energy out of the piece.