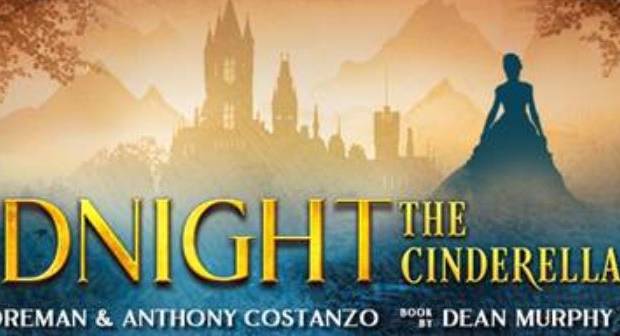 A major new musical premiering in Melbourne. MIDNIGHT – The Cinderella Musical to open at Her Majesty’s Theatre in July.

Stars of stage and screen Shane Jacobson and Rob Mills will lead the new musical production of MIDNIGHT- The Cinderella Musical, with music/lyrics by John Foreman and Anthony Costanzo, which is premiering in Melbourne on June 26 at Her Majesty’s Theatre.

This enchanting tale will be reimagined for the stage with Direction/Book by Dean Murphy (The Very Excellent Mr Dundee, The Divorce) & Pip Mushin (Resident: Book of Mormon, Fiddler on the Roof)  and Music and Lyrics by John Foreman (Oprah Winfrey finale concert, Carols By Candlelight), & Anthony Costanzo (Life’s A Circus, Crossroads). Choreography by Kelly Aykers (So You Think You Can Dance, The Wizard of Oz, Barnum) will round out this magical offering.

“We are thrilled to be launching this show here in Melbourne.  After four years of development we can’t wait to see what audiences make of this feisty and original take on the classic tale.  We hope that MIDNIGHT will do for Cinderella what WICKED has done for The Wizard of Oz. Bring the story to a whole new generation in a fresh and exciting way.” said producer Spencer McLaren.

The Cinderella story has been handed down from generation to generation and this new incarnation is not just a tale about true love; it is the story of a girl who is destined for so much more than what the world has given her.

Debuting just in time for the school holidays, MIDNIGHT features a funny, intelligent and strong-willed Cinderella who is determined to make her mark. The last thing she wants, or needs is a so-called Prince Charming. Enchanted by this feisty and alluring stranger, the Prince wades into uncharted territory and quickly learns ‘Ella’ is like no one he has met before.

Can Ella do all she plans before the Fairy Godmothers spell breaks at the stroke of MIDNIGHT?

In addition to Shane Jacobson as The King and Rob Mills as the Prince, a national search will begin in March to find the perfect Ella and producers are hoping to cast an unknown talent to fill the role.  Follow on Facebook for updates @MidnightinAU.

Shane Jacobson is one of Australia’s most loved, award-winning actors, presenters and entertainers. His incredible and varied career spans over 40 years both here at home and internationally. The successful film Kenny (2006) brought Shane world-wide recognition as well as an AFI Award for best lead actor. Subsequent film and stage credits include Guys and Dolls, The Dressmaker, The Rocky Horror Picture Show, Charlie & Boots, The Bourne Legacy, Ladies in Black, Oddball and Mother & Son.

Rob Mills first came to Australia’s attention in 2003 as a finalist on the first series of Australian Idol. Since then, he has carved out a successful career as a singer, presenter and actor spanning over 15 years. Credits include the national tour of Grease (as Danny Zuko), Ghost the Musical, Into the Woods, Hair, Jesus Christ Superstar, Legally Blonde, the TV movie of the Peter Allen story Not the Boy Next Door, as well as over 500 performances in Wicked as Fiyero, the Melbourne season of the off-Broadway smash hit Puffs and most recently, terrorising Erinsborough residents as Finn Kelly in the iconic TV soap, Neighbours.

Join the waitlist at www.midnightmusical.com.au to be the first to buy tickets and follow @midnightinau #midnightinau