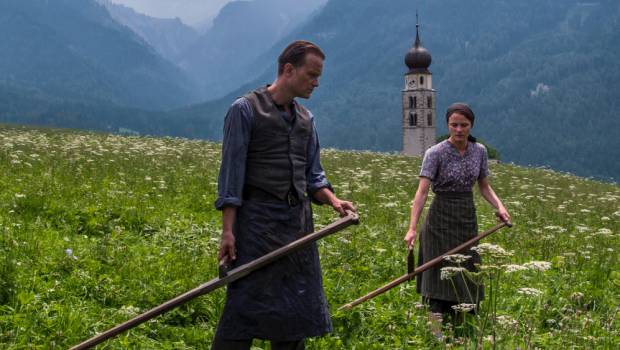 The title A Hidden Life is taken from a quote by George Eliot, but it could also refer to director Terrence Malick himself. At seventy-six, the filmmaker is still regarded as highly secretive and reclusive. Previously, it has been difficult to obtain a photograph of Malick and convince him to partake in interviews. One must look at Malick’s work to deduce autobiographical details about his shrouded inner life.

One reoccurring staple that could reflect his personal values is the prevalence of Christian imagery in his work. It could be indicative of his devotion to God and his own personal crisis of faith. Perhaps this film’s drama stems from his resistance to join his fellow Christians in Texas, where he was raised, in support of Donald Trump. Telling a story now about the necessity for Christians to stand against fascism is not incidental.

This observation explains why Franz Jägerstätter is the subject of the director’s ninth feature. Franz was an Austrian farmer and a conscientious objector from 1939 and throughout the Second World War. His refusal to sign an oath of loyalty to Hitler became a powerful symbol of resistance to fascism. Consequently, Franz was canonised in 2007 by Pope Benedict for his bravery to stand against evil.

As is typical of a Malick film, Life dramatises the transformation of the natural world through modernity. Before the start of the war, Franz (August Diehl) is an ordinary man working tirelessly in the fields for his village. He also loves his wife, Fani (Valerie Pachner), and their small children. As the war effort draws closer, personal tensions rise. Franz is ordered by the Nazis to partake in basic training and he reluctantly abides. However, to the joy of Fani, Franz returns to the village unharmed.

The couple remains troubled by the possibility that he will be conscripted. Until then, they both refuse to donate to the Nazi uprising. Consequently, they and their children are ostracised by the other villagers. They attempt to bully them into supporting the movement. The pressure pales compared to what happens next though. Franz is summoned to enlist in combat, which leaves Fani alone with the children.

At seventy-six, Malick’s ability to create complex moral and intellectual drama is unwavering. As expected, Life is littered with troubling philosophical questions. Is God’s decision to grant people free-will responsible for their enlistment? Is Fani responsible because she and the children are why Franz refuses to enlist? Were the Austrians motivated by the First World War? The film also raises questions of loyalty about father figures. Franz consults his church and the priest tells him to abide by the Nazi oppressors. 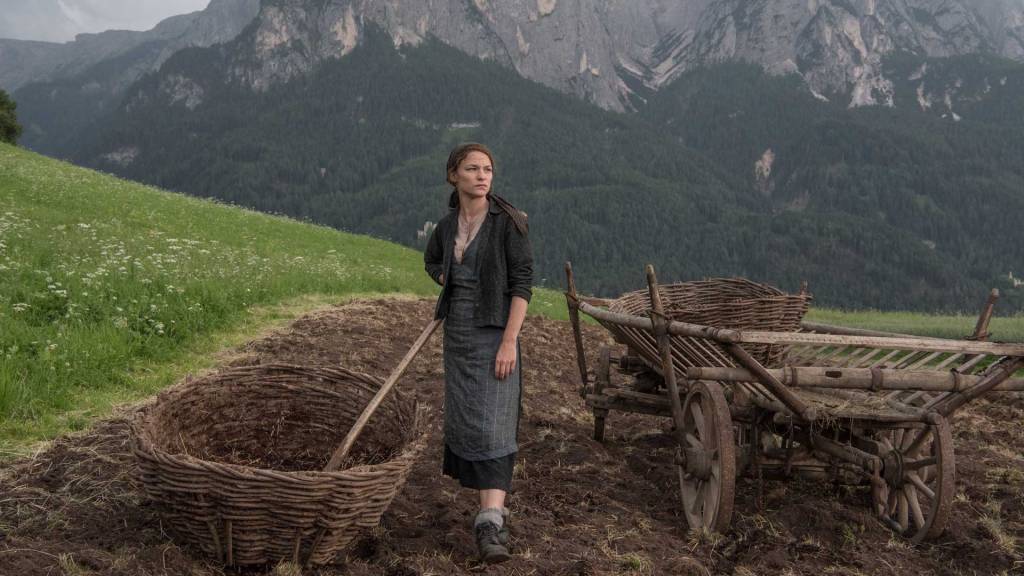 Franz suspects that the priest thought he was a spy. He continues to be torn by his faith and his country, his memories of his own father who died in the First World War, and loyalty to Hitler, perhaps a symbolic father figure to the country. Further, Life is an examination of suffering, a theme amplified by realising that the family will now grow without a father. Similarly, when Franz is imprisoned, he sees men who have suffered more than he has, which further stresses his inner conflict.

Malick’s superb technical elements enrich these complex ideas. The most immediate choice is the photography by Jörg Widmer, a frequent Malick collaborator. Every frame, including the mountains, rolling hills, and lush greenery is artful and stunning. The picturesque scenery underlines the natural world’s purity before being disrupted by modernity. A similar transformation was prominent throughout The Thin Red Line (1998), The New World (2005), and The Tree of Life (2011). Malick’s belief is that modernity and the disruption of the natural world are intrinsic with evolution before reaching a catharsis.

Malick focuses on objective cinema by framing the landscapes from wide angles. The grand, open spatiality of the landscape, including the deep backgrounds, are an expression of faith and the absence of God. It symbolises the villagers longing for God’s return, an idea enhanced by Franz becoming a sacrificial Christ-like figure who the family may see again. In the dialogue scenes, the camera is subjective. The frame tightens on the characters to heighten the tension and underline the dilution of free-will during personal confrontations. 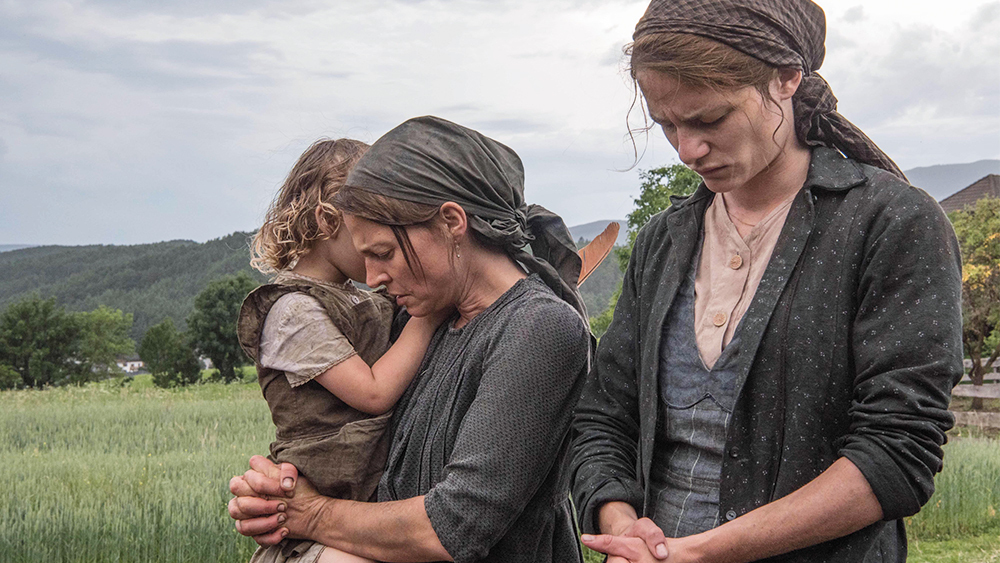 The image scheme imbues visual binaries reflecting life and death. The lush green palette underlines the growth and beauty of the natural world. Images of running water become symbolic of the purification and the cleansing state of the untouched landscapes. Close-ups of animals ensure their faces are seen in vivid detail and the ceiling of a church is shot from a low-angle shot, which is a glorious display. These elements of the natural world are contrasted by the cold, muted concrete imagery of the Nazi prison. The narrow spaces and deep shadows reflect the doomed fate of the prisoners.

As usual, Malick’s choice of music, including an excellent music score by James Newton Howard, is touching. Despite the sumptuous technical elements, Life stumbles in its second half. This is at most a two-hour story bloated to three hours. Its bagginess ensures the cut resembles a first draft. The film was not rushed either because it was apparently in post-production for more than two years.

Once Franz is arrested, the story becomes overlong, repetitive, and self-indulgent. It is hard to develop a character who from the beginning to the end refuses to denounce his faith in God. Meanwhile, Malick’s filmic style grows needlessly fidgety. Simple two-handed conversations are interrupted by the director’s busy editing style where he cuts away from scenes but allows the dialogue to continue through voice over. The story deters too much from Franz’s heroics in favour of Malick’s imprint. 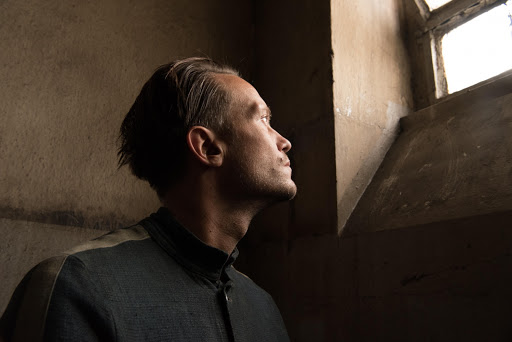 However, nothing detracts from the superb lead performances. Both actors embody their characters perfectly, particularly August Diehl. His body language expresses how haunted and lonely Franz is. We can see his dilemmas crushing him from the inside. Valerie Pachner excels in an enormously physical role that requires her to undertake strenuous labour. One incredibly visceral moment sees her trudging through the snow at the foot of a mountain. While it is odd that the actors speak English (subtitles are used sparingly) the adoration these actors display for each other is completely convincing.

Some of Pachner’s best scenes involve her playing with the children. Though one cannot help but ask if these moments work because they are identical to Jessica Chastain’s domestic scenes in The Tree of Life. Nonetheless, there is a particularly touching moment where the children wonder if their father will ever return. Meanwhile, there are impressionable small roles by Karin Neuhäuser as Franz’s mother who abandons the family and Bruno Ganz as an ageing Nazi in the courtroom.

Life is a challenge for critics expected to either thoroughly recommend or denounce a film. The superb technical elements deserve to be seen at the cinema. The visuals are stunningly realised and complement deep thematic and moral ideas. Yet Life is terribly undisciplined. It is the story of a selfless man told by one who refuses to get out of his own way. After the first hour, the intrusive filmic style overshadows the powerful choices and several interesting questions. It is beautiful, rich, frustrating, messy, and self-indulgent. Have we ever expected anything less from this mysterious director?

Summary: The visuals are stunningly realised and complement deep thematic and moral ideas. Yet Life is terribly undisciplined. It is the story of a selfless man told by one who refuses to get out of his own way.