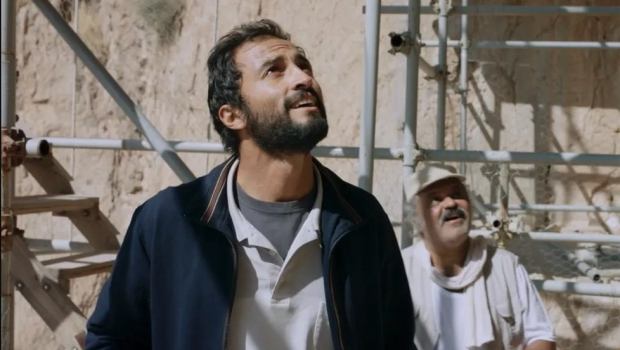 Asghar Farhadi’s new film is sophisticated Iranian noir. Rather than restricting his characters to simplistic binaries of good and evil or right and wrong, Farhadi (A Separation, 2011) probes how small fatalistic moments build tension and create complex views around difficult social conflicts. Every character here offers a unique perspective. The depth of their viewpoints ensure we identify with everyone we meet. A Hero is not simply told through the lens of the protagonist and his partner but also his nemesis and the people seeking to use him. Everyone believes in these circumstances they are right.

The challenging moral ambiguity is a unique and enticing staple of Farhadi’s own screenplay. He imbues scenes with complex philosophical questions and dramatises the difficulty of reintegrating into society as a moral person. The film may require multiple viewings to fully contemplate. However, the nuanced characters, complex moral questions, and expressive performances are their own reward.

A Hero’s drama stems from a single moment of action Farhadi keeps off camera. A woman drops her handbag containing 17 gold coins. The bag, the story’s McGuffin device, is picked up by another woman named Farkhondeh (Sahar Goldust). She is the secret girlfriend of the protagonist, Rahim (Amir Jadidi). They cannot tell anyone they are a couple yet because they remain unmarried. After two months incarceration, Rahim is released from a debtors’ prison, and reunited with her. He is also buoyed by the love of his sister, Malileh (Maryam Shahdaei), and his son, Siavesh (Saleh Karimaei), who stutters. Rahim will return to gaol in two days unless he clears a debt that has lingered for three years.

He owes $150,000 tomans to his former brother‑in‑law, Bahram (Mohsen Tanabandeh), but cannot repay him. Bahram is aggrieved because when Rahim was married to Bahram’s sister-in-law, he tried helping him by selling his own daughter’s dowry. Instead, Rahim, a sign painter and calligrapher, went bankrupt opening a print shop. While desperate, Rahim and Farkhondeh resist selling the coins to a gold dealer and return the bag. Word of their good deed spreads to the debtors’ prison and a charity working to free death row inmates. However, the way their story evolves triggers positive and negative consequences.

Farhadi films his screenplay using subtle filmic techniques. A Hero’s opening is one example of his selective visual flair. From long angles, he deploys handheld cameras to track Rahim first exiting the prison. The naturalistic milieu of the outside world sees him filmed through chain-link fences before following him towards the foot of a massive rock formation. He diminishes within the frame as he moves closer towards a scaffolding. Farhadi then plants the camera on the ground and tilts the apparatus upwards. In a single, unbroken take the camera peers at Rahim climbing each level of the scaffolding until he greets his affable brother-in-law, a labourer. This opening is beautifully filmed and is one of the only wordless scenes.

The effect is subtle and purposeful. Through these lenses Farhadi dramatises the difficulty of reintegrating in society. The long shots and the fences outside the prison underline Rahim’s social isolation. Similarly, the rickety scaffolding and the terrain’s enormity are psychological images. They reflect Rahim’s anxiety about using family to reconcile his debts and the hardship of finding honest labour in Iranian society. The visuals therefore strongly emphasise Rahim’s struggles to reconnect to family and work when he is detached from the outside world.

Rich philosophical angles blur truth and lies and right and wrongs. The largest questions Farhadi poses is whether actions have more value than words. He examines this complex idea through the framework of social media. Rahim’s claims of returning the bag are projected across the news, television, and the Internet. Yet what we are shown contradicts the reporting. The handbag was properly returned but by Malileh not Rahim. The setup is one example of how truth is lost through rumour and fabrication. At one point Rahim insists he did not lie. A man replies, ‘you did not tell the truth either’, which stresses how closely truth and lies overlap. One of the best scenes distorts the truth in a highly unique manner.

To resume working, Rahim must verify his good deed to an intelligence officer. In this scene everything he and his friends recount to the officer is true with one exception. Rahim cannot find the woman who lost her bag so his partner impersonates her. Does this make him a liar? The moment presses how difficult it is to gain employment after gaol time. It is equally fascinating how Farhadi builds the story around chance. Rahim only keeps the coins once the gold dealer’s calculator fails. Though maybe his conscience swayed him to return the bag. Meanwhile, the only reason the prison latches onto his story is because the good publicity will counter a recent suicide. These are examples of how the film cleverly shifts our perceptions of the characters and dilutes any clear answers. 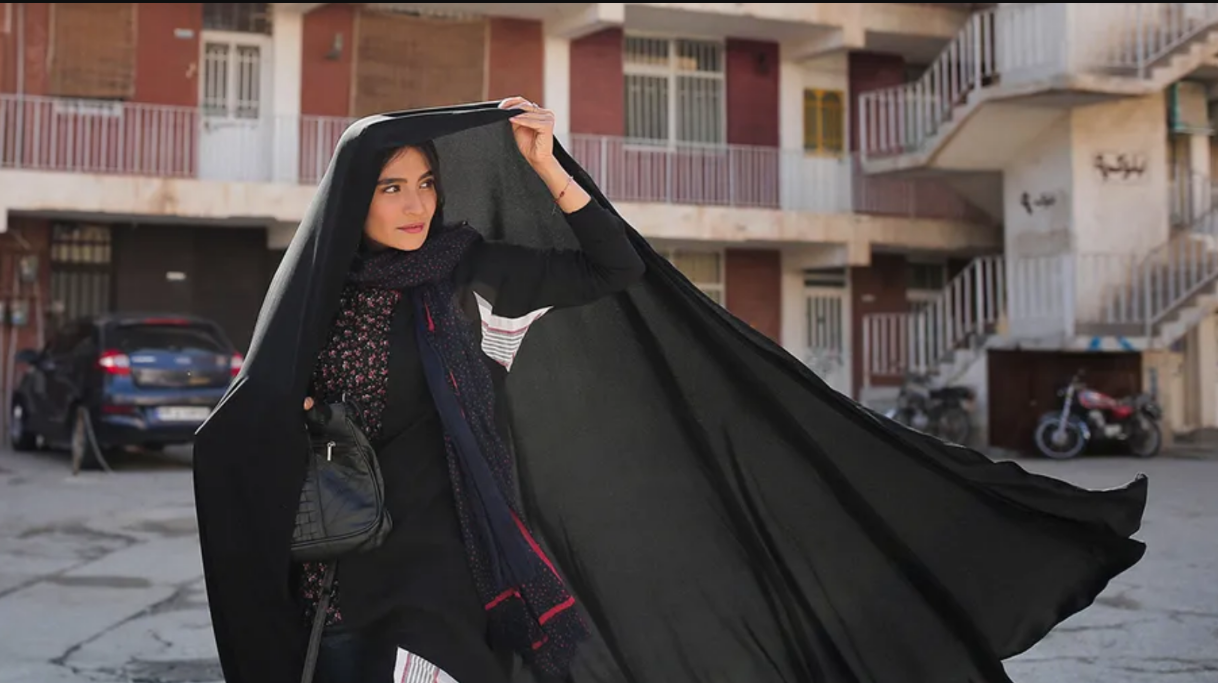 Farhadi’s high-quality scripting results in impressive, charismatic performances. Mohsen Tanabandeh is a standout as Bahram. Without words, his body language expresses his resentment towards Rahim and his disbelief in the media circus. At one point he wisely asks, ‘where in the world are people celebrated for not doing something wrong? What good deed?’ He raises meaningful points around ‘fake news’ and why people should not be praised for making moral decisions. Amir Jadidi’s performance is compelling and vulnerable. As the film progresses and the stakes increase, Jadidi ensures Rahim’s physicality is increasingly drained and affected. There is considerably more at stake for him than celebrity and money.

At one point he says, ‘the only thing that matters is my honour’. His son needs him, particularly as people start using his stutter to shape Rahim’s image. Saleh Karimaei’s excellent debut brings a powerful emotional tone to Siavesh, which increases Rahim’s urgency to clear his debt. The women prove impacting and resourceful, specifically Maryam Shahdaei who plays Malileh and Sahar Goldust as Farkhondeh. Malileh pleads with her brother not to seek help from a loan shark. Meanwhile, we see why Farkhondeh is desperate to help Rahim. Her brother is a fierce traditionalist who shames her for remaining unmarried to Rahim. Even the small roles, particularly the intelligence officer, make a huge impact and show how effectively Farhadi works with actors.

What resonates about A Hero is its deep thematic goals. While perhaps a touch long and convoluted it raises fascinating questions around its ethical dilemmas. Arguably, Rahim is not a liar, a fraud, or a bad person. He is merely someone pushed into irresolvable circumstances and forced to make wayward choices to avoid prison. The film presses us to ask if in similar situations we would do the same. Small moments of fate and seemingly innocuous details create forks in the road. If it were not for the dealer’s calculator breaking, Rahim might have sold the coins. What he tells people is largely true except for concessions. Some will say words matter but others place a greater emphasis on actions.

Bahram is not a clear villain either. He is brittle to Rahim, which makes him unlikeable. Yet his perspective is empathetic. He is angry his sacrifices failed. Farhadi provides everyone with motives like this to stress how no one is entirely right or wrong. His film is about choices, desperate circumstances, and how social problems are distorted by institutions and aggressive social media. Repeated viewings unearth this level of intelligence and underline Farhadi as a strikingly thoughtful filmmaker.