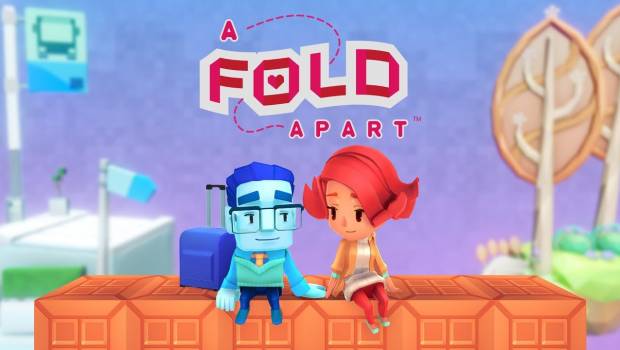 A Fold Apart is a story-book style game about two people that fall in love but are separated by distance, and must reconcile their own feelings and insecurities as they navigate a long distance relationship through their phone and email systems. Quite poignant with the current state of COVID19 pandemic and society trending towards the use of Facebook and text over face to face contact.

The game allows you to pick the gender and pre-set appearance of both characters, which works well as the story dialog is universal and not gendered in any way. There is very limited back story on the initial romance or the characters background, other than one is some kind of architect and involved in an engineering project, which forms the premise of why they are apart – as the architect had to move away for a long term project. 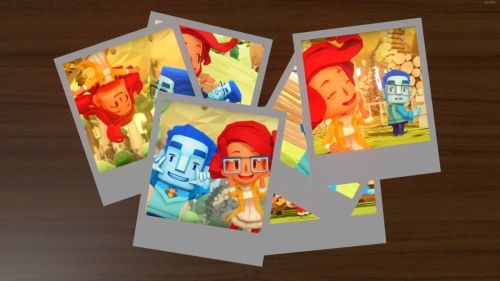 Create your own story (Character genders)

The interesting angle within the dialog is that the player switches perspective with the character and at times has a choice what to say to the other via the text message. What seems at first, to be a simple and harmless message actually causes the other character to enter into a deep anxious reflection on what the other character is really saying and how they feel. The uncanny and scary accuracy of this dialog really does feel like some relationships we can all relate to, and offers some insight into some of the times we may have perhaps been the cause of anxiety in a relationship. Yep, this game can teach us lessons about ourselves, or at least an answer to why the other person just went crazy for “no reason!”

The game dynamics centre around the dialog, which leads to a climax or triggering event which starts the puzzle sequences. The puzzles require the on-screen page to be folded, flipped, rotated, and unfolded to bridge the gap between the player-character and the gold star objective. Triggering the gold star by contact allows the next page to join the current one and the character can progress to the next puzzle and so on until the series of puzzles are complete and the character has worked through their anxiety and continues the conversation. 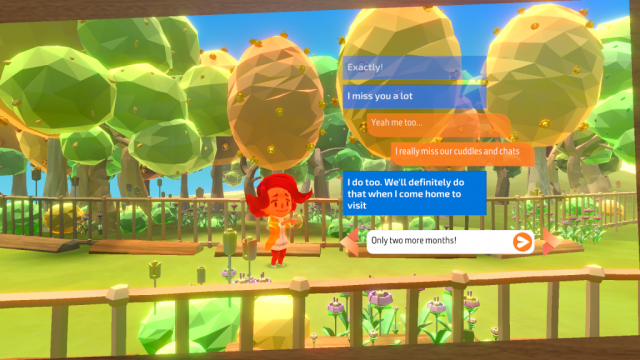 At first the puzzles are reasonably straight forward and are solved by just folding alone. As the journey progresses the puzzles become more complicated and require additional actions in order to solve. The game features inbuilt assistance with the introduction of new actions and there is also a “Puzzle Hint” feature which, sadly at a certain point, you will use. Naturally of course the Puzzle Hint feature also shows how simple a puzzle is and how mistakenly complicated you tried to make it. 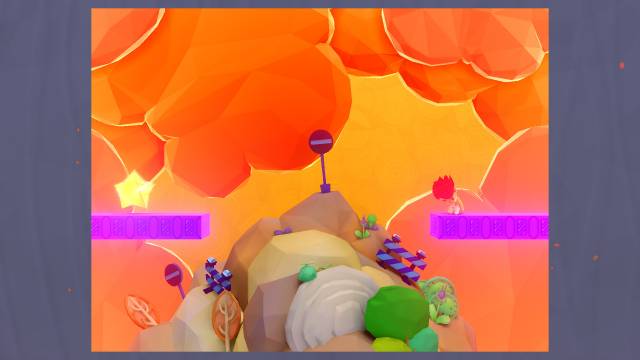 The graphics and design of the scenery and puzzles are really well done. The backgrounds feature static animations and triggered animations that blend well together. The characters movement and design is well done and standard with most games with this type of character creation.

It is visually appealing to go from a very rigid real-life workplace to a kind of cartoon-dreamscape which helps sell the descent from the moment to the puzzle of anxiety going on in the head of the characters.

The music is nice and sets the theme well, but after a while it can be quite annoying, especially when the puzzle solution is temporarily eluding; at which point the music feels more like a chorus of mocking undulating sounds that has one purpose of which to taunt you.

Overall this is a fairly good game with a delightful story that has the ending that you would expect. The game truly is the puzzle solving and by that means, it should be judged as a puzzle game with an interactive story component. To that end, the puzzles offer a significant challenge for most people once the complexity increases. Most people would be challenged by the middle to latter quarter of the puzzle difficulty range, but overall this game can be completed within a day, or casually in small finite amounts over a week. 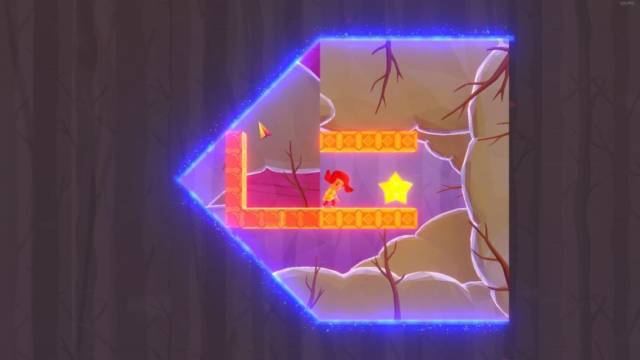 The objective of each puzzle is the same, to reach a gold star. The restrictions of each puzzle are the same, namely to not fall off the page or the puzzle resets and you try again. It is for this reason however, that there is a sustained level of monotony that can only be broken by taking a break during game play.

There were are also the few annoyances where the character can disappear after a fold or unfold, which unfortunately would require the game to be reloaded to resolve. This seemed to happen about 15-20 minutes into game play and was fairly consistent. That being said, it was the perfect time to take a break anyway.

This game is very much suited to younger children and anyone who enjoy puzzle games. There is no foul language or inappropriate themes, and the puzzles are presented in a constructive and entertaining way. Overall A Fold Apart is a job well done.