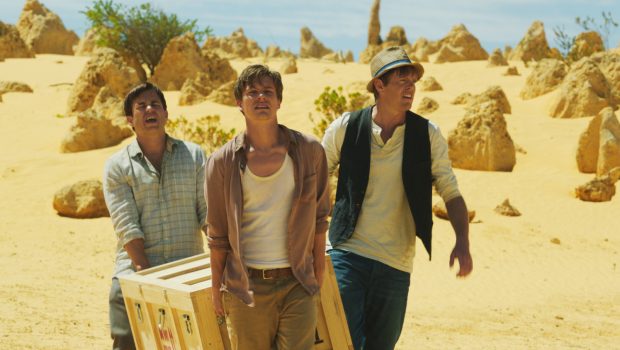 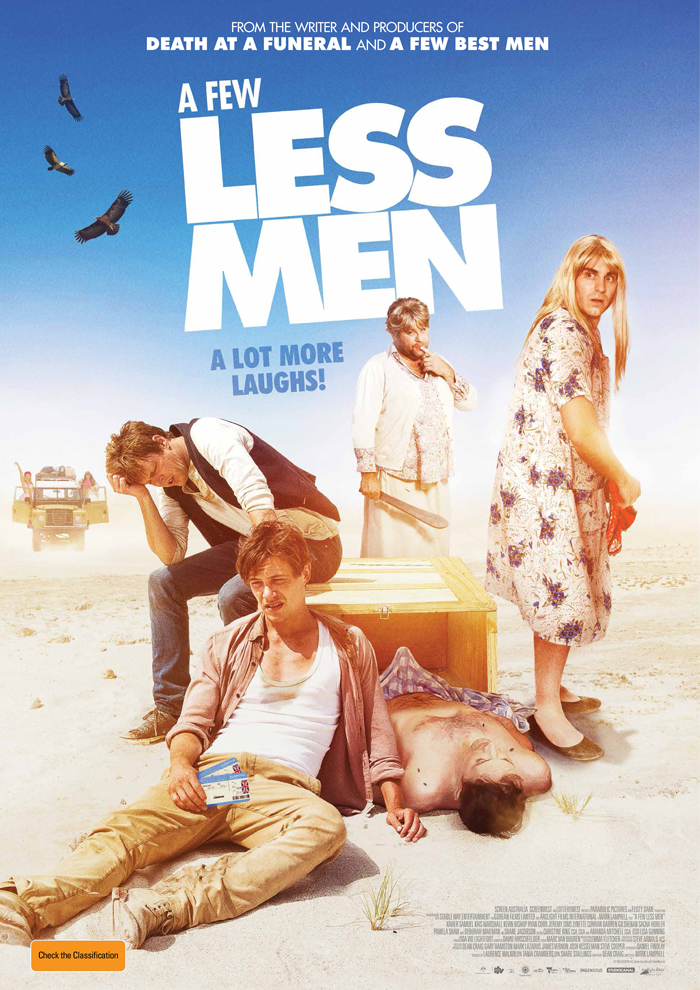 The first trailer for A FEW LESS MEN, the sequel to the worldwide hit A FEW BEST MEN, has arrived.

In the comedy sequel to the worldwide hit A FEW BEST MEN, a destination wedding in Australia’s Blue Mountains goes horribly wrong when Luke gets drunk and falls off a cliff. Our boys, David (Xavier Samuel), Tom (Kris Marshall) and Graham (Kevin Bishop) suddenly find themselves transporting their friend’s corpse back to London, where his grieving Aunt is already planning the funeral. When their private jet crash lands in the bush, the boys must carry the body across the treacherous landscape, contend with some fit ravers, a machete-wielding mother and a mix up with a giant gold penis, all in a race against time to return Luke home – provided they all survive… intact.