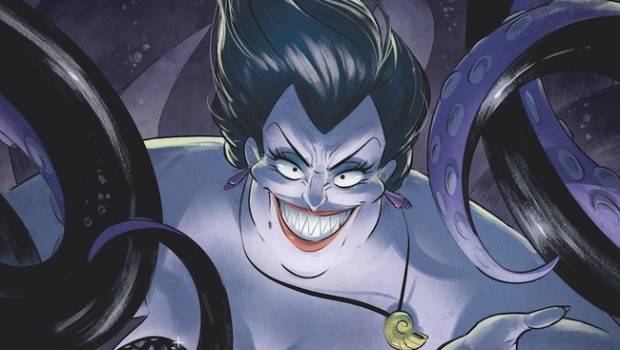 Long before the events of Disney’s The Little Mermaid and Ariel’s quest to be a part of the human world, Ursula was one of seven sea witches, who each ruled one of the Seven Seas with impunity. But when one of Ursula’s sea sisters is found stripped of all her powers, Ursula must find the culprit…And among the merfolk, there is one who dares defy the reign of the sea witches.

“I’ve always been a fan of the Little Mermaid, both Andersen’s original story and the Disney movie. With DISNEY VILLAINS: URSULA AND THE SEVEN SEAS, I was able to add my own twist to those wonderful tales. Remember, for every witch you are told about, there’s a goddess you’ve forgotten. What a treat it is to give Disney’s most decadent villain her due!”—Sherri L. Smith 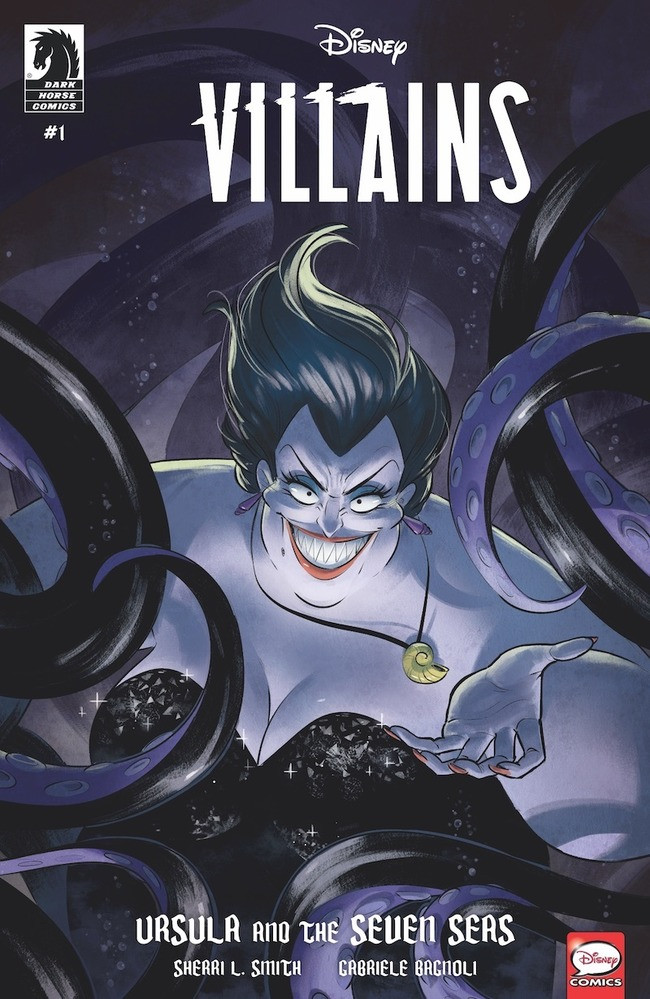 “I always loved Ursula’s character because I thought she was really evil and dreadful. I’m so excited to be drawing her origins! It has also been very interesting to characterize her sister witches, and I’ve tried to make them unique and special. In the same way, I tried to give a magical and evocative atmosphere to the undersea landscapes in order to draw every panel with a strong look.” – Gabriele Bagnoli

Disney Villains: Ursula and the Seven Seas #1 arrives June 24, 2020 and is available for pre-order at your local comic shop.