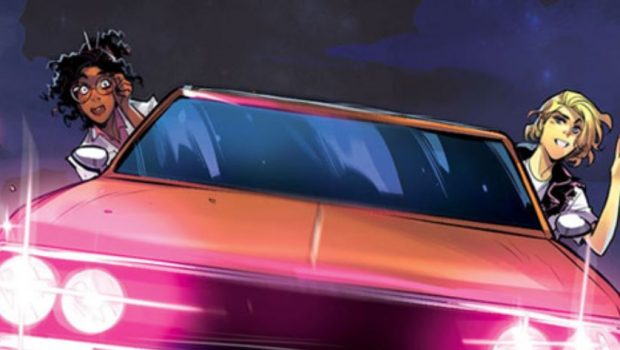 In A Thing Called Truth, a workaholic scientist who wants to save the world and a woman who fears nothing but discovering her own destiny find themselves mixed up in a chaotic, on-the-road adventure through Europe. Will they manage to find a middle ground between their opposing ways of life—at least for long enough to complete their mission? And could this trip lead to an unexpected romance?

“A Thing Called Truth is a story full of love—love of cinema, the wind in your hair, new cities yet to be explored, and the brave fire in the eyes of a woman coming into her own. It’s a soul searching story about finding the balance between devoting yourself fully to a goal and being able to enjoy life with no regrets. About the dream of leaving your mark on the world. About the reasons for yearning to go far away—and those that will take you back home,” said Zanfardino and Romboli. “It’s about how you can’t keep running forever, but facing the world gets easier when you find out you’re not alone anymore.”

A Thing Called Truth #1 will be available at comic book shops on Wednesday, November 3:

A Thing Called Truth #1 will also be available for purchase across many digital platforms, including Amazon Kindle, Apple Books, comiXology, and Google Play.