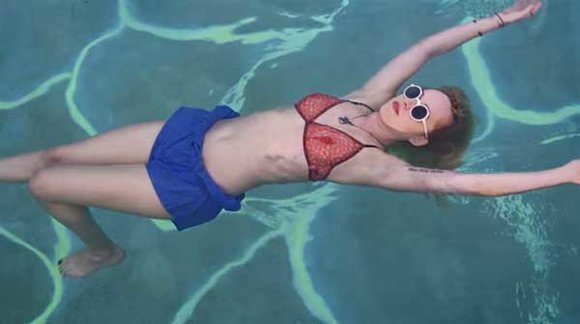 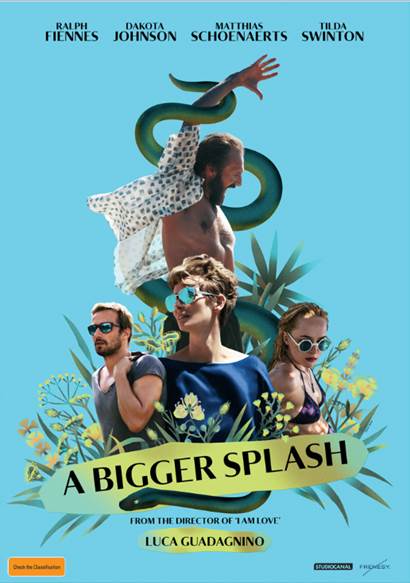 About the film: Rock legend Marianne Lane (Academy Award® winner Tilda Swinton) is recuperating on the volcanic island of Pantelleria with her partner Paul (Matthias Schoenaerts) when iconoclast record producer and old flame Harry (Academy Award® nominee Ralph Fiennes) unexpectedly arrives with his daughter Penelope (Dakota Johnson) and interrupts their holiday, bringing with him an A-bomb blast of nostalgia from which there can be no rescue.  Suddenly, what was supposed to be a romantic getaway turns into a whirlwind of jealousy and passion, sparking some flames that should not necessarily be ignited…

From the director of the Academy Award® nominated I AM LOVE, A BIGGER SPLASH is a sensuous portrait of desire, jealousy and rock and roll under the Mediterranean sun.