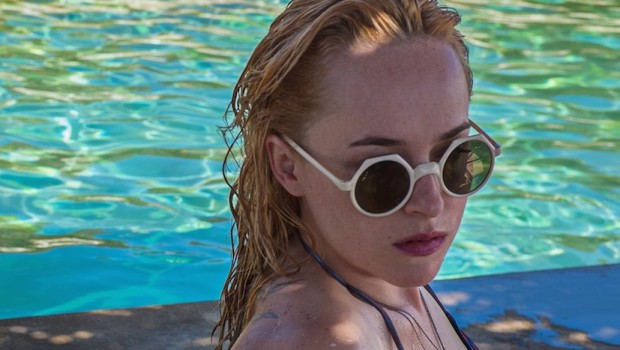 “We are all obscene…”

While it begins with a deafening rock concert, A Bigger Splash’s use of silence is perhaps one of its most powerful tools. The immediate cutaway of the sanctuary of the Italian island of Pantelleria is interrupted after a presentation of a calm recuperating location; a phone call, a plane darkening over white sand—the return of Harry Hawkes (Ralph Fiennes) and the arrival of his daughter Penelope (Dakota Johnson) into Marianne (Tilda Swinton) and Paul’s (Matthias Schoenaerts) lives forebodes chaotic tensions. Swinton’s deliberate choice to render her rock star persona primarily voiceless and raspy whispers proves effective, allowing the film to revel in its sensuality, contrasting the exuberant with the quieter moments.

The film’s director, Luca Guadagnino, masters this juxtaposition, with the audacious editing (Walter Fasano) and cinematography (Yorick Le Saux) creating an aesthetic that is beautifully alluring to look at and yet borderline dangerous. In fact, the cinematography is not just crisply shot, but experiments with interesting quick zooms and close-ups, crosscutting between facial expressions and focusing quirkily on smaller material objects as a way of foreshadowing later events. The way the camera moves thus becomes a mechanism to form certain subjectiveness to the film, merging the four leads’ perspectives into one – an inevitable havoc about to ensue. And while jutting silence plays an impressive part in the cumulative tensions, the energy of the film is not achieved without its distinctive soundtrack, consisting of contemporary rock, operatic pieces and a pulsating, grating score. It makes the merging of the flashback scenes seamless, cleverly intertwining the score as a way to progress the narrative and provide background context to the characters. 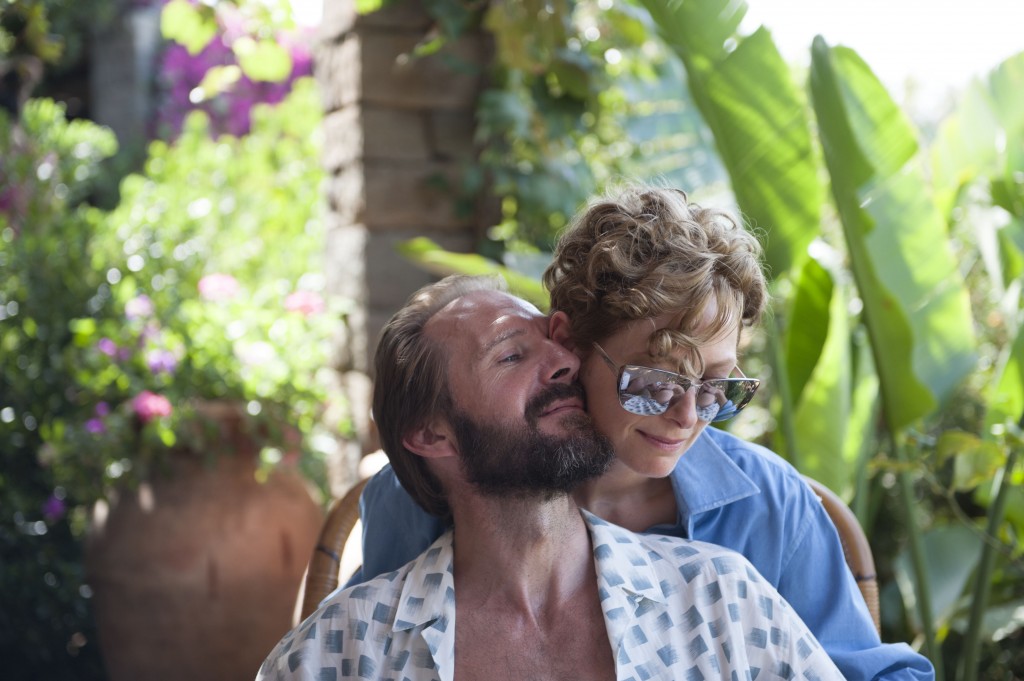 But it is ultimately the dynamic between the cast of four that sparks the sheer anticipation of A Bigger Splash. The slow-build up of tension is unrelentless, assisted by the glances of desire and jealousy that sneak into a relatively calm setting. It is one good-looking cast and Guadagnino is not afraid to use that to his advantage by complicating new attractions with old relationships and illuminating that nothing can really go right. Water serves this metaphor well; the pretence of tranquillity is exacerbated in the constant return to the swimming pool, a place of cooling down. However, this temporary resort is shattered at the hazardous consequences of concealing true emotions and base impulses. 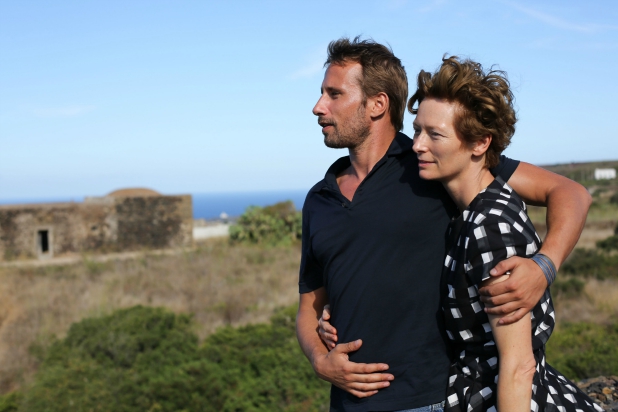 Unsurprisingly, it is Fiennes’ dancing that is the most delightful of all scenes, where the ebullience of his character bursts into a euphoric dance sequence, cementing his character as the vitality of the film. His presence is the provocation of the messy entangled relationships that incur and this release provides energetic liberation from the tight strains of the characters’ complex relations. It is a shame that these enticing qualities falter once the film hits its third and final act, where it endeavours to hit more emotional beats than it needs. Nevertheless, A Bigger Splash captivates through its gorgeous aesthetic and cracking chemistry between its cast, providing a sensuous and thoughtful experience.

Summary: A Bigger Splash captivates through its gorgeous aesthetic and cracking chemistry between its cast, providing a sensuous and thoughtful experience.