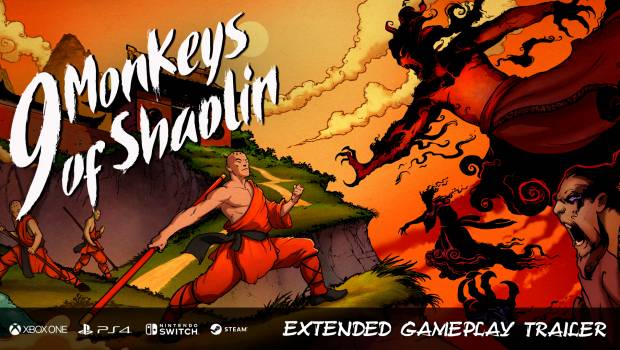 Two weeks prior to the release of the 9 Monkeys of Shaolin its creators from Sobaka Studio has revealed the new gameplay trailer detailing all the key features of the incoming game: narrative, combat and progression systems, weapons, enemies and co-op mode.

Furthermore, Sobaka Studio has launched the expanded free demo version of the game on Steam – “Prologue”, so players can experience all these features in a real combat. The complete first chapter of the game’s campaign offers both single player and co-op (online or split-screen mode for 2 players) options.

9 Monkeys of Shaolin is launching worldwide on Windows PC (via Steam), PlayStation®4 computer entertainment system, the Xbox One family of devices including the Xbox One X and Nintendo Switch on Friday 16th October.