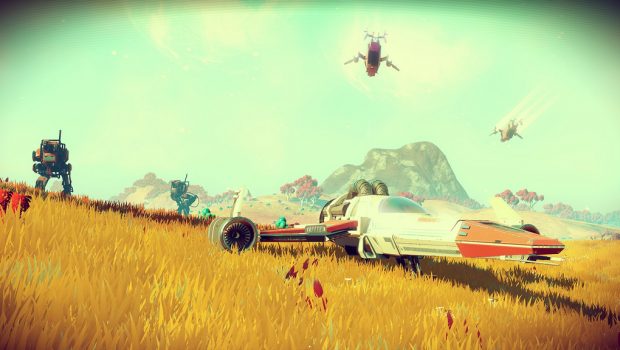 65daysofstatic to embark on largest tour ever for a video game soundtrack – No Man’s Sky: Music for an Infinite Universe World Tour

UK instrumental band 65daysofstatic will embark on a world tour in support of their upcoming soundtrack to No Man’s Sky, the largest tour ever for a video game soundtrack. The performances will also include songs from throughout the bands’ career.  Tickets for European dates will go on sale on June 29, via 65daysofstatic.com, with the rest of the world to follow once dates have been confirmed.

On announcing the European tour dates, Paul Wolinski from the band said: “No Man’s Sky is a project about a borderless universe of infinite possibility. It’s certainly a brighter future to imagine than the one our little country just thrust upon Europe. We are always excited to be able to come and play shows in mainland Europe, now more than ever. Let’s get some antifascist international solidarity going on & not let the demagoguery drag us down to the oblivion it has planned for us. See you on the road. Unless our passports are no good anymore.”

The band has also released new track ‘Red Parallax’ to stream online on their official Soundcloud page, along with a teaser for the album artwork, produced by long term collaborator, Caspar Newbolt from Version Industries: