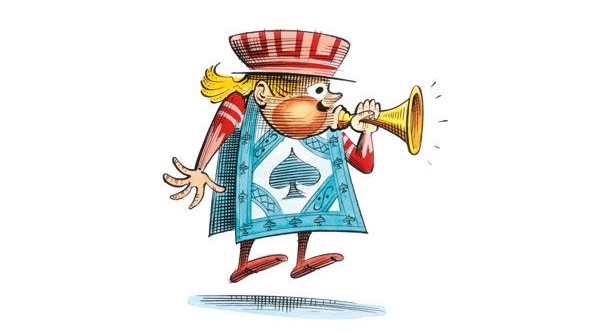 Long before America’s president-elect, there was Trump, the groundbreaking 1950s satire magazine from MAD creator Harvey Kurtzman and Playboy publisher Hugh Hefner. Trump: The Complete Collection: Essential Kurtzman Volume Two is a full-color, 184-page hardcover that includes both of the highly sought after printed issues of Trump, now available for the first time in sixty years, as well as the never-before-seen third issue. The collection is designed by C. S. Fossett and edited by Denis Kitchen and John Lind.

“This is like unearthing King Tut’s tomb for comics fans,” said Denis Kitchen, who wrote the essays and annotations for the collection. “A surprising amount of amazing material for the unpublished third issue survived in Kurtzman’s archives and can finally be seen!”

When editor and artist Kurtzman became acquainted with Hefner during the 1950s, they decided to join forces to create Trump, a far more ambitious, wide-ranging, and colorful magazine than the black-and-white MAD. Supported by an unlimited budget from Hefner, Kurtzman recruited artists Al Jaffee, Arnold Roth, and Russ Heath, and writers including Mel Brooks.

Hefner pulled the plug after only two issues had been printed and as a third was well into production. He later quipped, “I gave Harvey Kurtzman an unlimited budget, and he exceeded it.” 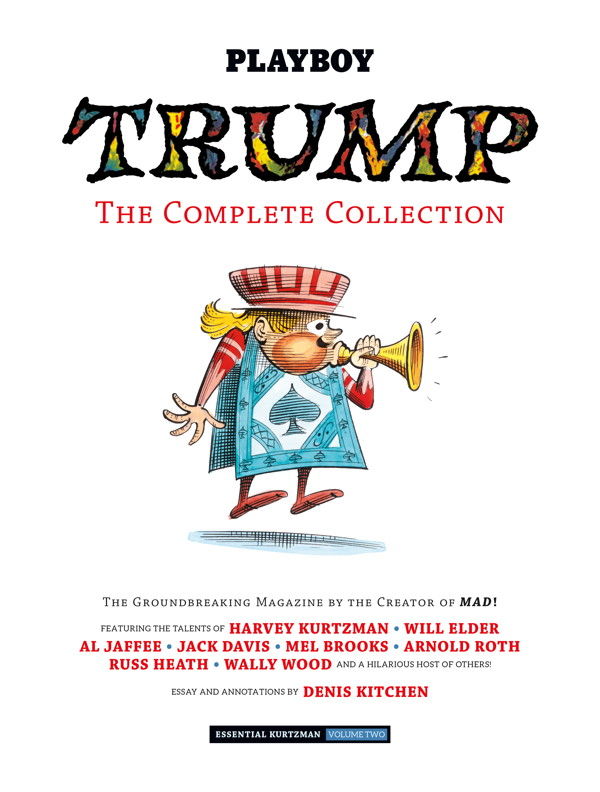