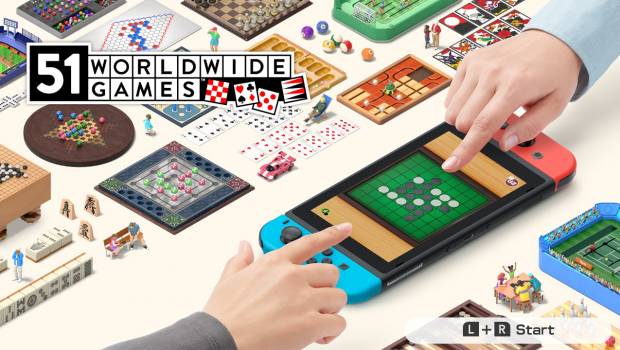 Summary: 51 Worldwide Games is a nice big package of classic games - but not much more than that.

You know what’s really fun? Playing Chess. But you know what’s better than simply playing chess? Playing Chess against your mates. And what’s better than simply playing Chess against your mates? Walloping your mates at Chess, talking smack, then walloping them at Draughts and Backgammon too. All this is to say that 51 Worldwide Games has been causing a bit of a stir in my household lately, which is always a good thing. 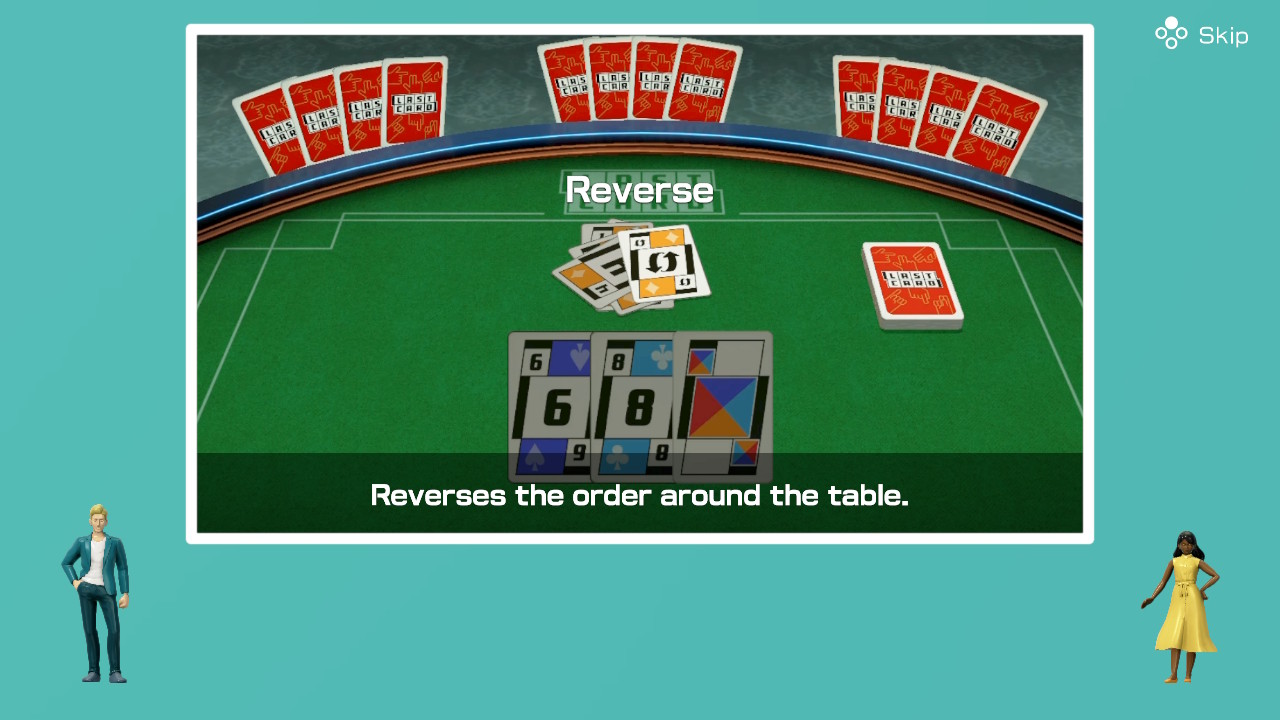 51 Worldwide Games is exactly what it says on the box: a collection of 51 various card games, board games, toys and mini-games all bundled into a neat little package for the Nintendo Switch. The selection of games chosen for the bundle is superb and runs the gamut from classic board games like Chinese Checkers and Mancala, to family favourites such as Uno and Yahtzee (appropriately rebranded to avoid licensing nonsense, of course). There’s also a bunch of card games like Poker and Solitaire, plus a number of mini video games such as Fishing, Golf and Bowling. 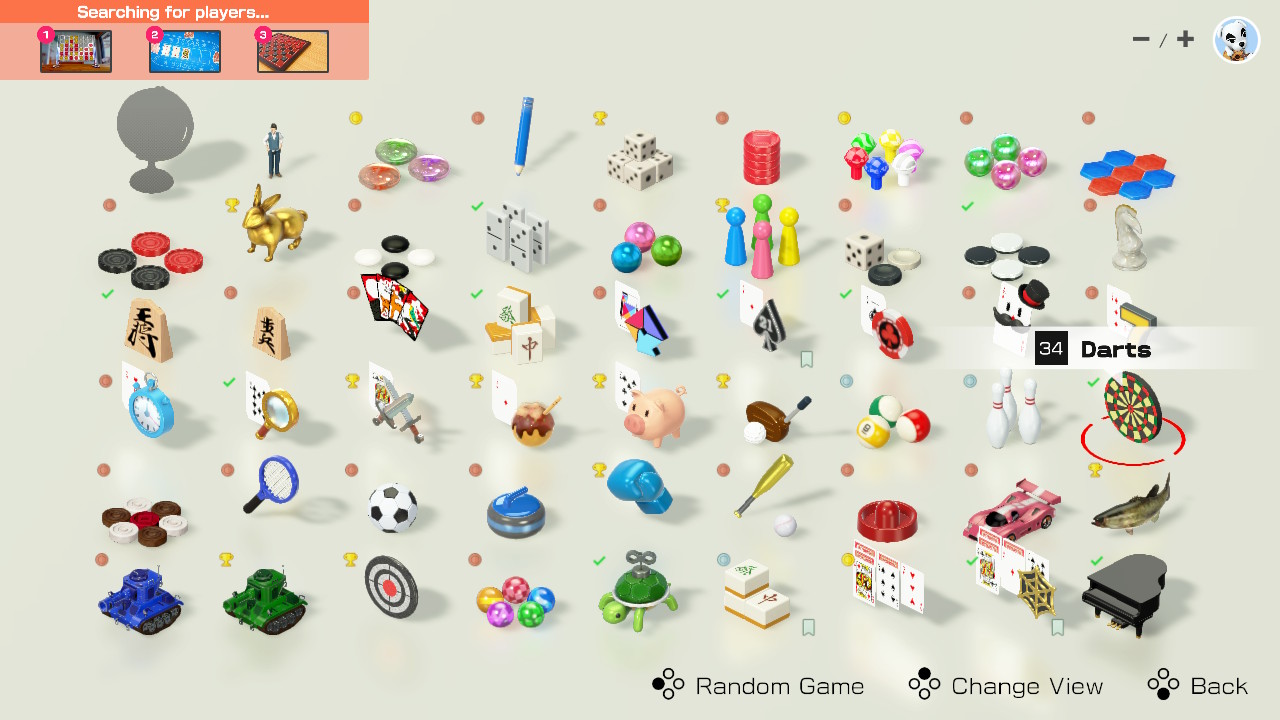 Every game is unlocked from the get-go and whenever a game is chosen, it’s introduced with a charming little how-to-play video that reminds players of the game’s fundamentals. However if you or your opponent has never played before, there are detailed instructions, hints and rules accessible at any time during the game. These instructions are presented neatly and succinctly to be informative and helpful without overwhelming the players. So much so, that I actually attempted to play Mahjong and Shogi for the first time in my life – turns out they’re both really fun and not at all too difficult to understand after you’ve played a few games! 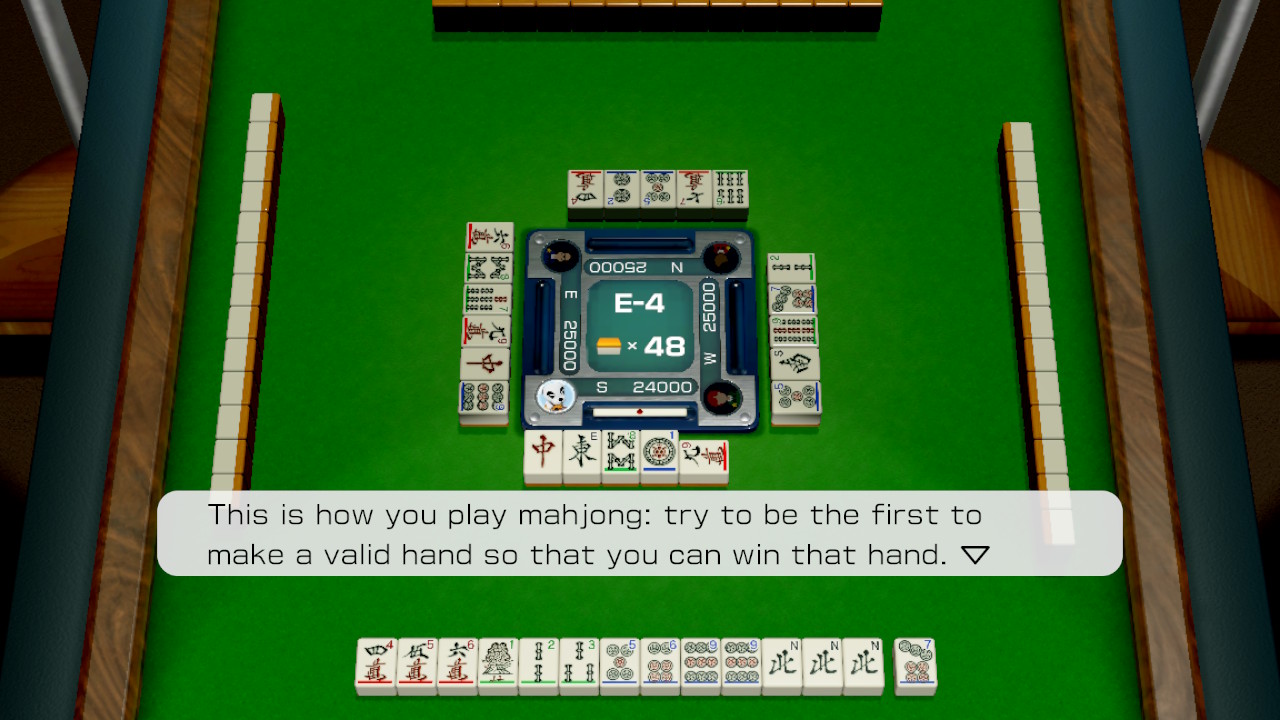 51 Worldwide Games also features a number of fantastic accessibility and guide options available for many of the games that can offer reminders or prompts in the middle of the game. For example, in Chess there’s a guide that can be turned on and off that shows the allowable movement pattern for the selected piece. You can also quickly bring up the ranking of different hands in Texas Hold’em or contested spaces in Shogi. These guides and instructions are an excellent way to learn the various rules and strategies to each of the games and would be a fantastic resource for introducing a game to new players or allow beginners to practice their developing skills. 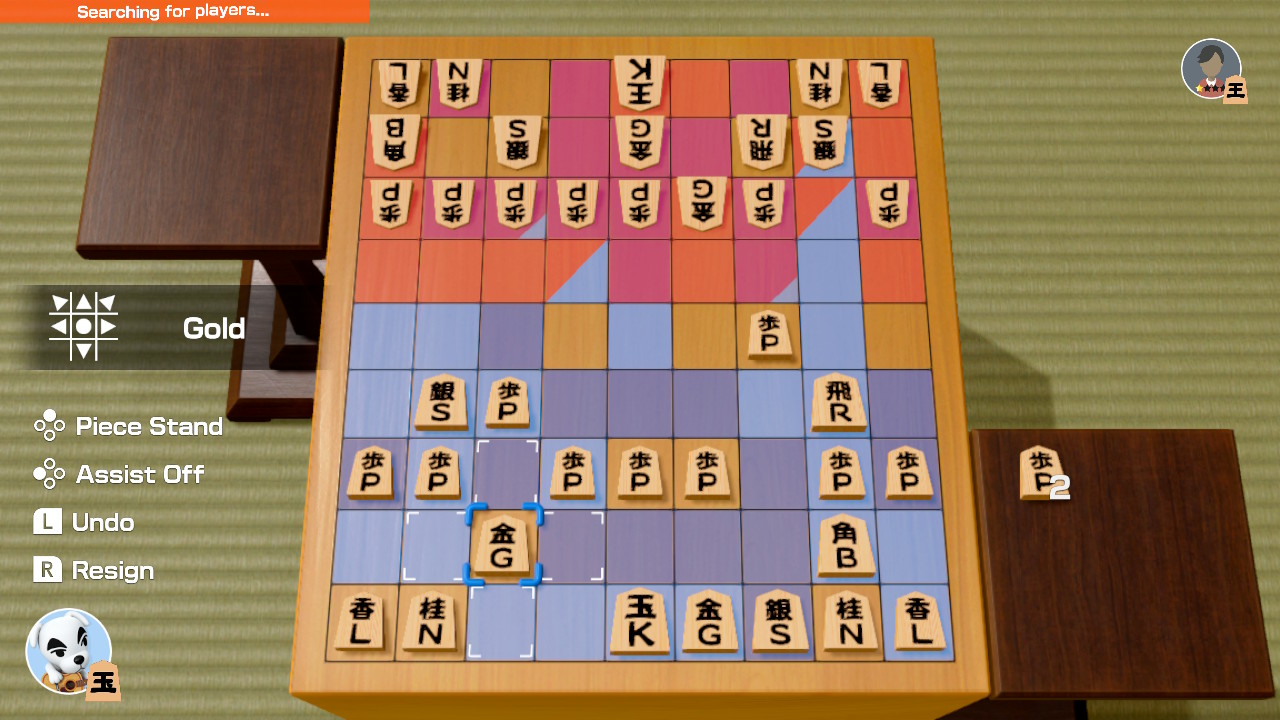 Each game can be played solo against a CPU component and there are a number of different difficulty and gameplay options for you to really hone your skills. The CPU is set to ‘normal’ difficulty by default and each successive victory will increase the challenge up to a maximum of four levels (though you can always set the difficulty to whatever intensity you choose). You’ll be awarded a medal for each CPU level of difficulty defeated and if you’re able to conquer every CPU opponent, you’ll be awarded a trophy for that game. These CPU opponents put up quite a fight and there’s plenty of satisfaction to be earned from finally overcoming a tough AI opponent that has given you a run for your money. 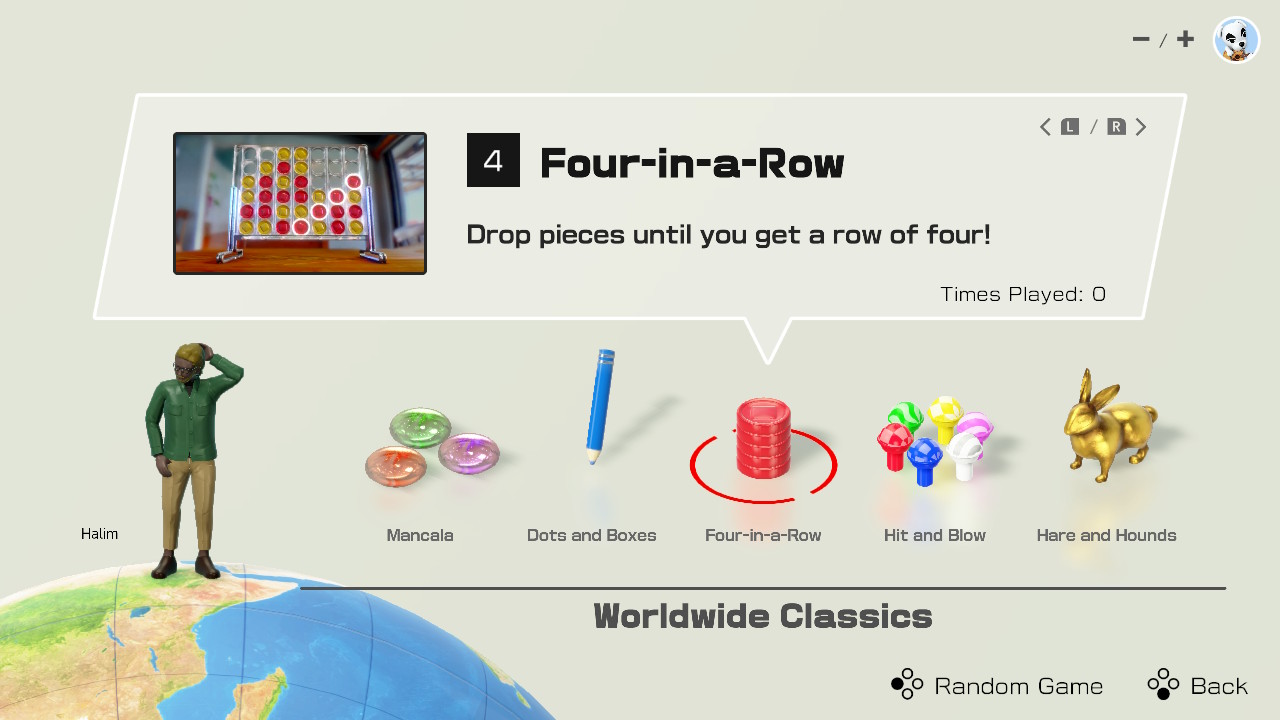 As much fun as it is to take down challenging CPU opponents, everyone knows that games are best enjoyed with real people. As such, 51 Worldwide Games offers a variety of ways for you to play with others, including online multiplayer, local multiplayer with multiple Switch consoles or by simply taking turns and sharing the same Switch. Every game can be played in online or local multiplayer with multiple Switch consoles and you can even keep score of who won which game over a multitude of rounds so you can really assert dominance over your foes. Unfortunately, many games cannot be played when sharing a single Switch console – mostly card games and the mini video games. It’s disappointing that the developers couldn’t implement some sort of work-around that would enable playing every game locally on a single Switch console, as this really is an extremely appealing way to play the game for many Switch owners. 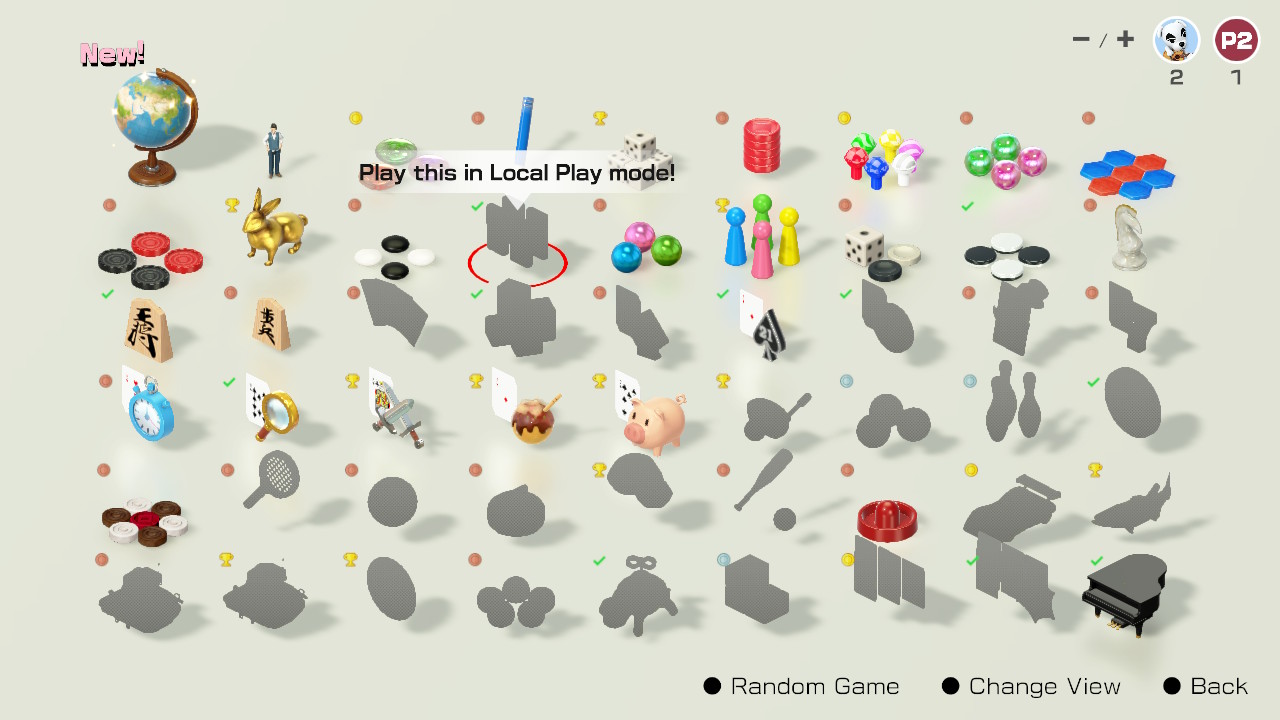 Another disappointing aspect of 51 Worldwide Games is the scarcity of the unlockable customisation items. Completing challenges will invite new NPC characters to your world that will occasionally bring gifts in the form of special items such as unique card patterns. The problem is these items are few and far between and they’re quite limited. Sure it’s fun using a Mario-themed card pack, but it would have been even better to be able to customise the boards for the various games, or the background scenery that the games take place in. Even better would have been if these items were purchasable with currency earned through playing the games and beating challenges. The game is currently fairly lacking in incentive to beat CPU’s on the various difficulties and the lack of customisation options does make the overall collection seem like a broad package without much depth. 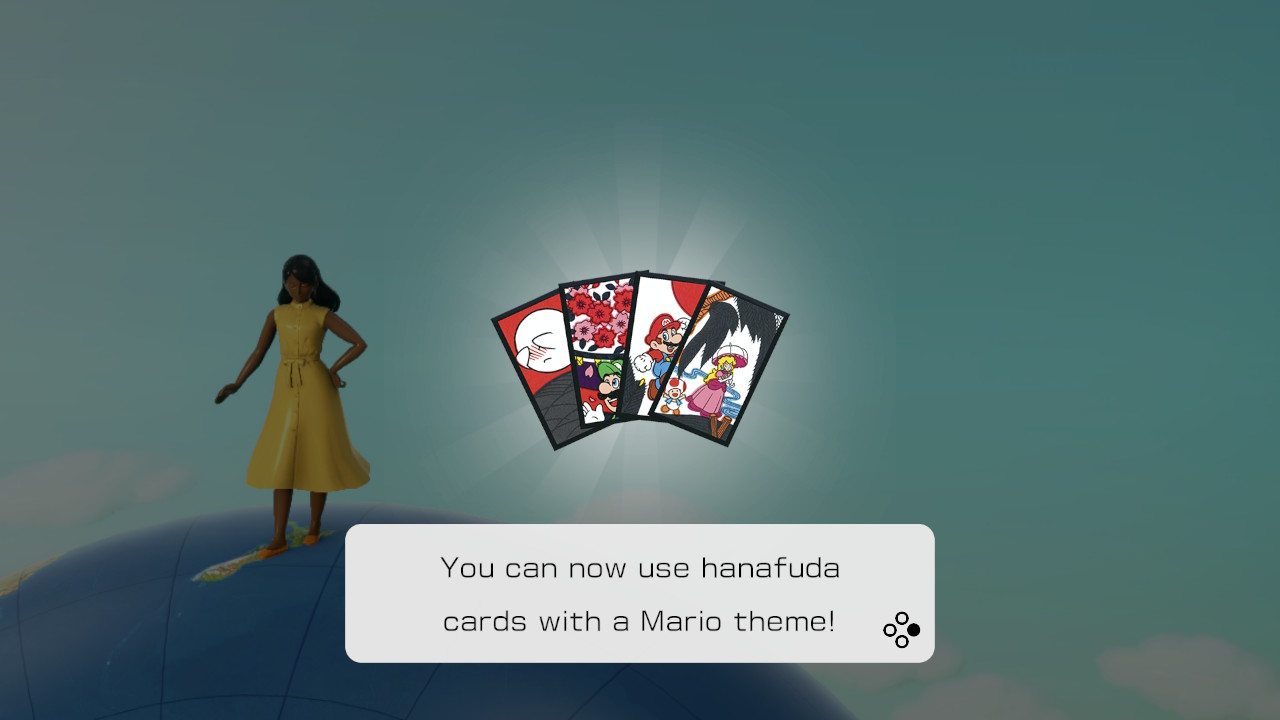 Despite the aforementioned quibbles I have with the shared-screen multiplayer experience and the lack of incentive for repeated solo play, I still think 51 Worldwide Games is an excellent package. You know why? Because Chess is really fun. As is Connect 4 and Hanafuda (another new experience for me). Combine the vast selection of games available with the ease of use of playing with the touch screen or Joy Con controls, plus the terrific teaching tools on offer, and 51 Worldwide Games is an  impressive value proposition. 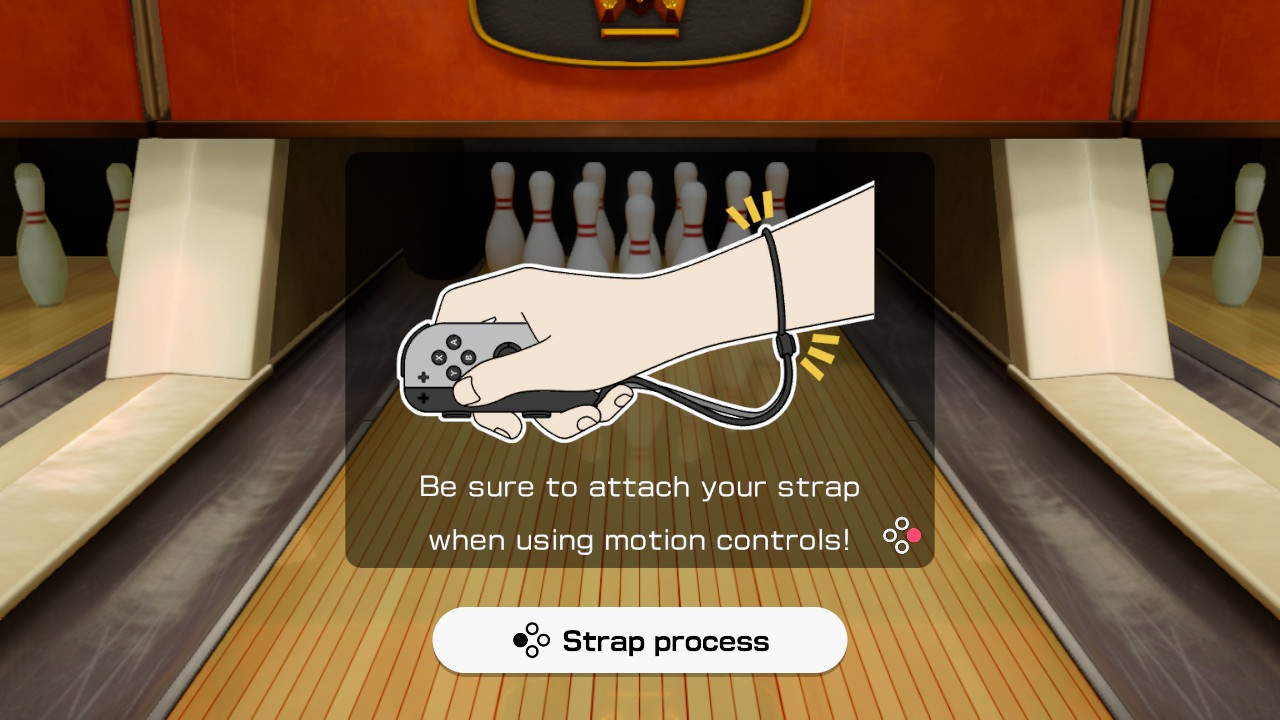 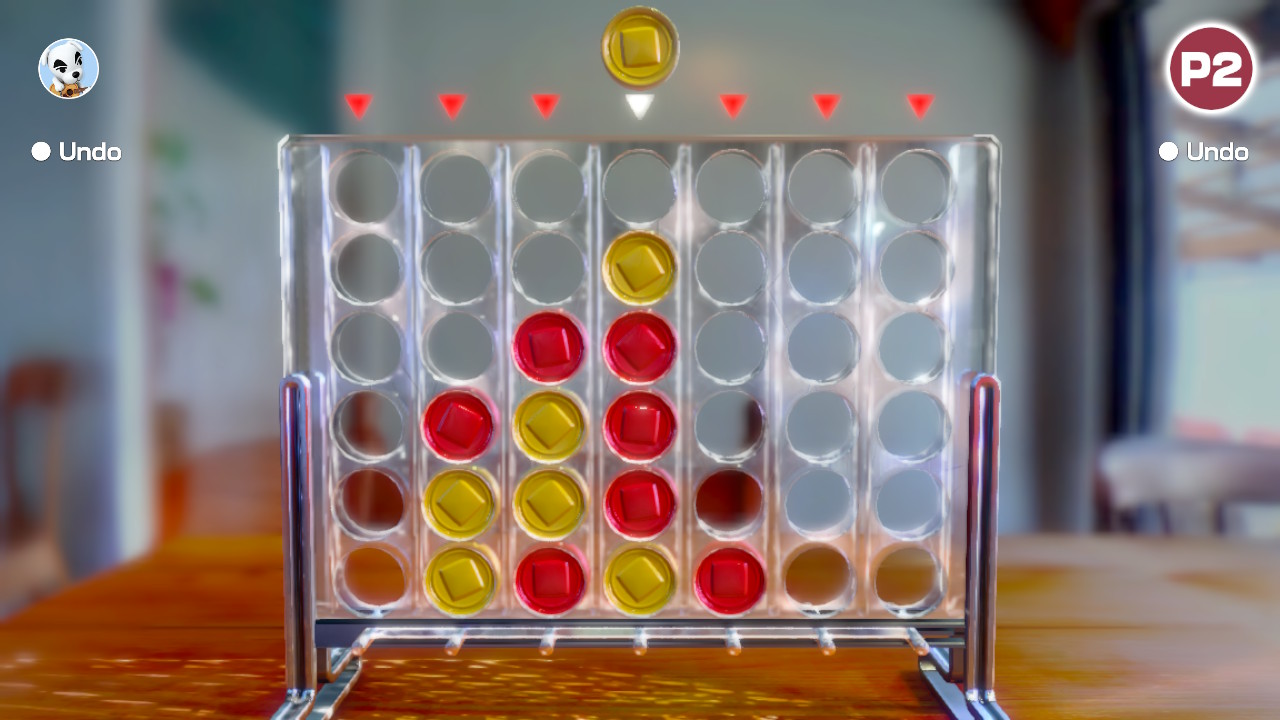 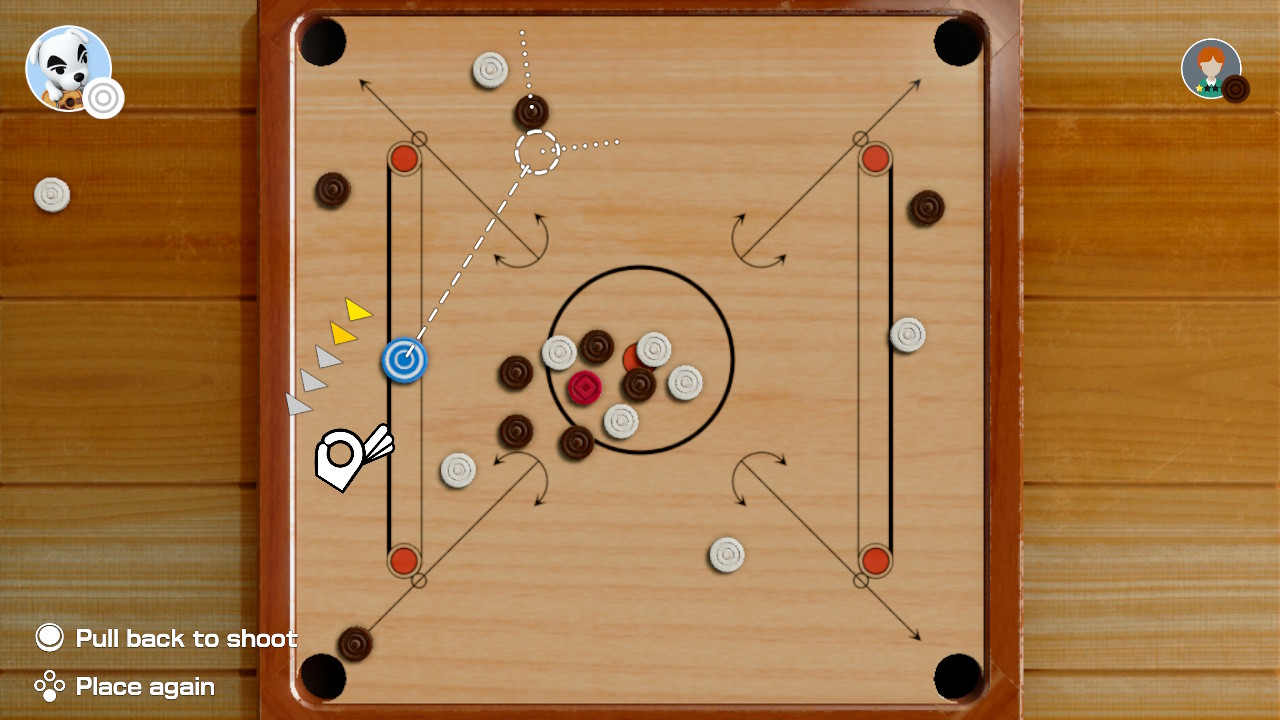