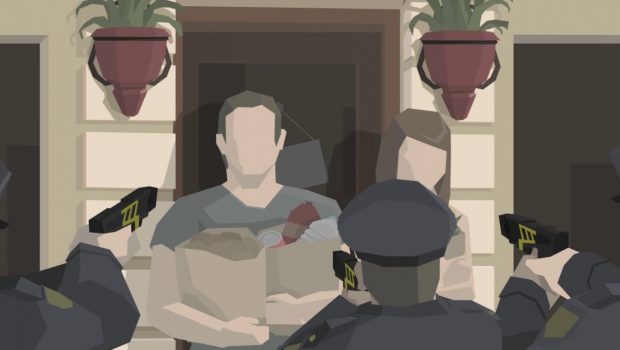 This is the Police | moral choice strategy adventure out this summer

Minsk/Munich, April 12, 2016/… To celebrate their publishing partnership, Weappy Studio and EuroVideo Medien have released a new story trailer for moral choice strategy adventure game This Is the Police. The game is set to release this summer as a digital download for PC, Mac and Linux. Console versions for Xbox One and PlayStation 4 will follow soon after.

Imagine you’ve served as the head of a Police Department for decades. Put yourself in danger, did your duty, stayed an honest cop. And then you get a simple letter from the City’s mayor, saying “Thank you. You are fired. Please leave in 180 days.” The response to this from This Is the Police’s not-so-selfless-hero Jack Boyd to this is equally as simple: “To hell with it!”

Players take on the role of Jack Boyd and have to decide how they spend his last 180 days as Freeburg City’s retiring Chief of Police. Jack has one clear target: $500,000 needs to be in his account before he leaves the office. It’s up to the player what methods Jack uses to achieve this; cooperate with the Mafia? Take bribes? Sell confiscated weapons? Jack will have to find his way between balancing between the daily routine as Chief and making money without getting into trouble

After its successful Kickstarter campaign last year, This Is the Police is in its final steps of development, with the feedback of hundreds of backers who took part in the Alpha testing as well as from appearances at consumer shows like EGX Rezzed.

Jack Boyd will be brilliantly voiced by the incomparable Jon St. John (best known for his role as Duke Nukem).

This Is the Police will be out this summer as a digital download for PC, Mac and Linux. Console versions for Xbox One and PlayStation 4 will follow soon after.