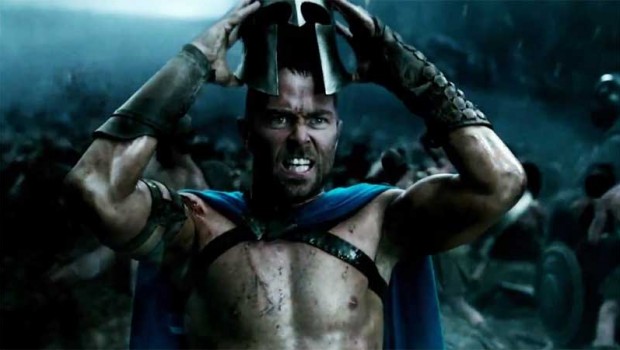 Summary: 300 Rise of an Empire is based on the graphic novel, "Xerxes" by Frank Miller that works great as a popcorn movie!

Based on the graphic novel, “Xerxes” by Frank Miller, we see Persian royalty, Xerxes (Rodrigo Santoro) go from being man to God upon the death of his father, King Darius (Igal Naor). While Xerxes believes that he is in charge, he is under the manipulation of Athens born, but Persian raised and navy commander, Artemisia (Eva Green). Persia sets their sights first on Athens and it’s army led by Themistocles (Sullivan Stapleton) in Xerxes plan for domination. Athens calls upon their rivals Sparta to take on Persia’s army as it is the only way they can match the numbers in their navy. 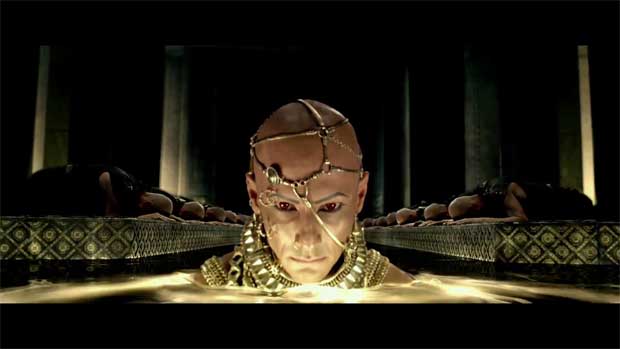 300: Rise of an Empire is in itself both a prequel and sequel to 300 as it starts before 300 Spartans go into battle and continues through the aftermath of their infamous battle. The film is based more on Frank Miller’s graphic novel than history itself so there are a number of historical inaccuracies through the film. For example, Themistocles and Xerxes were never at the battle in which Darius was killed so Themistocles was obviously not Darius’ killer. The title of the film is also a spot of confusion in itself because it does not clarify which empire is on the rise and the empires in the film had already risen before the film begins. However, because this film is based on the graphic novel rather than history, the inaccuracies can be forgiven and people should remember this before going into the film and being disappointed in screenwriters Zack Snyder (who was the director of 300) and Kurt Johnstad for their lack of research.

The screenplay itself is not a particularly strong one as the battle scenes play the largest part in the film. The story is almost the backdrop for the battle. The first half of the film is more interesting from a narrative point of view, while in the second half the story is lost under the weight of battle. However, there are some particularly powerful moments of dialogue spoken by Themistocles and the Athenians. Of course some of the dialogue can be quite corny, as heroic dialogue in battle does tend to be. Yet, as it was said before, the main reason people will go to see 300: Rise of an Empire is to behold its incredibly lifelike ancient battle scenes created by some spectacular CGI. The ancient world is amazingly recreated and so realistic that you forget the actors are standing up against a green screen and are not on the streets of Sparta, Persia or the high seas. The scenes set on the Aegean Sea are particularly spectacular.

Watching the film in 3D makes the film even more spectacular, if not more gruesome. Like the original 300, this follow up is incredibly graphic and violent. This film is absolutely not for anyone who gets queasy from the sight of blood, as there is a lot of it being splattered in every direction. The special effects are obviously not as powerful as on the big screen, they still hold up well on blu-ray. They are still extremely impressive on the small screen. Sullivan Stapleton does well in the lead as Themistocles. His character does not show much development through the film and there is not much of a back story to him (although he does confess that there really is no back story to him besides growing up in combat), but he gives a good performance and is actually very likable. While Stapleton is the lead and has little background story, the exact opposite can be said for Eva Green’s Artemisia. 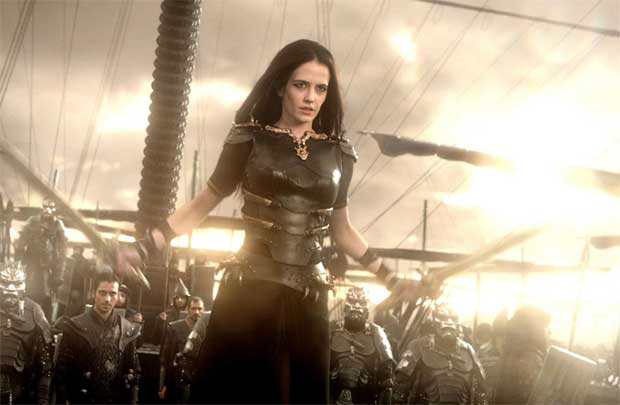 It is debatable whether it is Sullivan or Green in the lead in 300: Rise of an Empire. A great deal of emphasis is based on Artemisia’s background and the film is as much about her as it is about the battle itself. Green does do well as the leading action lady, as she is extremely manipulative and it is obvious it is her in charge and not Xerxes (another historical inaccuracy, but forgiven as it makes great entertainment). She makes for interesting viewing and one of the best parts of the film is when she allows herself a moment of emotion when she is clearly pained by the realisation that Themistocles was the one who killed Darius. 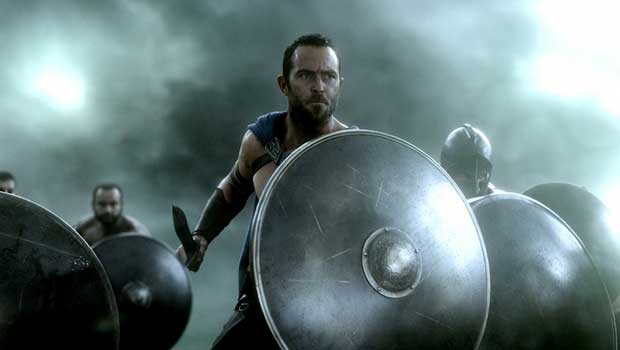 The special features are a perfect companion to the film as they answer all questions about the making of the film and do address the historical inaccuracies rather than back away from them. There are several featurettes on the blu-ray including:

– Taking the Battle to Sea

In Real Leaders and Legends, the historical accuracies and inaccuracies are explored. One of the most intriguing parts of this featurette is that it takes you to the actual locations which the events in the film occurred at. It is intriguing to see what these places look like now and interesting to try and imagine what they may have really looked like as the battle was taking place. 3 Days In Hell also shows you how both 300’s were filmed up against the green screen and the parallels between the two films. 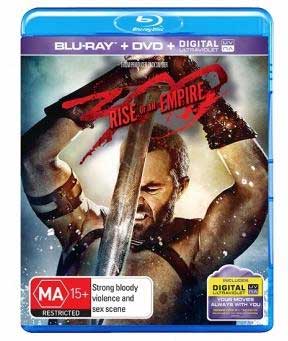