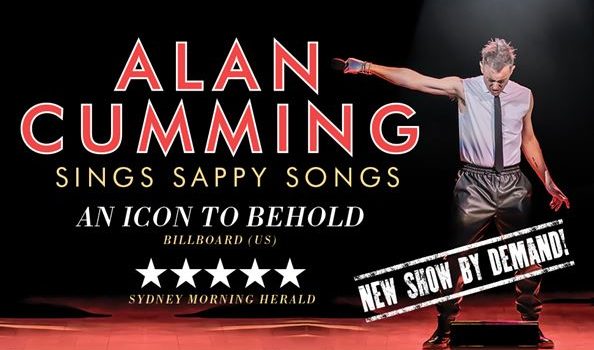 Frontier Comedy are pleased to announce that due to overwhelming demand, a second and final show at Melbourne’s Comedy Theatre (Sat 17 Jun, 7:30pm) has been added to Alan Cumming’s upcoming Australian tour. Tickets to the newly added Melbourne show are on sale from 4pm AEST today.

★★★★ ½ ‘Strength, warmth and honesty shine through in faultless performance…So hilarious, flirty and gorgeously filthy that it’s hard to decide if you want him as a new best friend or a lover.’ – Sydney Morning Herald

★★★★ ‘The androgynous imp is both quiet and uproarious, adorable and sensual, flippant and emotional, otherworldly and inviting…this is precisely why he’s an icon to behold – he is unapologetically himself, and with a talent like that, he has no need to apologize.’ – Billboard (US)