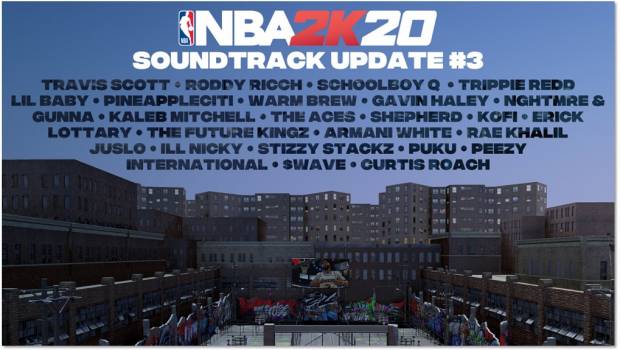 Today, 2K released its third dynamic update to the NBA 2K20 soundtrack with the addition of 24 new songs from artists such as Travis Scott, Roddy Ricch, Schoolboy Q and Trippie Redd.

This third update features a mixture of songs based on NBA 2K’s commitment to introducing our fans to new music from artists they know and love, and also up-and-coming and frontline artists from the UnitedMasters roster. UnitedMasters artists were selected as part of an ongoing mutual collaboration between the 2K Music team and UnitedMasters.

The Spotify playlist with all of the songs in the third soundtrack update can be found here.

The new songs represent a variety of both well-known and upcoming artists from the world of hip hop, R&B and pop: