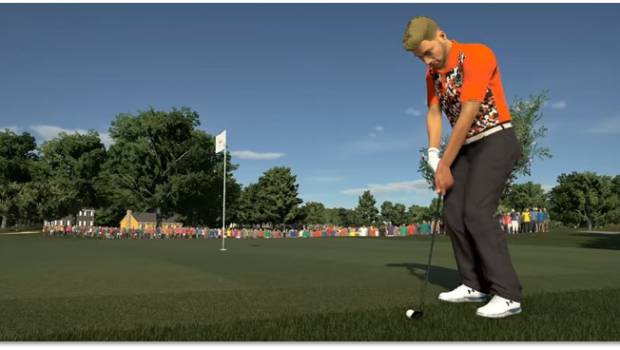 “HB Studios has an established and impressive track record in sports simulation game development, and from its early plans for The Golf Club 2019 Featuring PGA TOUR, we saw significant potential in both the game and future of the franchise,” said Greg Thomas, President at Visual Concepts. “With a solid foundation and talented team in place, we’re eager to leverage our collective strengths and make a notable impact for golf and simulation sports enthusiasts everywhere.”

“I’m immensely proud of all the hard work and passion that our team has put into making this game. It’s truly been a labor of love, and I think that’s reflected in the product,” added Alan Bunker, CEO of HB Studios. “We couldn’t be happier to align with 2K and the PGA TOUR to share our passion for golf and sports simulation gameplay with franchise enthusiasts and newcomers worldwide.”

“We are thrilled to have partnered with HB Studios and 2K to create and distribute the first-ever tournament play mode within a console game, featuring some of the most recognized PGA TOUR events including THE PLAYERS Championship,” said Len Brown, Chief Legal Officer and Executive Vice President Licensing for PGA TOUR. “The career mode will allow our fans to rise through the ranks and earn their way onto the PGA TOUR, where they will compete on authentic TOUR courses.”

The Golf Club 2019 Featuring PGA TOUR sets a new franchise benchmark for authenticity and realism, including:

In addition, for the first time in franchise history, players will experience an officially licensed PGA TOUR Career Mode:

Finally, The Golf Club 2019 Featuring PGA TOUR will now include a robust online multiplayer system for matchmaking and private matches:

The Golf Club 2019 Featuring PGA TOUR is rated G and is available now for digital download on PS4™ system, Xbox One and Windows PC. In addition, physical versions of the game will be available at participating retailers this spring. For more information regarding The Golf Club 2019 Featuring PGA TOUR, visit thegolfclub2019.com, become a fan on Facebook, follow the game on Twitter or Instagram using the hashtag #TCG2019 or subscribe on YouTube.