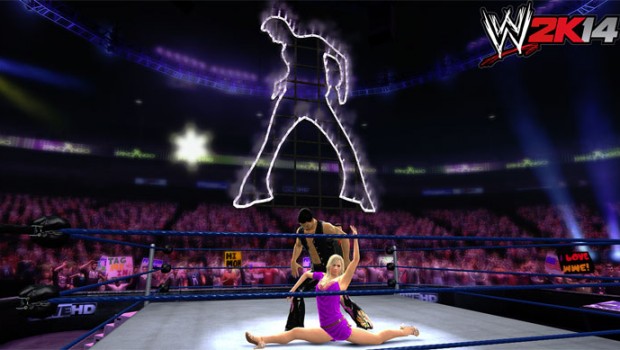 Sydney, Australia – October 22, 2013 – 2K today announced details surrounding downloadable content and a Season Pass program for WWE® 2K14, the forthcoming release in the flagship WWE video game franchise. The content offering, slated to include an extensive variety of playable WWE Superstars, Divas and Legends, will be available for the Xbox 360 games and entertainment system from Microsoft and PlayStation®3 computer entertainment system.

The WWE 2K14 downloadable content program is scheduled to include the following items, which will be available on the Xbox Live online entertainment network from Microsoft for Xbox 360 and on PlayStation®Network for the PlayStation®3 system:

Players may purchase WWE 2K14 downloadable content at a reduced price point through the game’s Season Pass program. For a one-time price of AU$29.95 MSRP, a saving of more than 25 percent versus individual content purchases, players will receive the following items: