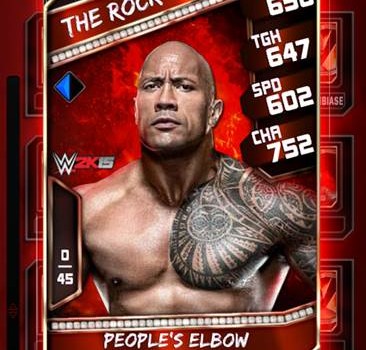 Key features in the latest WWE SuperCard update include:

With more than four million downloads since the game’s launch on August 14, 2014 and an average rating of 4.5/5 stars on the App Store for iOS devices, as well as 4/5 stars on Google Play, WWE SuperCard has cemented its position as the most successful WWE-branded game for mobile devices to have ever been launched by 2K or WWE.

Developed by Cat Daddy Games in conjunction with Visual Concepts, both 2K studios, WWE SuperCard is available now for download on the App Store for iOS devices, including the iPhone®, iPad® and iPod touch®, as well as the Google Play Store and Amazon Appstore for Android™ devices.