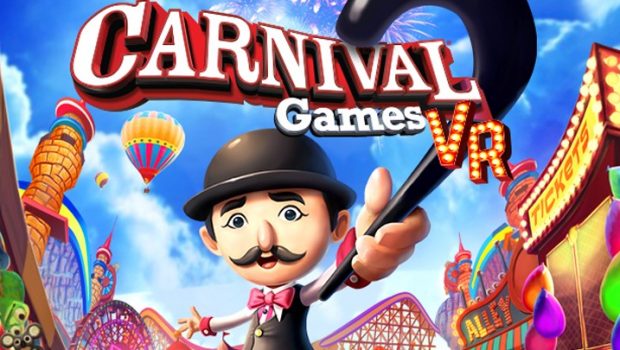 Sydney, Australia – September 1, 2016 – 2K today revealed Carnival Games® VR, a new take on the hit franchise created by Cat Daddy Games that has sold-in more than 9 million copies worldwide. Carnival Games VR will be 2K’s first virtual reality offering to leverage today’s leading edge technology that will bring the fun and thrill of 12 different carnival games into living rooms in an entirely new and engaging entertainment experience. The title will be available worldwide for digital download for AUD$29.95/NZD$31.95 on October 28, 2016 for HTC Vive™ and PlayStation®VR; and later this year for Oculus Rift.

“Virtual reality is an exciting new emerging platform that has the potential to enhance the way that interactive entertainment is created and experienced,” said Sarah Anderson, SVP of Marketing at 2K. “As our first foray into this space, we wanted to deliver a highly accessible entertainment experience that would allow players to immerse themselves in the familiar, classic fun of our Carnival Games series. With its stylized interactive environments and all-new features, Carnival Games VR will deliver the magic of the midway like never before.”

Carnival Games VR allows players to explore the park, interact with patrons and play up to 12 different games. Whether it’s scaling a castle in Climbing Wall or rolling for a high score in Alley Ball – everyone will find a favorite. In each of these games, players have the opportunity to collect tickets for fun virtual prizes when they enter one of four different Carnival Alleys. All prizes are held in the Play Room where they can be used to unlock unique achievements. In addition, players will have the opportunity to challenge their friends and see if they can earn the top spot on the online leaderboard. For full details on all 12 games, please see the Official 2K Blog.

Carnival Games VR will be available for digital download for AUD$29.95/NZD$31.95 on October 28, 2016 for HTC Vive (via Steam) and PlayStation®VR (via PlayStation Store), and later this year for Oculus Rift.