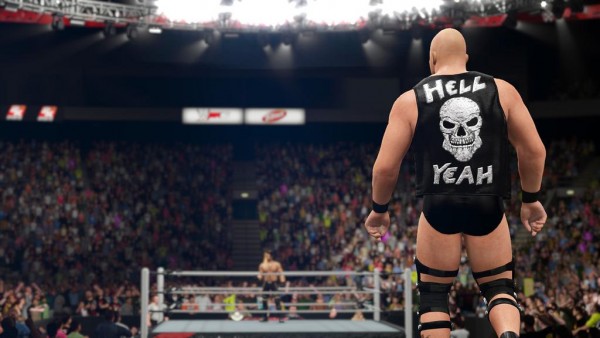 Sydney, Australia – January 29, 2016 – 2K and WWE® (NYSE: WWE) today announced that the companies have extended their partnership with a new multi-year exclusive agreement granting 2K the worldwide rights to develop and publish WWE video game properties across all major platforms and distribution channels. WWE® 2K, the simulation-based flagship series developed by 2K’s Visual Concepts studio and Yuke’s, will continue a successful 18-year tradition established by past WWE titles, including the recently released WWE® 2K16. In addition, 2K will continue to invest in WWE® SuperCard, the breakout hit card-battling game developed by its Cat Daddy Games studio, which has been downloaded more than nine million times since its initial release. Financial terms of the new agreement were not disclosed.

“2K’s partnership with WWE over the past three years has resulted in a successful and important addition to the Company’s portfolio of profitable franchises,” said David Ismailer, Chief Operating Officer for 2K. “We are thrilled with the positive momentum of the WWE 2K series, including generating year-over-year growth, as well as the success of WWE SuperCard. We are very pleased to extend our partnership with WWE and look forward to many more years of collaboration.”

“2K’s leadership in authenticity, quality and overall brand dedication has been a perfect complement for WWE,” said Casey Collins, WWE Executive Vice President, Consumer Products. “Our continued partnership ensures WWE remains at the forefront of global video game brands as we continue innovating and publishing our offerings on multiple platforms.”

WWE 2K16, the newest addition to the simulation-based WWE 2K franchise, released in October 2015 for the PlayStation®4 and PlayStation®3 computer entertainment systems, Xbox One and Xbox 360. Heavily praised for its annual growth by critics and consumers alike, WWE 2K16 delivers the most authentic, comprehensive and action-packed WWE video game experience to date, including the largest roster of WWE Superstars, Divas and Legends in WWE games history, the story-driven 2K Showcase based on WWE 2K16 cover Superstar Stone Cold Steve Austin® and significant additions to the game’s Creation Suite and online offerings, as well as a host of gameplay enhancements.

WWE SuperCard initially launched in August 2014, with multiple add-ons to date, and is available now for download free of charge on the App Store for iOS devices, including the iPhone®, iPad® and iPod touch®, as well as the Google Play Store for Android™ devices. Featuring more than 700 cards in active play, the game challenges players to build teams of WWE Superstars, Divas and Legends, train them to their full potential, battle in various match types and test their luck in fast-paced tournament action. In addition, players can enhance their free-to-play experience through purchase of individual card packs. WWE SuperCard has seen more than nine million downloads to date and currently holds an average rating of 4.5/5 stars on the App Store, as well as a 4/5 rating on Google Play.