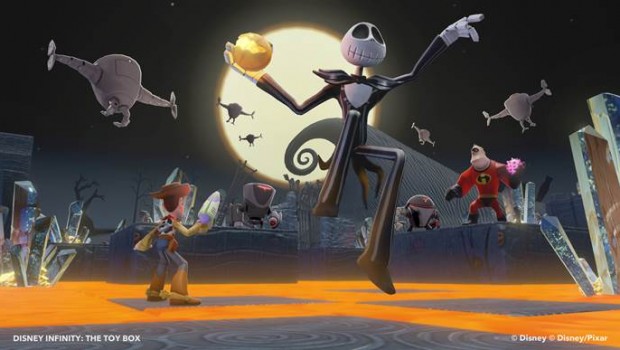 Tomorrow, Disney Interactive is bringing Disney Infinity’s Jack Skellington to Australian stores. Just in time for Halloween, the Pumpkin King of Halloween Town is all scared up and ready to show off his unique charm to Disney Infinity players.

The Toy Box shown in the video is called Halloweentown and can be downloaded and played today on the PS3, Xbox 360, Nintendo Wii U and iPad versions. To access the spooktacular Nightmare Before Christmas themed Toy Box, select “Toy Box” from the Main Menu. Then

Jack Skellington will be available in Australia on October 31 for an RRP of $17.95 at all participating retailers.