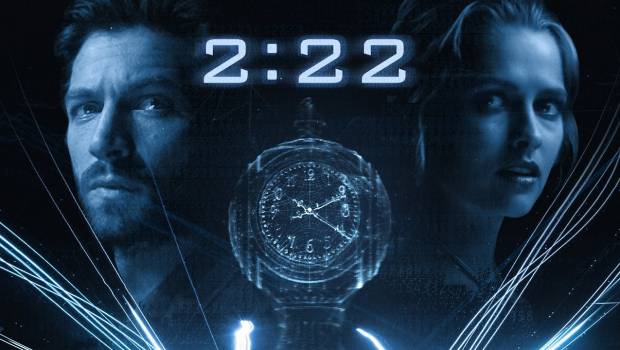 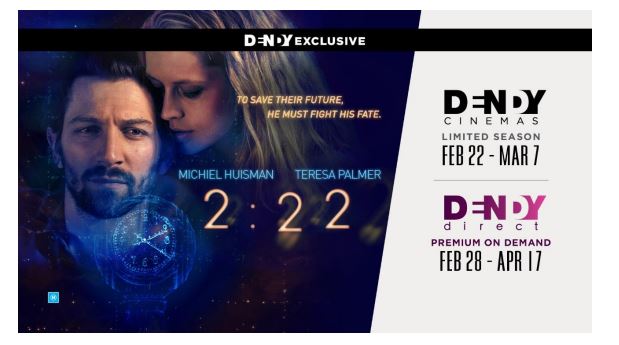 Dendy is excited to announce that Paul Currie’s electrifying new thriller 2:22 will be released exclusively at Dendy Cinemas on February 22 for a limited season followed by premium on demand on Dendy Direct from February 28 to April 17.

In 2:22, Australia’s Teresa Palmer (Hacksaw Ridge, Warm Bodies) stars alongside Game of Thrones’ Michiel Huisman in a story of love that will not die and lovers who may not survive. Air traffic controller Dylan (Huisman) lives his life each day with consistent precision, but nevertheless senses something is missing. An ominous pattern of events becomes evident as it starts to repeat itself in exactly the same manner, at exactly 2:22pm every day. When he crosses paths with the beautiful Sarah (Palmer) they both feel a sense of connection, but little do they know they share a bond that transcends time itself.

Booking online has never been easier, as Dendy has said goodbye to booking fees. Patrons can now book online to secure their seats, skip the queues and never pay Booking Fees again. There’s more to love at Dendy.