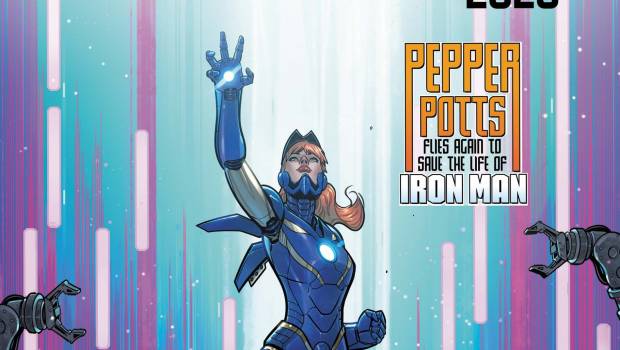 Summary: Pepper Potts has always been the heart of the Iron Man series and here she flies as Rescue in a different timeline to the Marvel movies.

Pepper Potts has always been the heart of the Iron Man series and here she flies as Rescue in a different timeline to the Marvel movies where Tony Stark has died and been replaced again by an artificial intelligence and has deactivated himself again.

This was an interesting story and I have always wanted to see a story centred around this character. Not sure we will ever get a Rescue movie with the Marvel movie actors but hopefully an animated series may eventuate.

The artwork if great and also the characters and story. If you are a fan of the Iron Man series you would already be familiar with this character and want to follow the story.

Not sure what other characters will appear in this story line but it would be interesting to find out. There is something about a robot revolution going on that is more of a sideline and Hydra is still an active threat.

As a comparison to the Black Widow recap series this is much better and I would rank to alongside the Ghost Spider story in terms of quality.

I would recommend this if you are a fan of Iron Man or liked Pepper Potts in the movies.