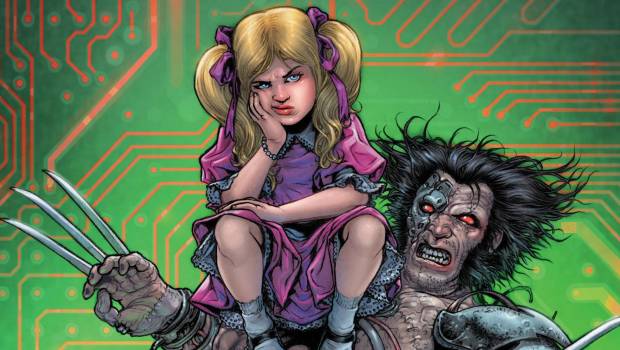 Summary: Robot Wolverine fights the mob to get his beloved Elsie-Lee back. Starts fast and does not let up.

Wolverine’s robot doppelganger Albert has gone into rescue his fellow android Elsie-Lee but they face considerable resistance from various mob factions due to the Yakuza accounts data in the smaller android. They are on the way to the airport fighting as they go, will they make it or not?

This story is part of a winder continuity about an AI war but holds up well enough on its own. Thought it was a bit silly they managed to come to an agreement when asked but let all the other people attack them and get killed. Couldn’t they have done that at the start?

Another story that is good if you like your comics with lots of action. When it starts the two main characters are in the middle of being attacked and it keeps going forward from there.

There are lots of mob characters that fight with them but they don’t really survive that long for you to notice them.

I did like art style in this story as it suits how the action is shown and the character designs look great.

Wolverine always had some pathos about him as everyone he loves eventually gets killed. I am not sure about Albert but he does seem to have strong feelings towards Elsie-Lee.

I would recommend this one if you are a fan of the Wolverine character and want to see something a bit different in terms of story.