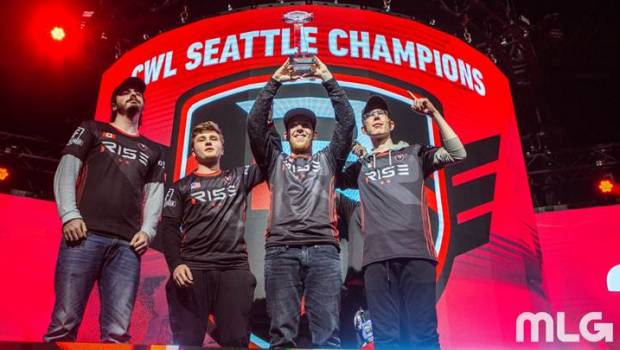 April 24, 2018 – The year’s biggest competitive Call of Duty® event of the season, the 2018 Call of Duty World League Championship, presented by PlayStation®4, is headed to Columbus, Ohio, on August 15 – 19. The definitive competition for the best Call of Duty® esports players from around the world will take place at the Nationwide Arena August 17 – 19 and will close a record-setting season, featuring $4.2 million USD in total prizing. The first two days of competition (August 15 – 16) will be streamed live from the MLG Arena in Columbus, Ohio.

“We’re only half-way through the season and already it’s been an incredible year for the CWL.  Not only are teams competing for over $4 million USD this season, which has raised the stakes for everyone, but the action at every event has been amazing,” said Rob Kostich, EVP and general manager of Call of Duty, Activision. “The CWL continues to grow and that’s thanks to the greatest community of players and fans in the world.  We can’t wait to see what unfolds as we head to Columbus this August.”

The announcement was made prior to the Grand Final at the CWL Seattle Open where Rise Nation captured the title of CWL Seattle Open champions, after three-days of intense competition. Teams Evil Geniuses, eUnited, and Echo Fox rounded out the top four spots at the CWL Seattle Open, Presented by PlayStation®4, at the CenturyLink Field Event Center in Seattle, Washington. Players competed in Call of Duty®: WWII on PlayStation®4. Rise Nation will also be immortalised at a future CWL event in the G FUEL Hall of Champions, where championship teams throughout CWL history are celebrated for their achievements within the entrance of Call of Duty World League Global Open events.

Rise Nation’s Pierce “Gunless” Hillman was dominant while helping his team achieve victory in Seattle, earning him the title of ASTRO Gaming CWL MVP of the tournament. Following their historic Loser’s Bracket run at CWL Seattle Open, the Rise Nation roster makes a strong argument to be named the SCUF Gaming Team of the Week, which honours top competitors in the CWL each week.

In addition to the excited crowd, the first-ever Call of Duty World League event in the Pacific Northwest was streamed to fans around the world on MLG.com/CallofDuty and Twitch.tv/CallofDuty, as well as within the in-game Call of Duty®: WWII theatre on PlayStation®4. Here are the final placements for the CWL Seattle Open:

The next Global Open event in the Call of Duty® World League calendar brings competitive action back to the Anaheim Convention Center. The CWL Anaheim Open takes place June 15 – 17.