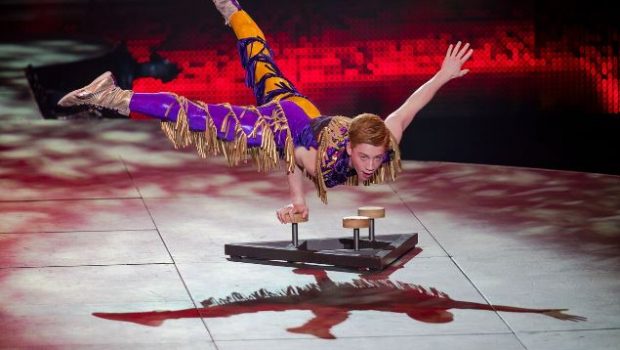 How many students have the opportunity to be mentored by some of the entertainment industry’s finest like Chong Lim, Neill Gladwin and Deon Nuku?

How great would it be, as a young performing arts student to be able to put this on your CV?  ‘I have performed in front of an audience of thousands at Hisense Arena and for a television broadcast.’

This is a reality for Victorian government school students involved in the Victorian State Schools Spectacular program.

The Spectacular is one of Australia’s largest recurring performances and brings together 3000 Victorian government school students from Prep to Year 12 in a showcase event.

Registrations are now open for government school students to participate in the 2017 Victorian State Schools Spectacular, which will be staged at Hisense Arena on Saturday 16 September 2017 and filmed for television broadcast.

Students can get involved in a number of different ways. Talented young musicians, dancers, singers, skaters or acrobats can audition or submit a video, and students interested in audio, lighting, film, photography or stage management can register to gain work experience.

Produced by the Department of Education and Training, the Spectacular helps to develop each student’s performance skills, discipline, perseverance, cooperation and confidence under the training of industry professionals.

The program contributes to a number of Victoria’s Education State targets, including: more students reaching the highest level of achievement in the arts, ensuring kids are happy, healthy and resilient, and increasing pride in our schools.

Adam Witbooi – Vocalist, Victorian State Schools Spectacular 2010 and 2011 said “Playing live gigs has helped a lot with my confidence; however being in the Spectacular has broadened my performance capability so much. Learning how to dance whilst singing, to sing different styles and put on different facial expressions… Just over those few months I learnt so much!”

Emma Rumian – Principal Dancer, Victorian State Schools Spectacular 2016 and year 12 student in her first Spectacular said “The best part about this Spectacular experience is working with amazing choreographers and executing what will be an amazing performance. Being a part of such a passionate and hard working group of principal dancers is what makes this whole experience worthwhile.

Being in an environment with highly recognised choreographers working alongside us is a great start towards a future career. Coming into this show, I have made many new friends which I am sure will continue on after the Spectacular has ended. I am really looking forward to showing the audience what we have worked on throughout the year. I am learning new skills that I have never had the opportunity to do. Branching out of my comfort zone is such a great opportunity to experience all genres which is something that will help in further years”.

Madeleine Blaikie – Violinist, Victorian State Schools Spectacular 2014, 2015, 2016 (final year)
The best part about this Spectacular experience is the amount of talented people involved in the show! Every single person who takes part in the Spectacular, from our tutors to conductors to fellow cast members, are all incredibly talented and it is truly humbling to work with so many intelligent and gifted people. I am learning so much about technique and musicality. My sight reading has improved immensely and I think being part of the orchestra for the last two years has helped me to develop into a more mature and experienced young musician.”