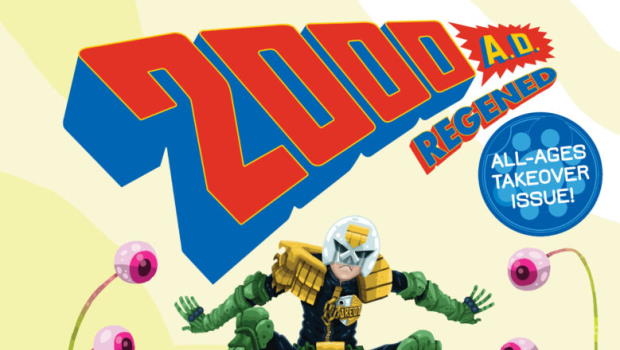 Summary: From a young Dredd to someone sent to an isocube by an older Dredd and other stories in between... a mix of stories for readers of all ages.

Touted as an all ages collection of stories 2000AD Regen Prog 2246 has a decent mix of tales to whet your Dredd Whistle. There are five stories here altogether 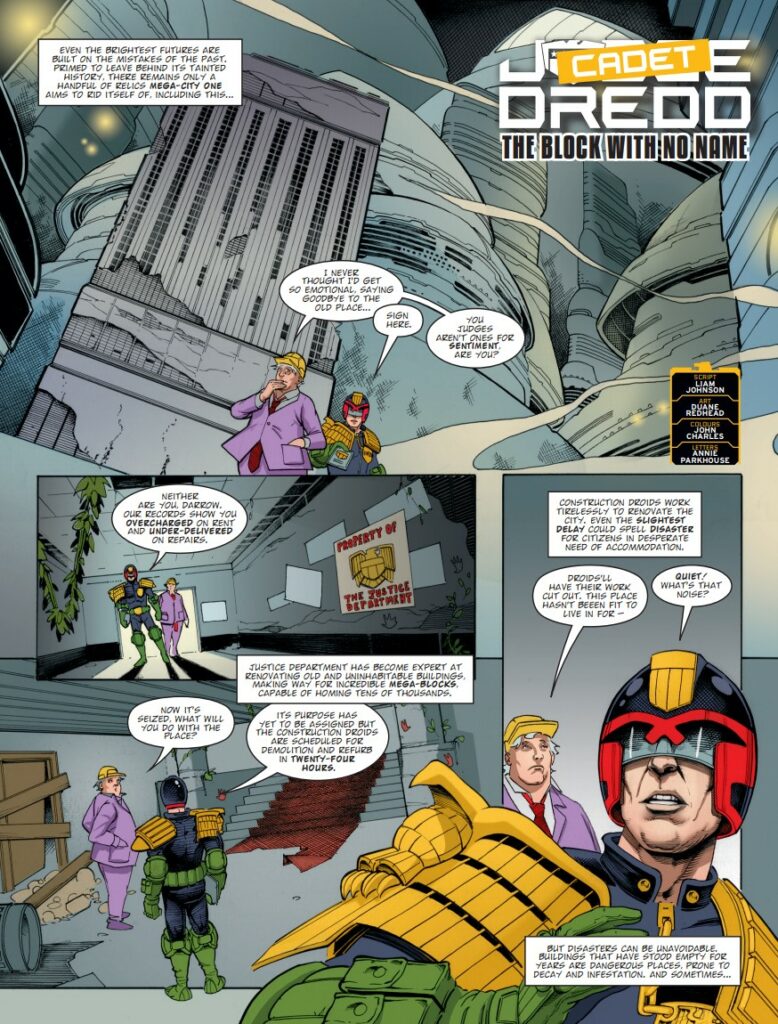 There’s quite a bit of variety on display here. Starting with Cadet Dredd we get a look at the young man that would become the best known Judge. We get a peak of his uncompromising ways but a hint of humanity as well. Mayflies has a touch of Bladerunner to it and shows it’s not just in MegaCity one that life can be quite bleak. ‘Splorers is the levity of the collection… a playful family outing that is more than it first seems. Future Shock examines the continued wastefulness of humans and how some can find treasure in others “trash”. Chopper in one sense shows that life can go on… even after having been committed to an isocube by Judge Dredd.

As would be expected, like the stories there’s a decent bit of variety here. Cadet Dredd is full of clean lines and colours. Mayflies has a more water coloury/mature feel to the art. ‘Splorers captures it’s playfulness with bright colours and clear distinct lines. Future Shock has a sort of scrappy/youthful charm to it and Chopper has a slightly aggressive, angular rebelious feel to the art.

2000AD Prog 2246 is like a showbag of Dredd world stories. Chances are you will like a decent number of the stories, one or two might not be quite to your taste but overall it should seem like good value. I particularly liked the first two stories, for the glimpse at how Dredd was as a young cadet, his approach to the job and how he tackles the social issues associated with enforcing the law. Mayflies fleshes out the wider world and the struggles that those living in it face. ‘Splorers is just a nice fun piece. Future Shock and Chopper are probably my low points… but that’s not to say they are bad… just that they aren’t quite to the level of the other stories.

A good collection to dip your toes in the 2000AD world. 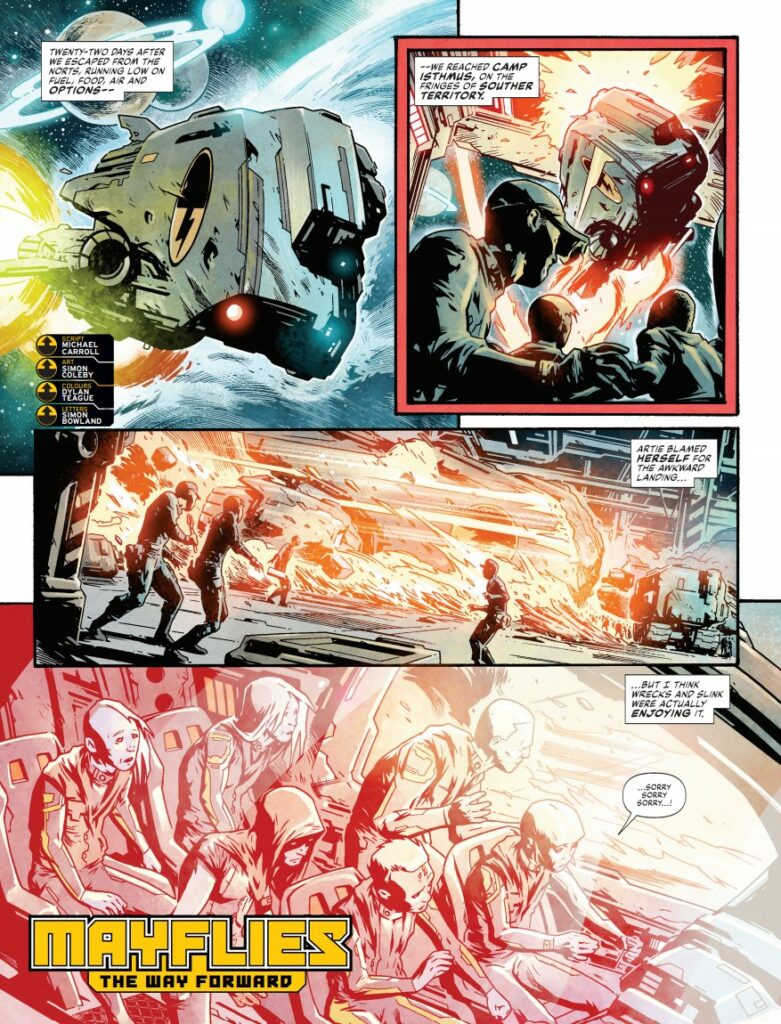